This week public pressure, in particular from Peace Now media and online campaigns succeeded in getting a postponement on the proposed Knesset bill  to overule the Supreme Court ruling on Migron.

The proposed ‘Regulatory Bill” couldnt muster enough support and so was postponed.

Thousands had responded to Peace Now’s online campaign to write to Opposition Leaders Tzipi Livni and Labour Party leader Shelly Yachimovich urging them not to vote in favour of the bill. 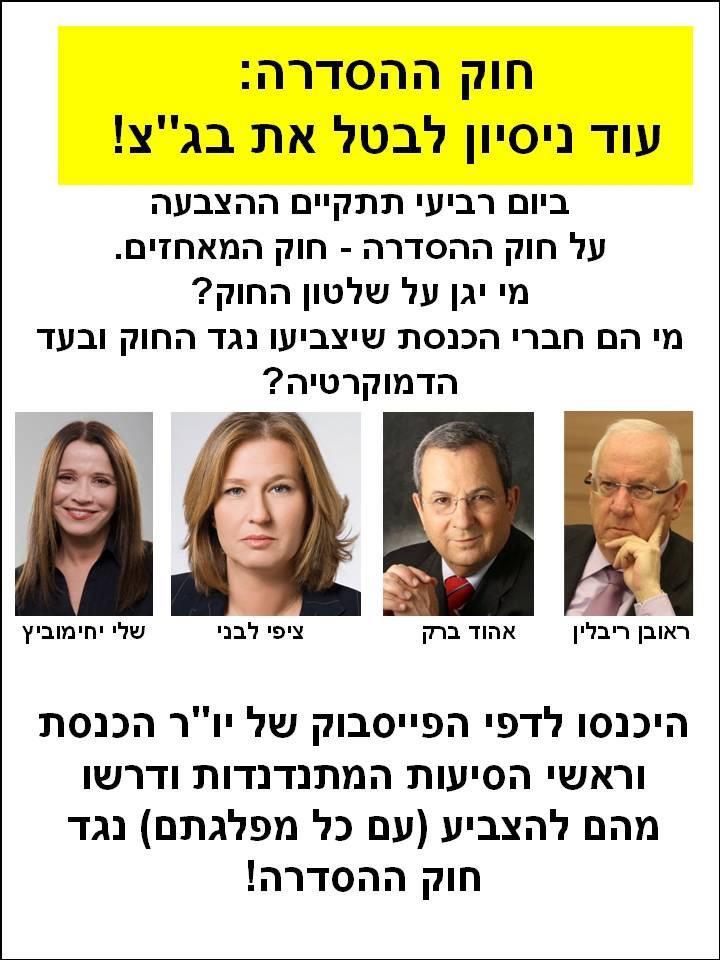