On Friday 16.4 Peace Now returned to Sheikh Jarrah to stand with residents in grave and immediate danger of eviction. Following previous week’s demonstration in which police had exercised disproportionate force against MK Offer Ksassif and caused him injury, hundreds of Palestinians and Israelis came to the demonstration. Watch footage from 9.4 captured by Peace Now’s activism coordinator Nitsan Ron, that has gone viral, here.


The demonstration on 16.4 was a peaceful gathering. Many protesters had arrived in East Jerusalem for the first time after attending the ‘Balfour protests’ calling for ousting of Netanyahu and galvanized by police violence of 9.4. For many, this was the first confrontation with the reality of East Jerusalem settlements. Palestinian and Israeli protesters marched between isolated homes in which settlers blasted music from sound system and their young children peered over balconies at the protesters. The protest included chanting in Arabic and Hebrew and was led by local community organizers. The protest was attended by five Members of Knesset from the Joint List and Meretz.

27 people from 6 families are in danger of losing their homes of nearly 70 years by 2 May 2021. Peace Now has been working with the residents of Sheikh Jarrah on the ground, providing legal and political support to Palestinians in danger of unlawful eviction from their homes, due to the increasing of land grabs and settlements within East Jerusalem. Aided by a non- egalitarian law and a jaded and discriminatory legal system this incremental process of Judeification of East Jerusalem has been taking place for years. The political shift to the right has pushed this process to go under the radar.

Jerusalem is a microcosm of the Israeli- Palestinian conflict and the reality of life under occupation. Peace Now will continue to stand with the residents of Sheikh Jarrah until the certainty that they can remain in their homes indefinitely is re-established. 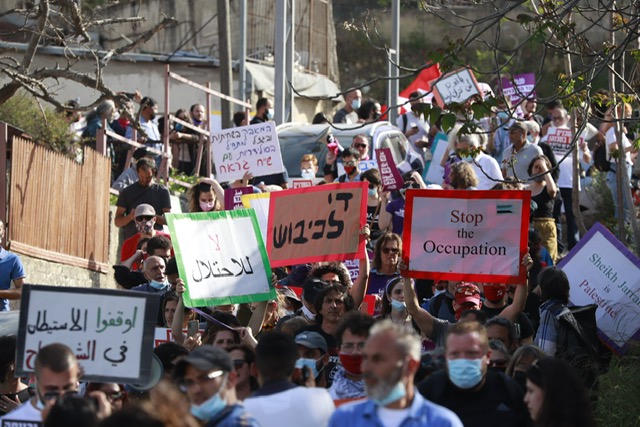 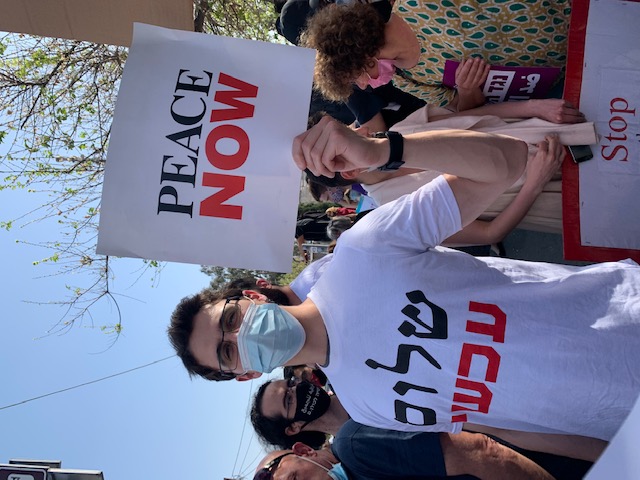 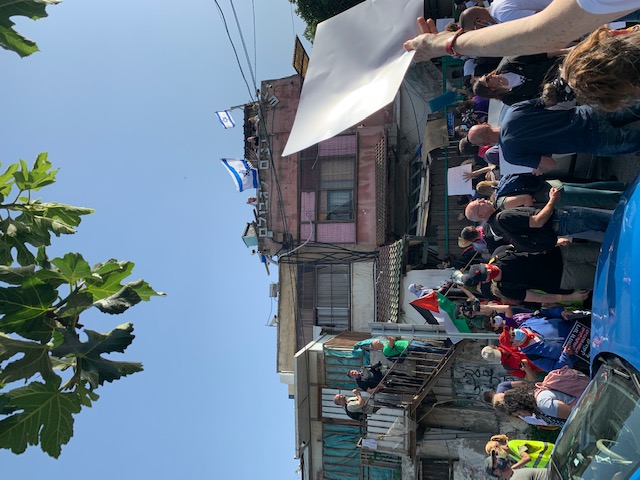