Today the Interior Minister Eli Ishai released a press statement detailing his authorization of construction of thousands of housing units in East Jerusalem and over the Green Line.

The construction referred to is three separate locations:

1. Pisgat Zeev – The plan authorize 625 housing units, plan no. 11647, that we have reported on previously  – is now passed all the relevant procedures – objections were rejected and it now passed the authorization process through the Interior Minsiter’s office. 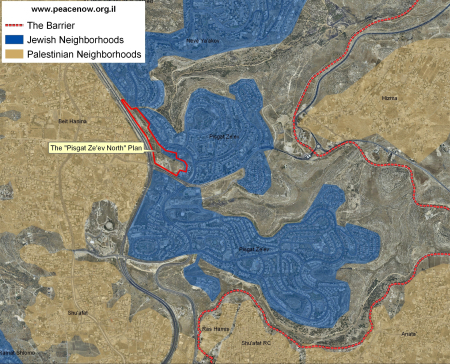 2. Ramat Shlomo (Plan No. 11085, also known as the Biden plan, due to its original publication during Biden’s visit) – The plan refers to 1600 units. According to the press release, the Minister claims to have issued final authorization. However the plan was never deposited for public review, and the regional committee is still working on the preparations for the depositing (last hearing was held two weeks ago on July 24th, 2011).

Either the press release is wrong and the Interior Ministry was referring to the depositing stage that might take place soon and announced as if it was finally approved, or if the statement is true that Ishai did sign to authorize the construction (without the depositing stage), then we will appeal to the courts who will cancel the authorization as the plans cannot legally go ahead without passing the depositing stage. 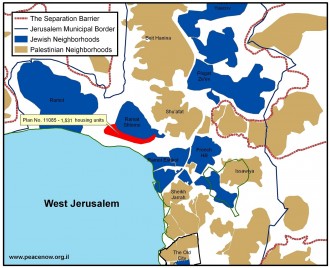 3. Givat Hamatos –  Plan no. 5438A for some 2,000 units – the plan got the final appoval of the reigional committee on 9/9/2008 (under Olmert’s term). The approval for the plan was granted only under the condition that only after the parcelation procedures are completed can the Interior Minister sign the plan and make it valid. As opposed to other plans in East Jerusalem, this plan is not on land that was confiscated by the state but on privately owned lands. In order to implement construction, a long process of “parcelation” of the land between the various owners needs to take place. This procedure is very complicated and takes years, we know in recent weeks a preliminary “parcelation” plan was submitted to a to local committee in Jerusalem.

The Minister must have used this as the chance to authorise the plan. However until construction is actually seen on the ground the parcelation procedure still faces a long process of approvals. 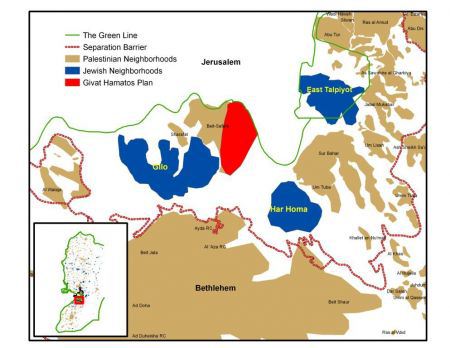 Today’s press statement further shows that this govt is cynically using the current housing crisis in Israel to promote construction in the settlements and serves only extreme right wing ideology.

Interior Minister Eli Ishai’s actions destroys  the chance of reaching any political solution in Jerusalem, and deals a fatal blow to Israel’s status on the eve of the UN Assembly meeting.