Peace Now launched a new media campaign this week to highlight the attempts by settlers to use the Knesset to pass laws in their favour, in particularly laws that would overule Supreme Court rulings regarding settlements and the evacuation of illegal outposts,

The Campaign’s posters read “Stop the Settlers taking over the Country”.

It is impossible to allow the settlers to use the Knesset to pass laws everytime the Supreme Court makes a legal decision that is not in their favour. 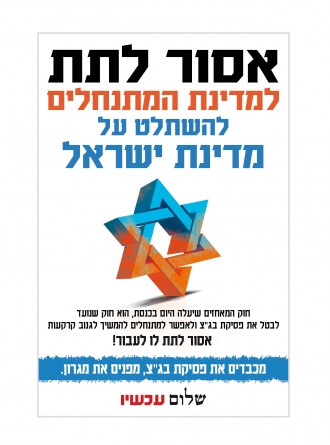