In the last few days members of your camp have declared that you intend to “punish” Peace Now and other organizations for their appeals to the Supreme Court, by building ten new houses and settlements for every illegal house you are forced to evacuate.

Every new home built in the settlements endangers the possibility of a two state solution, makes it all the more difficult to separate from the Palestinians and threatens the Jewish and democratic identity of the state of Israel.

Mr. Prime minister, if you intend to give the settlers a consolation prize, or punish peace now for that matter- Please find a different way to do so, not at the expense of the future of the state of Israel and its citizens. 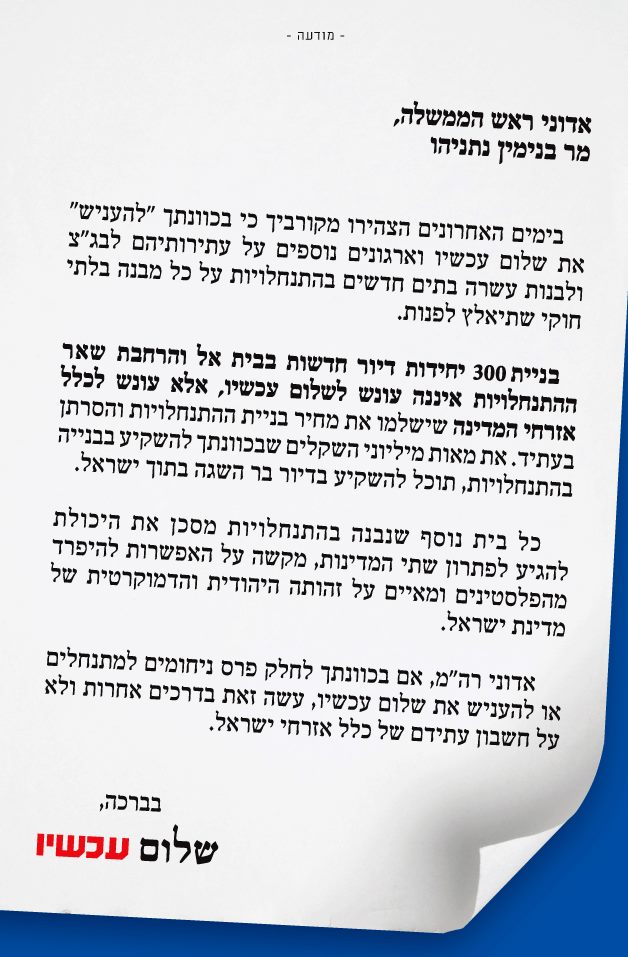