Eye witnesses reported seeing 4 youngsters in their 20’s breaking in the fenced olive grove of J. from Burqa village on Wednesday evening. When we arrived at the place today, we found all the olive trees to have been damaged and uprooted. 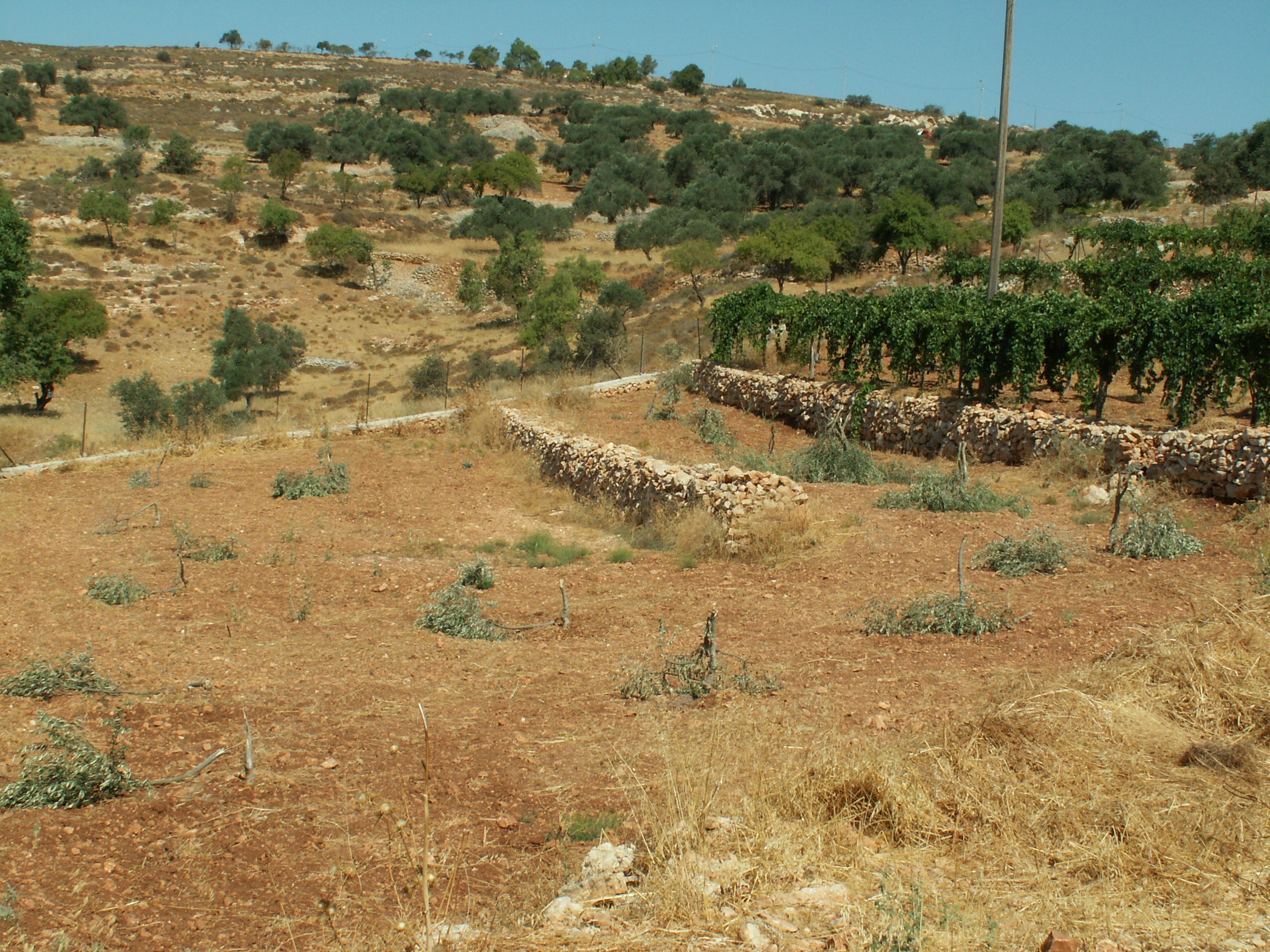 A few years ago, J. begun cultivating his land and planted olives, grapes, apricots, guavas and figs. The 20 olive tress started giving fruit last year. J. tries to reach his land every day, to work and make sure everything is OK.

Some 10 years ago, the outpost of Givat Assaf was established close by, on private Palestinian lands, and the main road to the village was blocked. According to J, this year was the hardest, every time he tries to farm his lands, “the settlers come down from the direction of the outpost and kick us out.” His wife says that one day she came to pick grape leaves and was driven out, and ever since has been too scared to go back out to the land.

In order to avoid damage J. invested in putting up a fence around his land with a gate and lock, put this time it didn’t help. Vandals made a hole in the fence and broke in.

In the past decade more than 10,000 olive trees have been cut down in the Occupied Territories – but not one indictment has been filed! 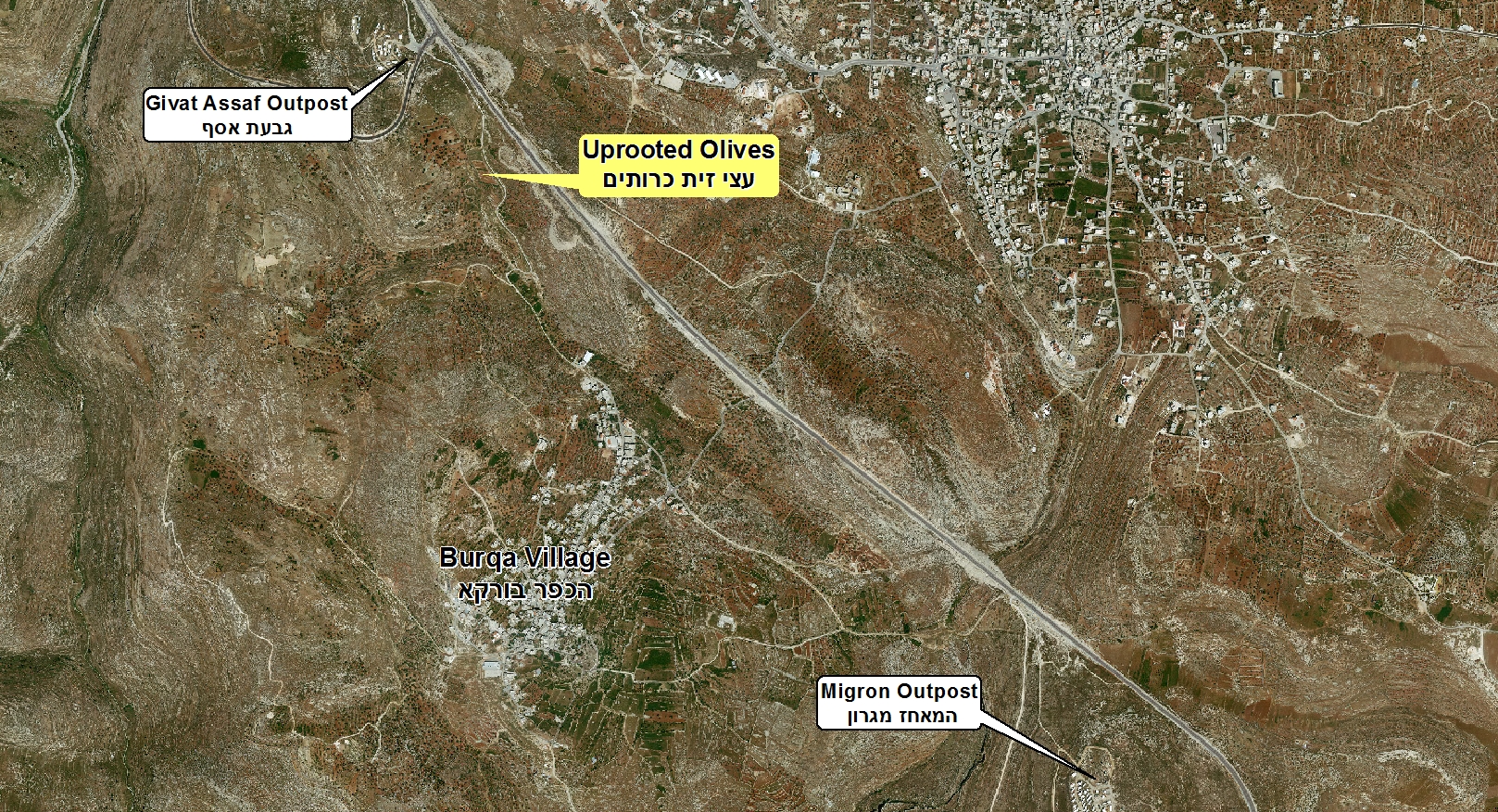