On 18/2/13, an ad was published in local newspapers, announcing the depositing of plan no. 237 for 620 housing units in the settlement of Eli, which is located between Ramallah and Nablus. One week later, on 25/2/13 another plan for the construction of 732 units in Modi’in Illit was deposited. The public was granted 60 days to file objections to the plans, after which the Higher Council for Planning of the Civil Administration may convene to hear the objections and to approve the plans. 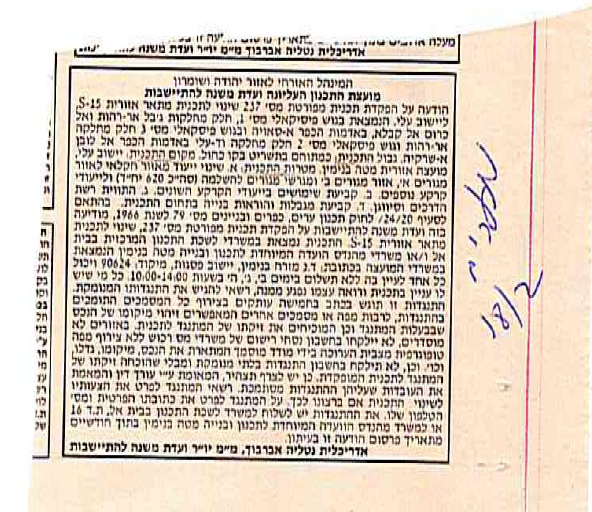 Advertisement for dipositing of the plan in Eli

The plan in Modi’in Illit is for the establishment of a new neighborhood of 732 units called “Matityahu North, Stage C”, at the northern part of the settlement. The plan in Eli is meant to retroactively approve 377 units of the illegal construction in Eli, and to allow another 243 new units to be built. It is a very problematic plan that includes many enclaves of private lands, in which according to the plan no construction is allowed, however, on the ground there are dozens of houses built illegaly and the plan ignores them.
The depositing of these plans follows the recent approval of a series of plans by Minister of Defense Ehud Barak in settlements located east and west of the Separation Barrier (among others, the plans for 695 units in Shilo, 637 units in Itamar, 250 units in Ofra and 346 units in Tkoa and Nokdim).

The settlement of Eli was established during the 1980’s without any legal planning and permits. Following petitions to the court submitted by Palestinians, the Government was forced to start enforcing the law regarding the illegal construction in Eli. As part of this process, the Civil Administration conducted a study which found that at least 166 houses in Eli were built on private Palestinian lands. The new plan cannot approve those illegal houses.

Peace Now: “Netanyahu could have and should have stopped all planning procedures, especially big plans at the heart of the West Bank, until a new government is formed. Despite Netanyahu’s recent statements regarding an interest in negotiations his actions to allow the continuation of these plans elucidates a greater interest in continuing settlement growth rendering a real agreement unlikely. Allowing these plans are also an act of manipulation by creating new facts on the ground, during a sensitive time before the establishment of a coalition and the visit of President Obama, increasing the difficulty of reaching a two-state solution.” 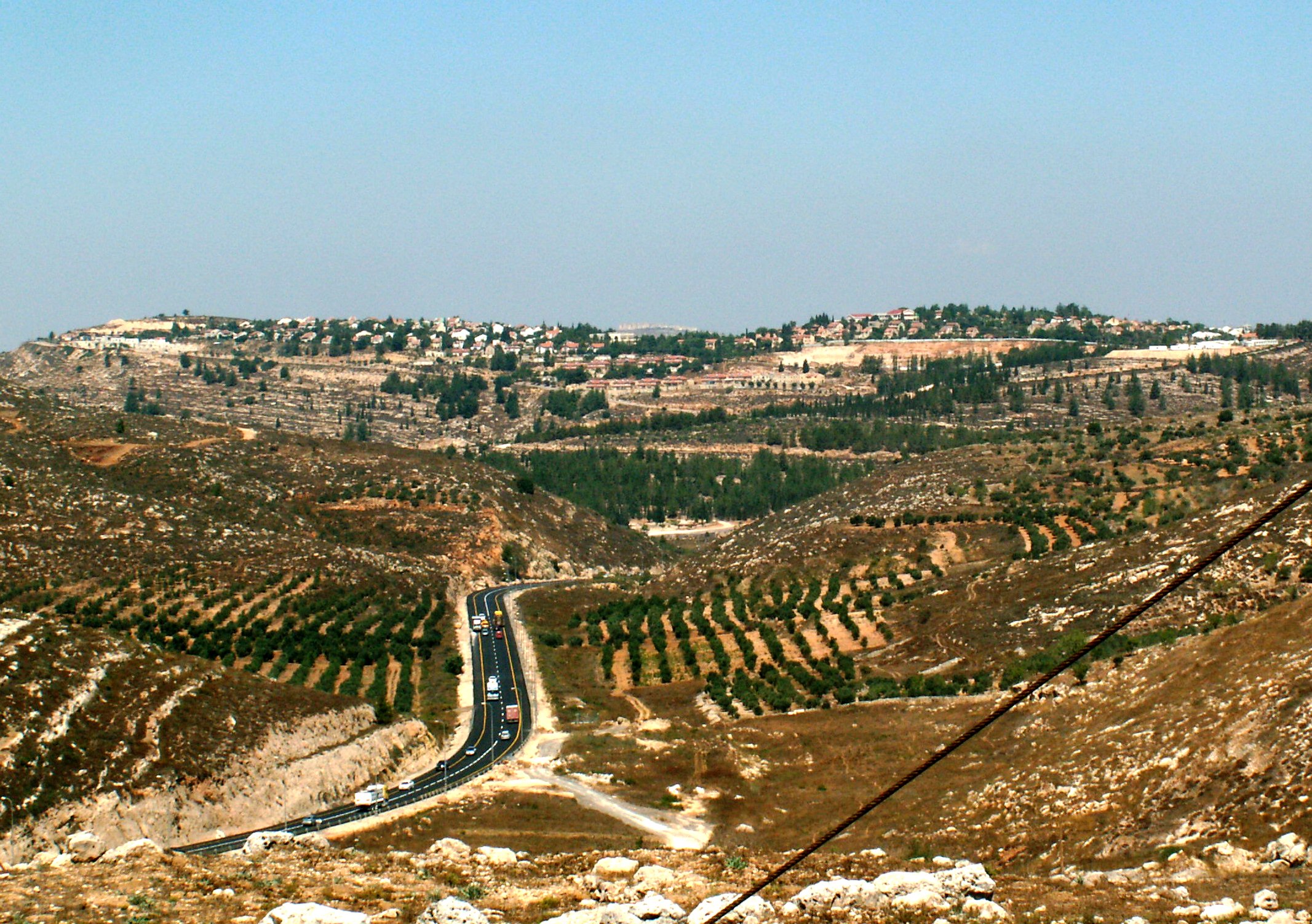 The settlement of Eli