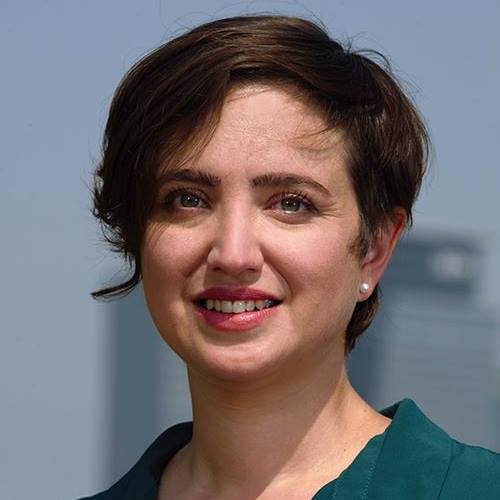 Peace Now announced today that it has selected Shaqued Morag as the new executive director to lead the movement.

Morag, 33, is a seasoned political and social activist. She served until recently in senior positions in the Meretz party, including as the party’s interim secretary-general after Mossi Raz became a Member of Knesset, and as parliamentary adviser to MK Michal Rozin. Previously, she served as the community coordinator in Jerusalem for Mahapach-Taghir, a grassroots Israeli Jewish-Palestinian organization for social change, where she is now a member of the Executive Committee.

Peace Now is also pleased to announce that Yaniv Shacham, who served as director of campaigns and digital media and helped run the movement in the interim since former Executive Director Avi Buskila’s departure, has been appointed deputy executive director.

Upon her acceptance of the position, Shaqued Morag issued the following statement:

“Peace Now has been leading the peace camp for 40 years and is one of the pillars of Israeli civil society. Together with the activists of the movement, I intend to continue the struggle against the creeping annexation policy of the Netanyahu government, which is abandoning Israel’s future. The burning fields in the Gaza environs and the humanitarian crisis as a result of the ongoing siege on the Gaza Strip constitute a painful, daily reminder that a just peace is the only way for both peoples to live safely on both sides of the border. I am proud to join a long list of activists and public figures who led this critical movement.”

Peace Now’s chair of the board, Irena Steinfeldt, passed along the following message on Morag’s appointment:

“Shaqued Morag is a clear and courageous voice in the young leadership of the entire peace camp, and brings with her experience and knowledge that are most relevant to the movement. We have no doubt that she will be able to attract many activists and support from all parts of Israeli society.”

Shaqued, welcome to the team!