According to media reports, a compromise has been reached between Prime Minister Netanyahu, Naftali Bennett and Attorney General Avichai Mandelblit regarding the relocation of the Amona settlers. The solution agreed between the three, based on media reports, includes the evacuation of Amona and the relocation of the Amona settlers to four plots (number 28, 29, 30, 38 as can be seen in the map below) in a nearby hill on absentees’ property (abandoned property) through a renewable two year lease. These lands are private lands and their use for the purpose of settlement is contrary to previous legal opinions of the State. As shown in previous cases, such as that of Migron, the temporary lease could quickly become permanent and allow for the establishment of a new official settlement on private Palestinian lands. To read a Peace Now position paper on this issue click here.

While no appeals were submitted at this point regarding three of the four plots, an appeal has been submitted regarding plot number 30 by one of its owners, who is sharing ownership over the entire plot with other Palestinians. In an unprecedented move, the government now seeks to divide the plot and then use the proportion of the land which is not owned by the petitioner for the relocation of the Amona settlers. In order to do that, a military order allowing for the dissolution of the Partnership between the petitioner and the other Palestinian owners will soon be issued. Usually a dissolution of partnership takes place either through a court order or through an agreement between all parties involved. In this case, however, the land will be divided in a proportional manner to the owner’s share in a unilateral manner and without his consent.

Peace Now: “The Israeli government is replacing one land theft by another. It is willing to crush basic rights of Palestinians, bend Israeli law and violate international law – all in order to satisfy 41 families who knowingly settled on private Palestinian lands. If approved, this temporary solution will quickly turn into another permanent new settlement with housing units and infrastructure on private Palestinian lands.” 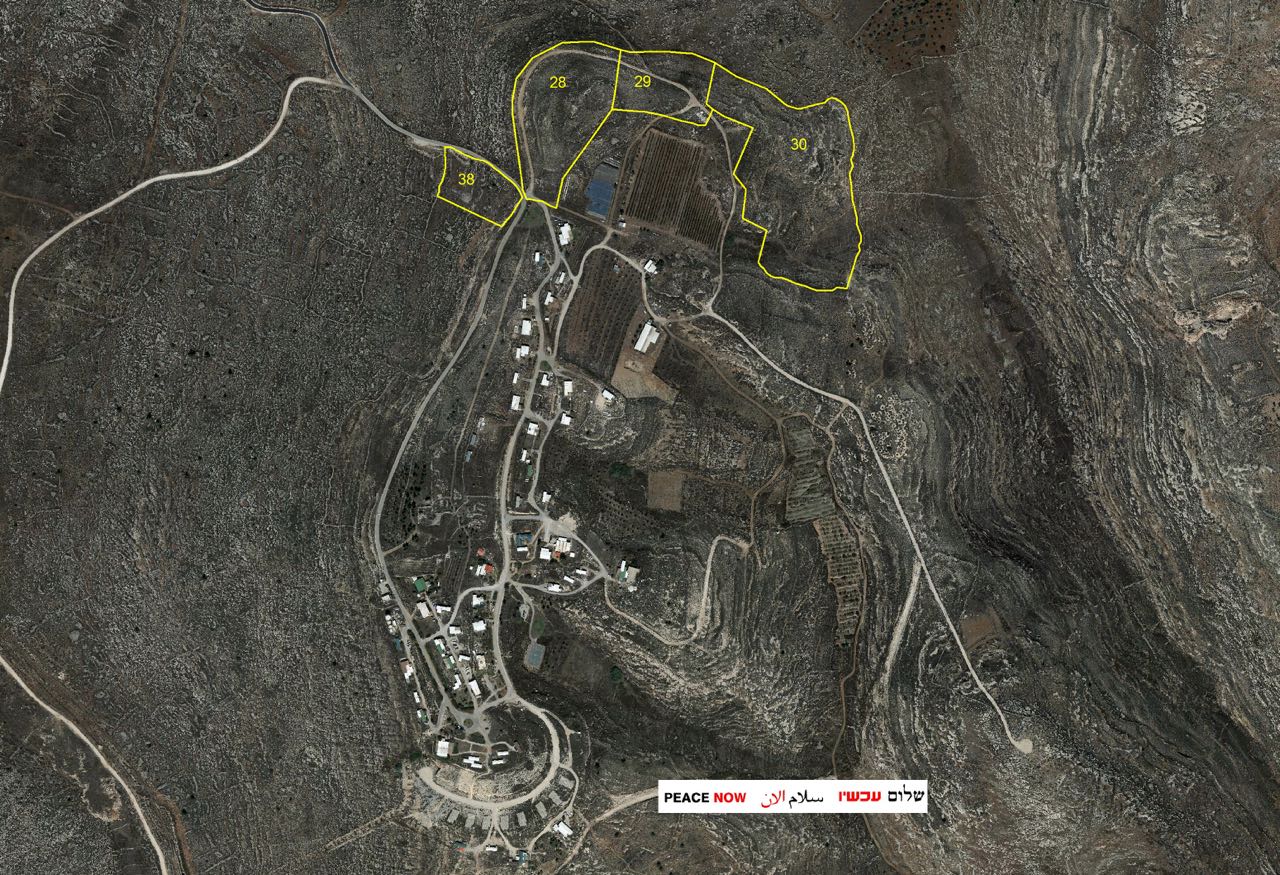