Israeli media reports that yesterday’s government decision included not only operative steps to expand the settlements (i.e, establish a new settlement, publish tenders for 1,992 housing units, and declare 977 dunams as state land for the retroactive legalisation of 3 illegal outposts) but rather also a new government policy towards the building of settlement units. The new policy would enable continuous expansion of all settlements, without any limitations, contrary to how the government is trying to frame this.

A close read of this policy suggests that in practical terms, no restriction would be enforced at all.

First, the policy allows to build everywhere – inside, adjacent to or outside of the settlement.

Second, previous experience has taught us that a policy of “building within” a settlement is in practice a way to dismiss international criticism while at the same time expand settlements, as explained below.

And third, one of the most important effects of the expansion of settlements has to do with the number of settlers that Israel will need to evict in an agreement based on the two state solution formula. For this matter, it doesn’t matter how much land settlements take but how many people live in them.

Why the argument of “building inside, but not expanding, settlements is bogus?

The definition of “inside a settlement” and “expanding” can be quite flexible in the eyes of the settlers and the Israeli government.

To think about this more concretely:

Draw another line connecting your fingers and your thumb. This line represents the land the settlers might argue is, in effect, already part of the built-up area, even if it has no buildings on it yet.

It is this argument over lines – with settlers looking to exploit any loophole they can find in order to permit more expansion of settlements – that has led past US administrations into the trap of seemingly endless and irresolvable negotiations over how to decide what it means to build “inside” settlements. This is not a debate over semantics. Many settlements have far-flung “neighborhoods” that, if used as the basis for the “construction line,” would permit massive expansion that would allow settlements to grow many times over.

One indicator to the real intention of the government is the reaction of the settlers leadership who seems very pleased of the new “restraint”. According to Yesha Council, the new policy, “enables continued settlement establishment within all settlements at Judea and Samaria.”

Examples of settlements and “built-up areas:”

Accordingly, it is possible to identify that there are great “empty” lands between built- up areas within an established settlement. The new policy construction is seemingly permitting of construction within these “empty territories.” Furthermore, because the policy does not define the “outline” of the built up area, i.e, how to draw the “border” of the built up area, it is possible to draw almost any imaginary “outline” that connects distant built up areas, and thus enabling to drastically expand any given settlement. 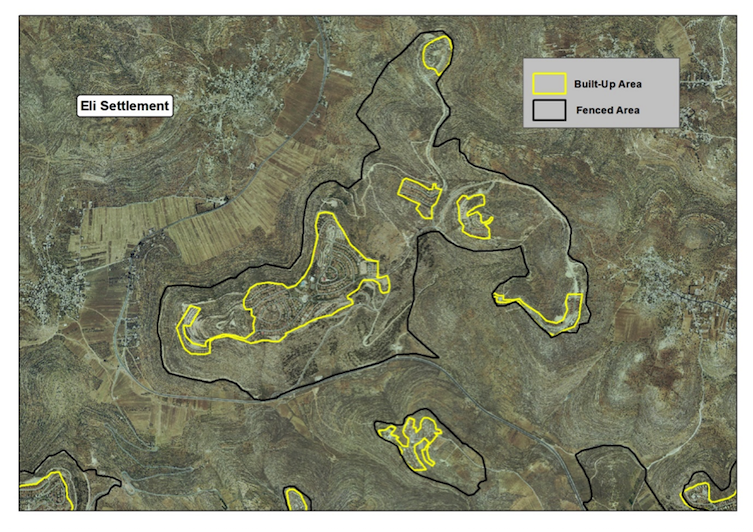 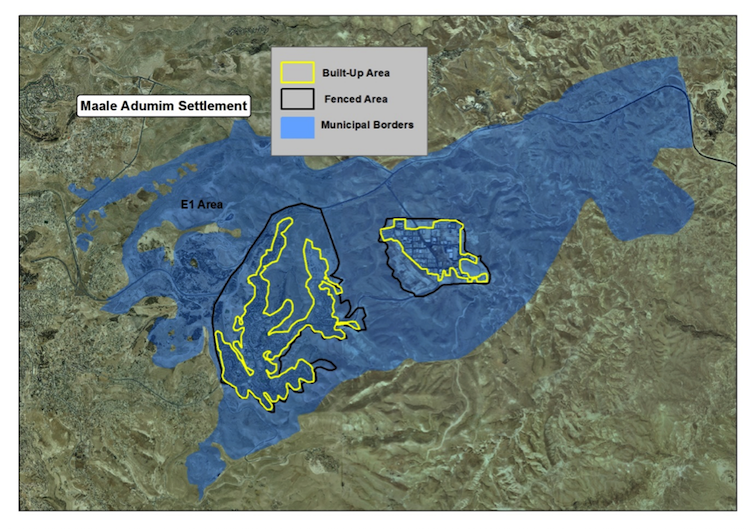