Instead of preventing international isolation, you promoted the legalization law.
Instead of assuring a Jewish and democratic state, you expanded the settlement enterprise.
Instead of presenting a peace initiative, you gave in to your extreme coalition partners.
Instead of telling the public the truth, you used empty slogans.
Instead of leading, you chose to be dragged by others.

But you can still fix the damage:

1. Cancel the legalization law
2. Declare a settlement freeze
3. Disconnect yourself from forces in your coalition calling for annexation
4. Present a peace initiative based on two states for to peoples and end the control over millions of Palestinians 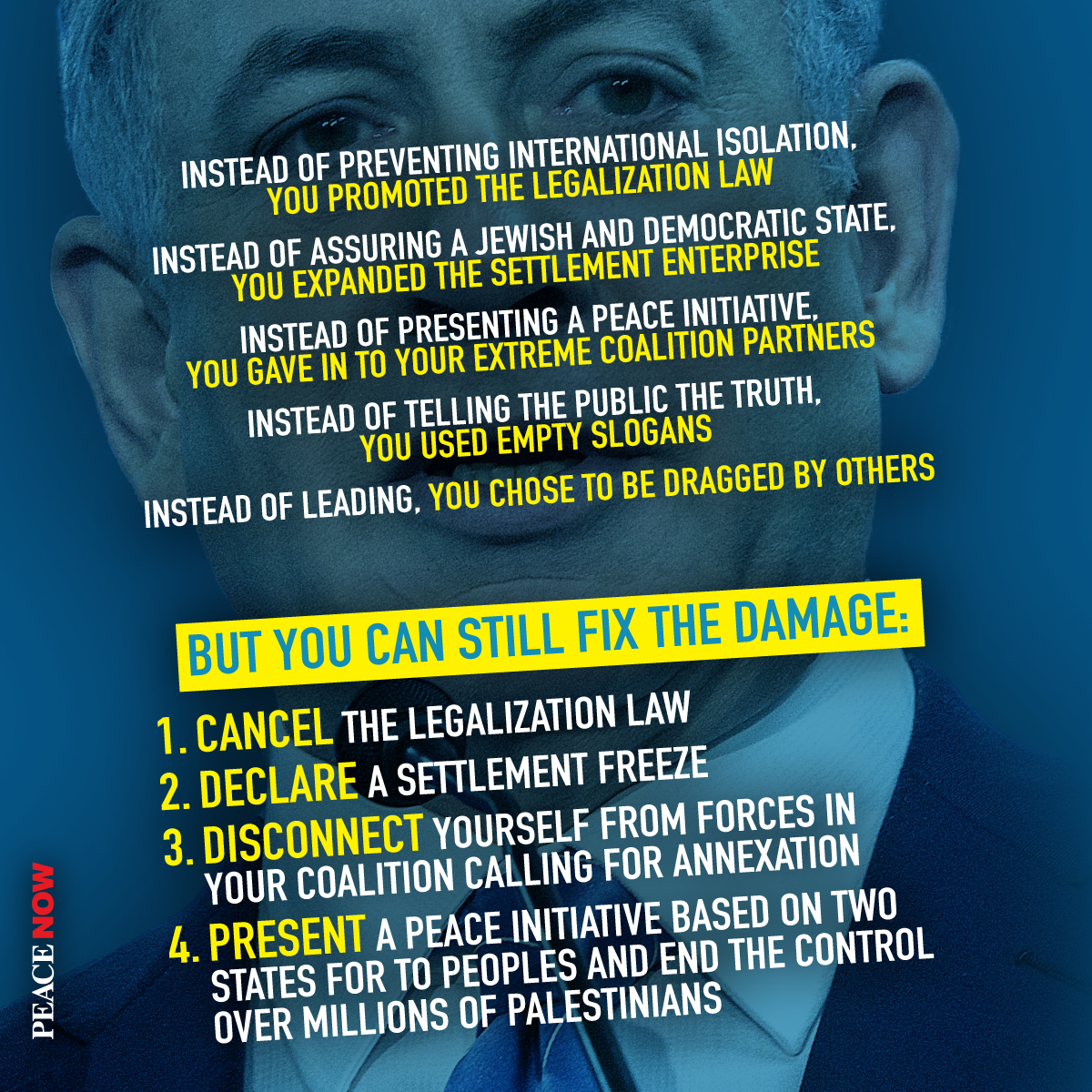