As we here announcements of renewed negotiations, we should consider the possibilities of a political agreement. Even in the worst case scenario Netanyahu has a majority in the knesset to pass a refrendum on a peace agreement. Netanyahu can not use the excuse of lack of support in his coalition.

Israelis will support leaders that lead us to peace. Netanyahu the time to act is now! 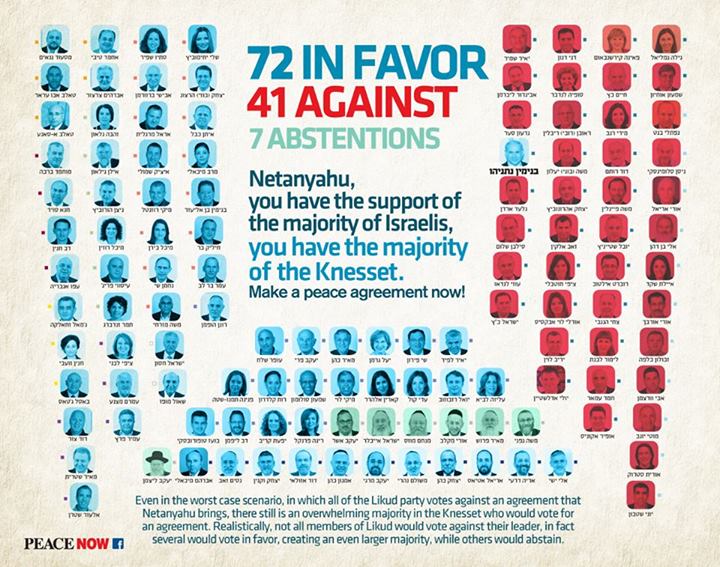