Defense Minister Avigdor Lieberman published a press release today announcing the expected approval of 2,500 housing units in the settlements next week. The announcement also stated that 1,400 units would be advanced through the approval process (it is unclear whether it is additional units or part of the 2,500). As of now, the agenda of the Higher Planning Committee has not yet been published, therefore at this time Peace Now does not have the precise details regarding the plans themselves. However, information already published in the press indicates that most of the plans (about 52%) are to be located in isolated settlements, defined as east of the potential border route of the Geneva Initiative.

The plans, as published in Lieberman’s press release, include the following: 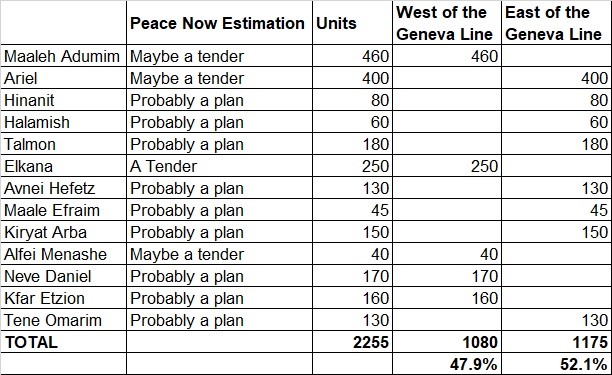 In the year and a half since President Trump took office some 13,987 units in the West Bank has been approved (in plans and tenders, including today’s announcement not including East Jerusalem), which is more than three times the amount that was approved in the year and half before his inauguration (4,476 units). 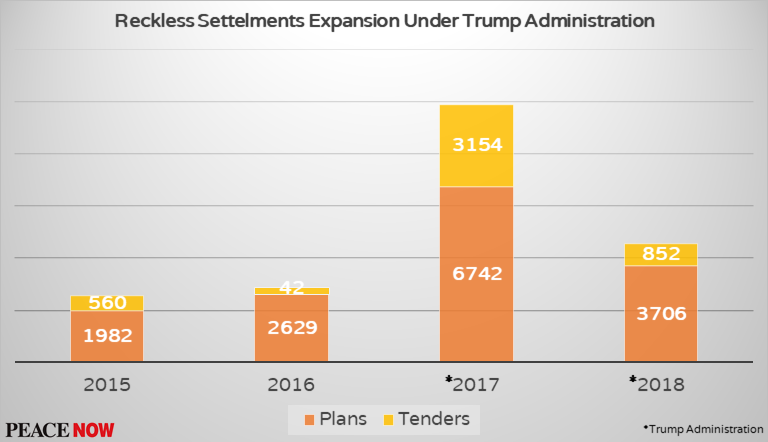 Peace Now: The Netanyahu government is clearly continuing to take advantage of the carte blanche the Trump Administration has given it in order to destroy the chances for peace. It is well-known that for a two-state solution to be feasible Israel will have to withdraw from most of the West Bank, yet the government keeps raising the political cost of this redeployment and the evictions it will entail. By adding housing to settlements, the government shows total disregard for the two-state solution.

The timing of this settlement approval announcement also speaks volumes to the twisted priorities of the current Israeli government. Earlier this week, Israel’s Home Front Command reported that over 150,000 of the nation’s homes in the north are unprotected, necessitating billions of shekels of investment toward an updated rocket-warning system and safe rooms. Currently the Finance Ministry has only set aside 150 million shekels for the matter, yet instead of addressing this critical matter, the government has decided to focus on advancing the settlements enterprise.