The day before the final Migron hearing at the Supreme Court – Peace Now organizes well respected Israeli jurists to publish an open letter decrying the compromise as a blatant desecration of Israel’s precious democracy and rule of law.

Tomorrow the Israeli government will ask the supreme court to accept their compromise with the Migron settelers. By doing so, The supreme court will alter a previous conclusive verdict given by a different  supreme court panel headed by former president Dorit Beinisch, that determined  the illegal outpost is to be evacuated by march 31st 2012.

A. The Migron compromise is a dangerous precedent that will severly damage the supreme courts status and verdicts. The government is seeking to avoid executing the verdict and to alter it in accordance to its political needs.

B. Accepting the compromise will allow the Migrom settelers to continue inhabiting  private Palestinian land for an even longer period of time, and will seriously harm the principal of equality of the law. 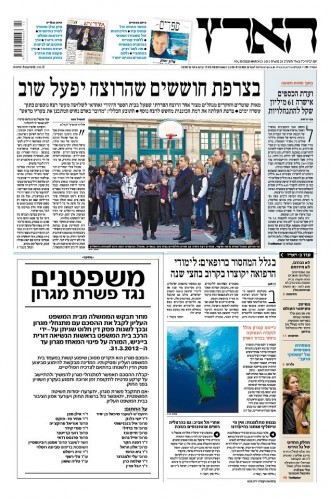