March 8, 2011 | Focusing in on our veteran political activist and co-founder – Prof. Galia Golan

“Given the militaristic nature of Israeli society, even peace movements invoke the military background and prowess of their members in order to gain legitimacy and credence for their positions, as we saw with PEACE NOW (the Officers’ Letter), and more recently, the group Combattants for Peace.

Yet, in fact, women form the backbone of almost all of Israel’s peace groups and grass-roots efforts to end the occupation.

One of the reasons is that women, no less than men, understand that the occupation and continued conflict threatens our lives and security no less than that of men, while, however, we have virtually no say in the fateful decisions on these matters.

At the same time, often excluded from formal political power, women are accustomed to grass roots activity and inter-personal connections.

Some would say we are therefore more sensitive to individual suffering (of those under occupation) and the human price of conflict.

Feminism has focused us on power relations, in the public as well as the private sphere, and the hardships of oppression, whatever its origins.  And certainly Israel’s rule over the Palestinians can only be described as oppression.

For us territory, power, (dubious) glory in battle have little meaning and certainly less importance than equality and freedom from pain and suffering – what today is internationally called “human security.”  And ultimately it is “soft power” – dealing with peoples’ needs and aspirations,  rather than weapons and war, that will ensure lasting “human security” for all of us.

In Israel and Palestine this can only come with peace”

Read Prof Golan’s article from JPOST – “Where has all this feminism got us?” 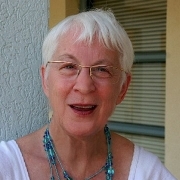 About Prof. Golan:
Professor Galia Golan is the head of the M.A. program and the M.A. specialization in  Diplomacy and Conflict Studies at theLauder School of Government,  Diplomacy and Strategy at the Interdisciplinary Center, Herzliya,  Israel.She is the author of nine books mainly on Soviet policy in the  Middle East, as well as monographs and articles including work on the  Arab-Israeli conflict.  Her most recent works include a book, Israel and  Palestine: Peace Plans and Proposals From Oslo to Disengagement.  Golan  was the recipient of the 2007 Israeli Political Science Association  Award for Contribution to the Field, the 1995 New Israel Fund Award for Women in Leadership, and the 1999 Gleistsman Activist Award for long-time peace activism.