The government expropriated an area of 815 dunams (202 acres), similar in size to the Old City of Jerusalem, in order to legalize the illegal outpost of Haresha, whose area is only 70 dunams (17 acres). According to a statement submitted by the government to the court in a petition by Peace Now against illegal houses built in the outposts of Haresha and Hayovel, the government has confiscated 815 dunams for legalizing the outpost of Haresha (from the Palestinian villages of Mizra’a Al-Qibliya and Al-Janiya, west of Ramallah), and another 189 dunams (47 acres) from the Palestinian village of Qaryut, north of Ramallah, for legalizing the outpost of Hayovel. 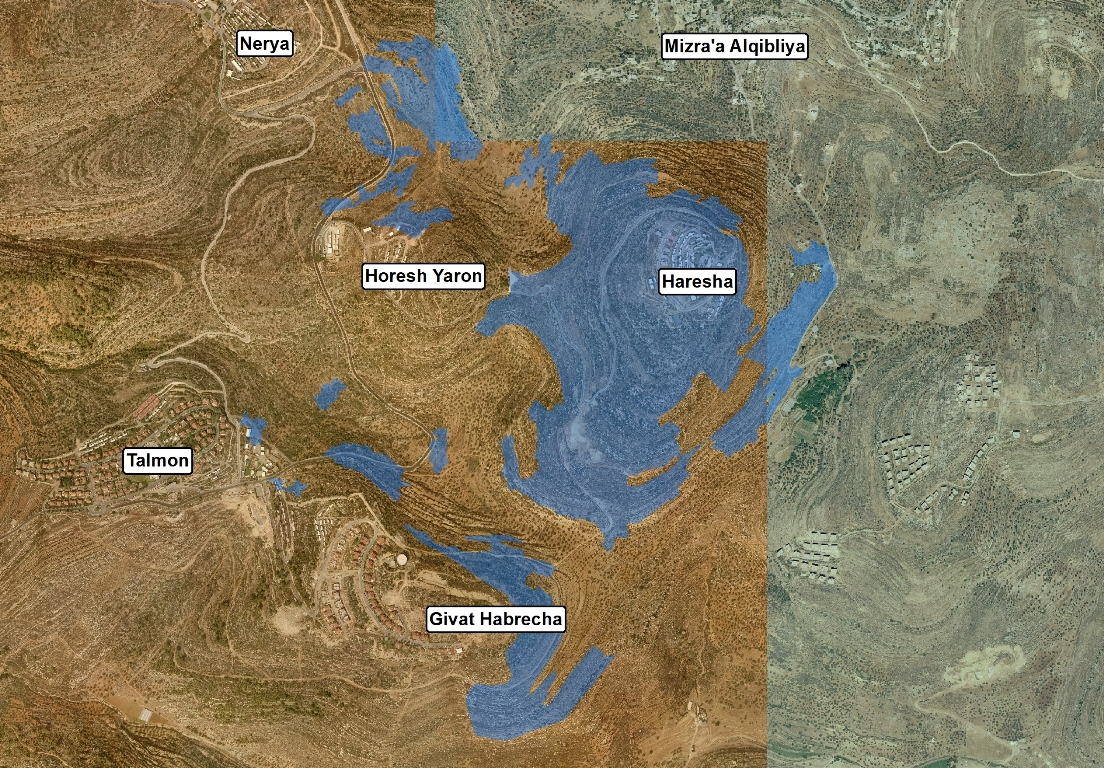 In blue – the lands declared as “State Land”

The Peace Now petition was submitted in 2005, when the houses in Haresha and Hayovel were still under construction. Until 2009 the state continued promising the court it would exercise the demolition orders against the houses and that it was acting to enforce the law and asked the court for more time to demolish the houses. But after the Netanyahu government was established, in January 2010 the state changed its response and informed the High Court of Justice that the government intends to retroactively legalize the illegal outposts and approve the illegal construction, and therefore it asked to reject the petition.

A number of stages are needed in order to legalize illegal outposts:

Only after all of those stages are completed can the outpost be legalized.

The meaning of the declaration order of state land

The land was expropriated by an “order concerning government property” based on a draconian Israeli interpretation of the 1858 Ottoman land law, according to which the Israeli government can declare private Palestinian land that has not been cultivated for a few years as “state land” and transfer it to the use of the settlers. By this interpretation, since the 1980s Israel has declared nearly one million dunams (one fifth of the West Bank) “state land,” thereby forbidding the Palestinians from using it, and allocated most of it to the use of the settlers. For more about methods of expropriation in the territories see here.