Four buses of Peace Now activists were stopped by police as they were heading towards the Baladim outpost, to protest settler violence against Palestinian farmers, Israel activists and IDF soldiers. A police officer equipped with a closed military zone order allowed settler cars to pass the road block, but did not let the buses to go through. Protestors then continued by foot.

While the police does not investigate or prosecute cases of settler violence, they are trying to stop peaceful protestors against the occupation. We will not let the government violate our freedom of protest and will continue to call for the dismantling of all illegal outposts. 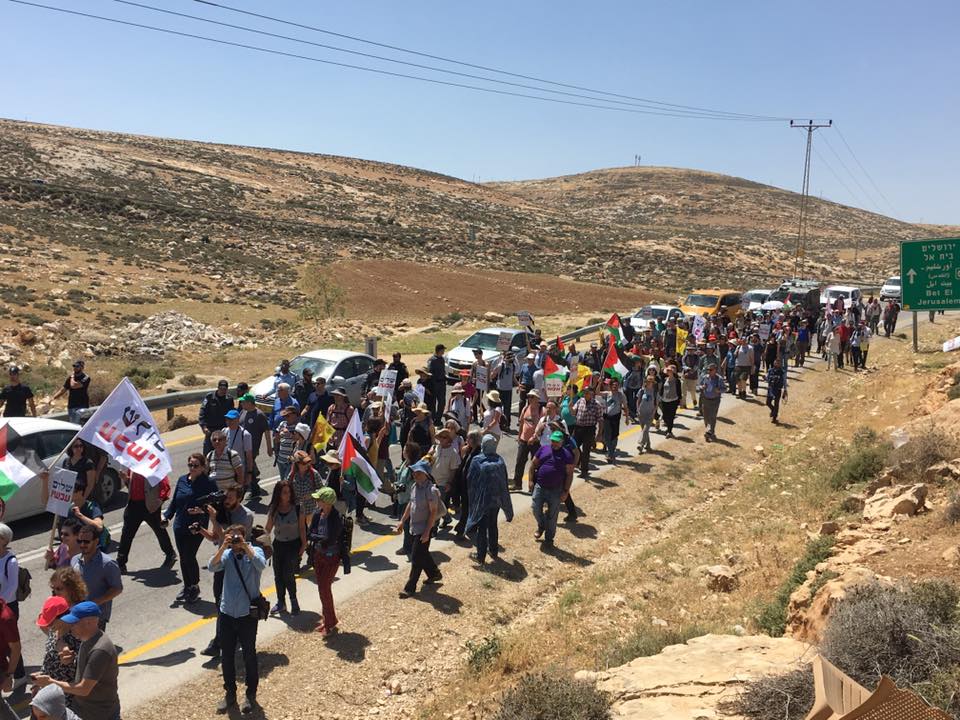