Earlier this week we exposed that the Ministry of Housing is working on plans of 55,000 housing units in the settlements, including over 8000 units in the dangerous E1 area. Following our exposure Netanyahu is linking the E1 plans to former Minister of Housing Uri Ariel and says the plans are non-binding. Yet again, through exposing the government’s actions we have managed to stop a dangerous plan. Now we call upon Minister of Housing Yoav Galant to stop all of Uri Ariel’s plans, which seriously hinder the possibility of the two state solution, immediately. 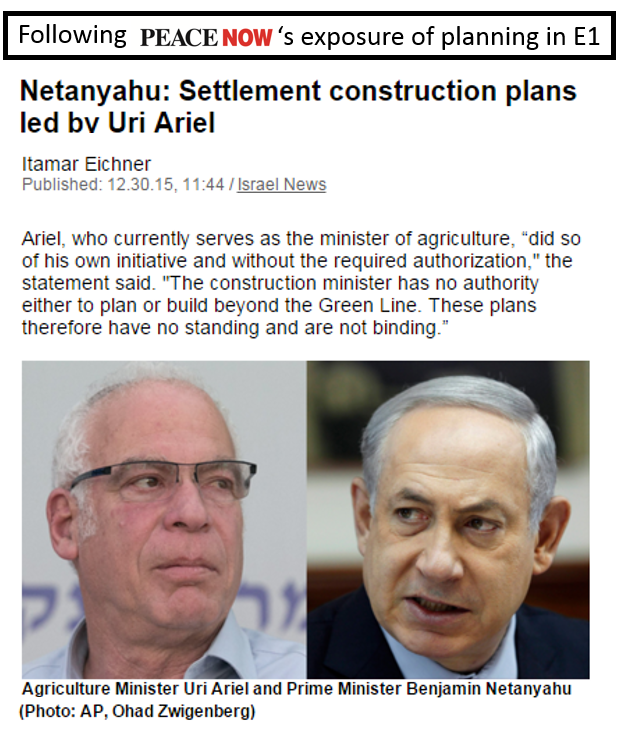