Last night channel 10 reported that a hate crime was prevented at our demonstration against right wing incitement which took place on December 19th in Tel Aviv. An 18 year old from Holon was arrested during the demonstration after throwing a glass bottle at protesters. The police chased and caught the suspect, who was found carrying additional bottles with him as well as a large kitchen knife. This attempted attack is a direct result of the ongoing inciting campaign against peace and human rights activists and organizations, led first and foremost by high level government officials. History has taught us that words have consequences. The danger for violence today is an immediate one. By implementing a series of far reaching efforts to change the current atmosphere in Israel government officials can prevent the next murder Will they act on time? 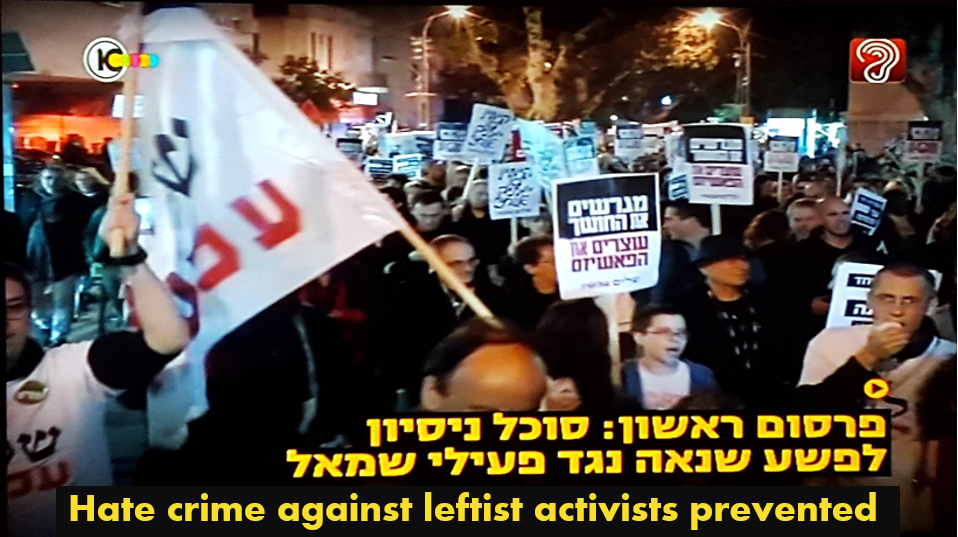