On October 11, Plan no. 14295 was deposited for public review, for the construction of 2,610 housing units in a new neighborhood in East Jerusalem called “Givat Hamatos” East of Beit Safafa. This plan is the reparcellation scheme that enables the implementation of plan no. 5834A which was deposited three years ago and caused controversy. 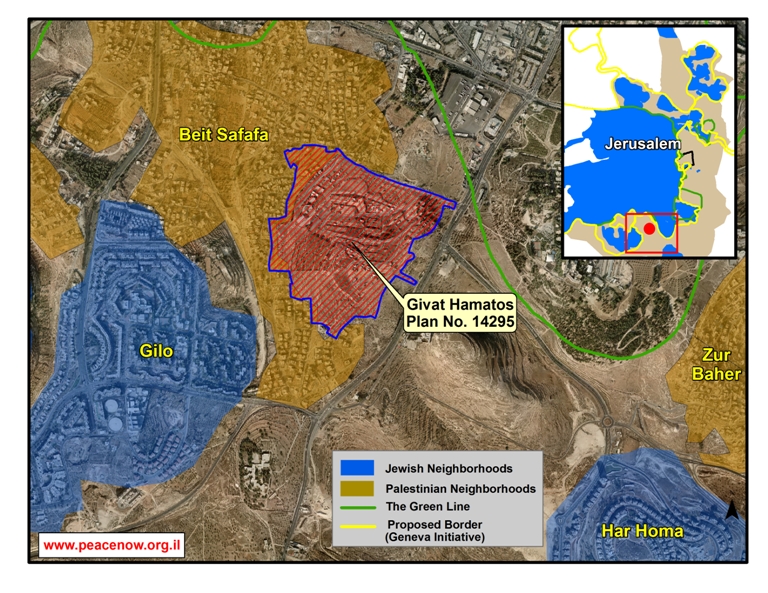