According to reports, Prime Minister Netanyahu stated this week that the Government will approve the establishment of three settlements (Bruchin, Sansana and Rechalim), in the upcoming cabinet meeting on Sunday, April 22. This decision is required in order to legalize the illegal outposts. Eventually, the government made a trick, and nominated four ministers to take the dicision in the name of the government, and two days later, the new settlements were approved.

The Government has already declared several times in court the intention to legalize the outposts, but until now, no official decision has been taken. If approved next Sunday, it will be the first time since the Shamir Government in 1990 that the Israeli government is deciding on the establishment of new settlements. 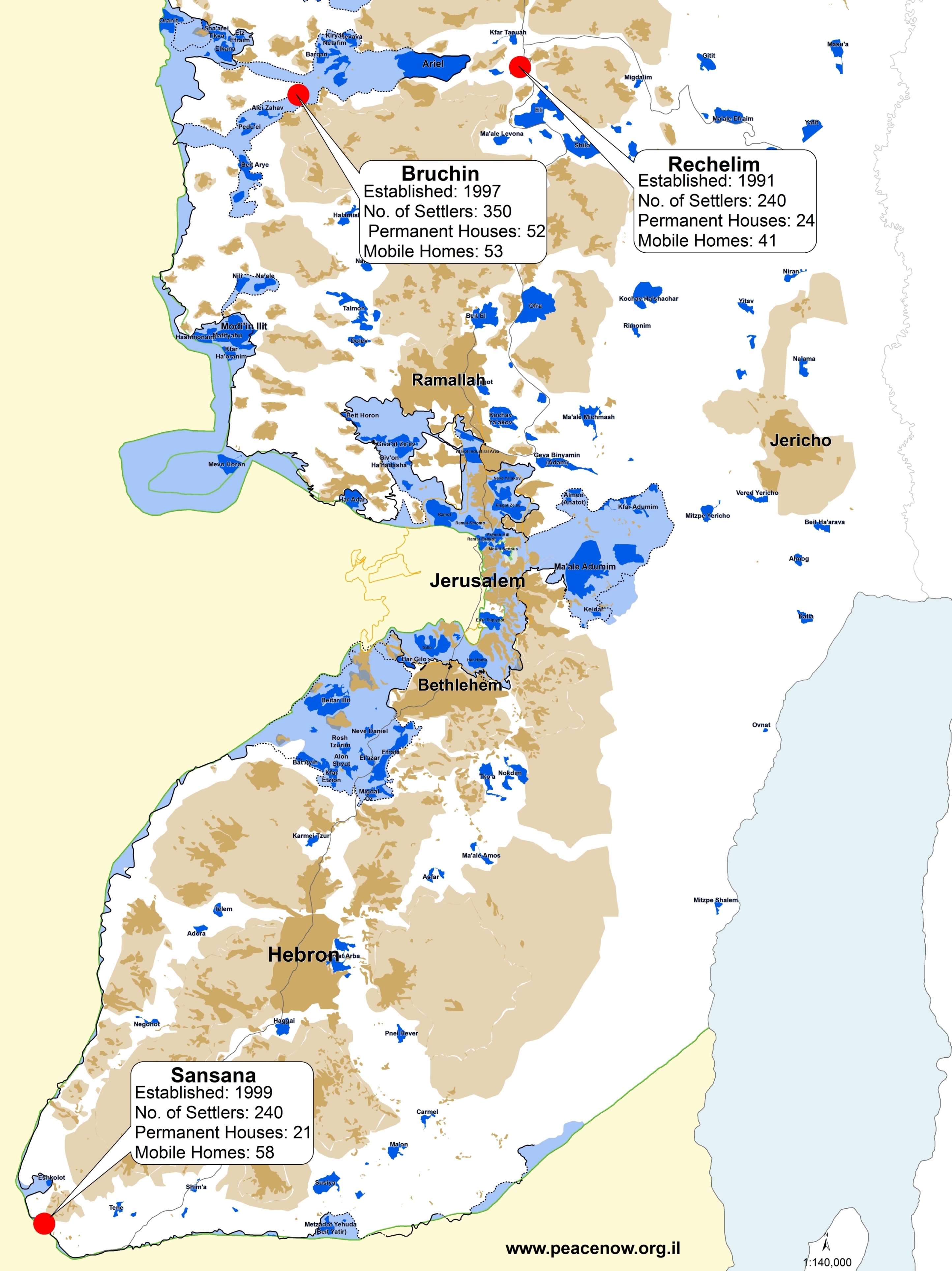 f. […] all matters of overall policy regarding settlements, road paving and proposals for establishment of new settlements will be brought to the discussion and resolution of the government.” (Government Decision No. 150, 2/8/1996).

Decision 150 also ordered that any of the planning procedures and the land allocations in settlements must be approved by the Minister of Defense.

Since 1996, Israeli Governments allowed the establishment of some 100 new settlements which were called “Outposts” or “Unauthorized Outposts”. All of those outposts were by definition illegal because they lacked government resolution. In addition, they lacked proper planning, and some of them were established on private Palestinian lands or on lands that were never allocated for settlements.

All Israeli governments have promised to evict the illegal outposts. According to the Roadmap, for example, Israel is obliged to immediately evict all of the outposts that were built after March 2001. However, until now, no real outpost has been ever removed.

It seems that only when there is a petition in court against an outpost, would the government move to either legalize it or to promise to evict it. Without the pressure of the court, the Israeli governments never really enforced the law against the outposts and allowed them to flourish.

According to Peace Now’s count there are 17 outposts under court hearings. The Netanyahu government had promised to evict 4 of them (Migron, Givat Assaf, Amona, Jabel Artis (the Ulpena Hill)), and to seek the possibility to legalize the others.

The Trick that failed: Legalization as a neighborhood of an existing settlement

In order to avoid the need for an official decision by the plenary of the Government on establishment of the outposts as new settlements (which will likely generate internal and international condemnations), the government tried to approve the outposts as neighborhoods of existing settlements. In order to expand an existing settlement, there is only a need to approve the plans. However, according to a ruling of the Higher Planning Council of the Civil Administration in the Sansana case, this “bluff” can not work anymore.

The Precedent of Sansana: On January 20th, 2009, a plan for the approval of the illegal outpost of Sansana (South of Hebron) was deposited for public review. The plan suggested to approve the construction in Sansana as a neighborhood of the existing settlement of Eshkolot (3 km away). Three objections were filed: by Peace Now, by Bimkom and by adv. Kais Nasser in the name of Palestinians from the area. The main argument of Peace Now’s objection was that Sansana is actually a new independent settlement and cannot be called “a neighborhood” of Eshkolot: 1) Sansana is 3 km from Eshkolot without any territorial continuity or road connecting them; 2) Both the Separation Barrier and the Palestinian village of Ar-Ramadin, which partitions them both into separate physical entities, divide the two settlements; 3) Sansana is a religious community while Eshkolot is a community of secular families. 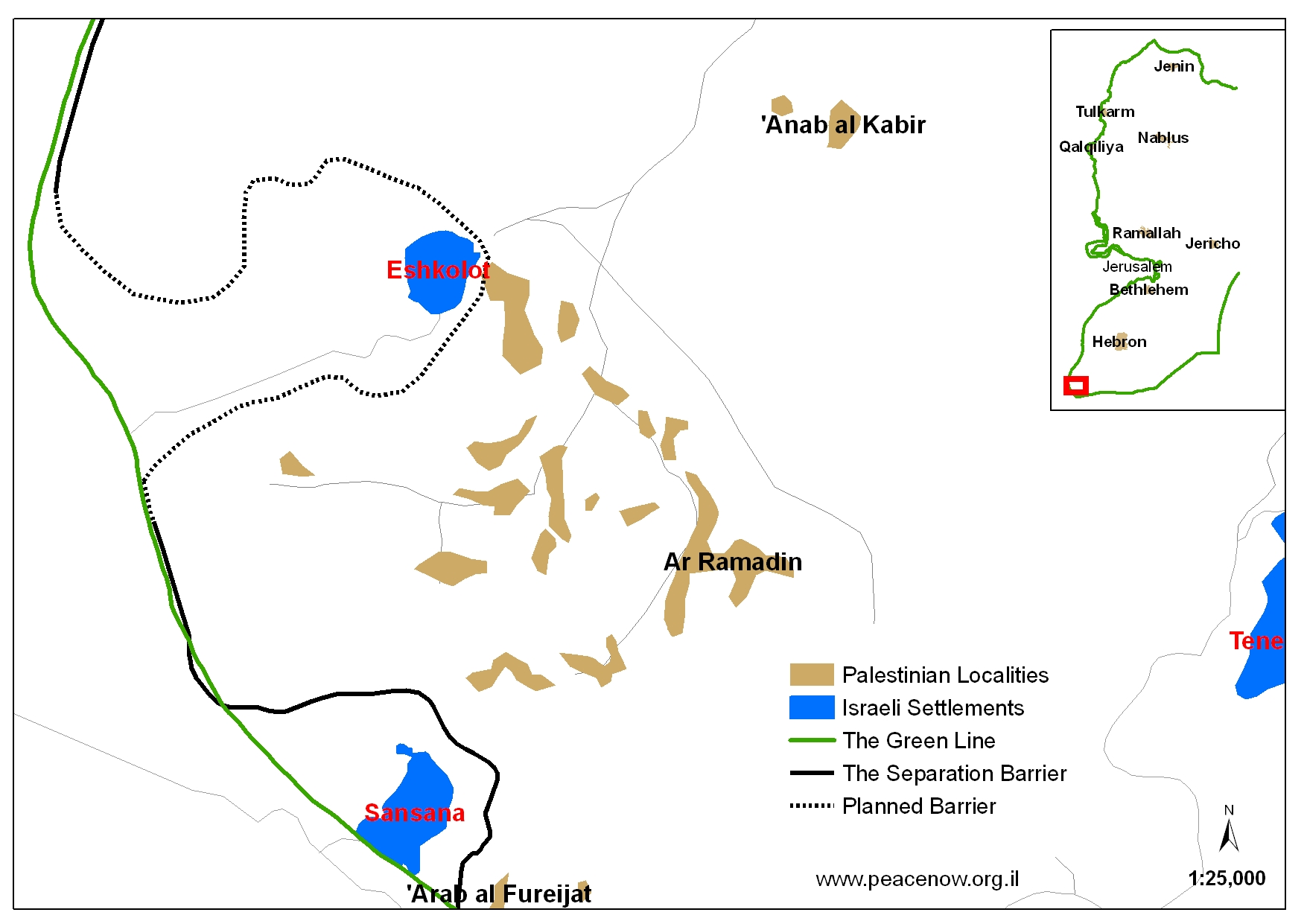 On January 30, 2012, the Higher Planning Council accepted the objections, and rejected the plan, ruling that: “There is no room to approve a plan for additional development in area nonadjacent (that is, not in direct continuation) to the area that is to be developed or built.”

The government decision to establish the settlements, which is planned for Sunday, is only the first step in the process of the legalization of the outposts. After the government resolution is approved, the planning procedures must be approved by the Higher Planning Council of the Civil Administration, and then construction permits can be issued. This might take a year or two. 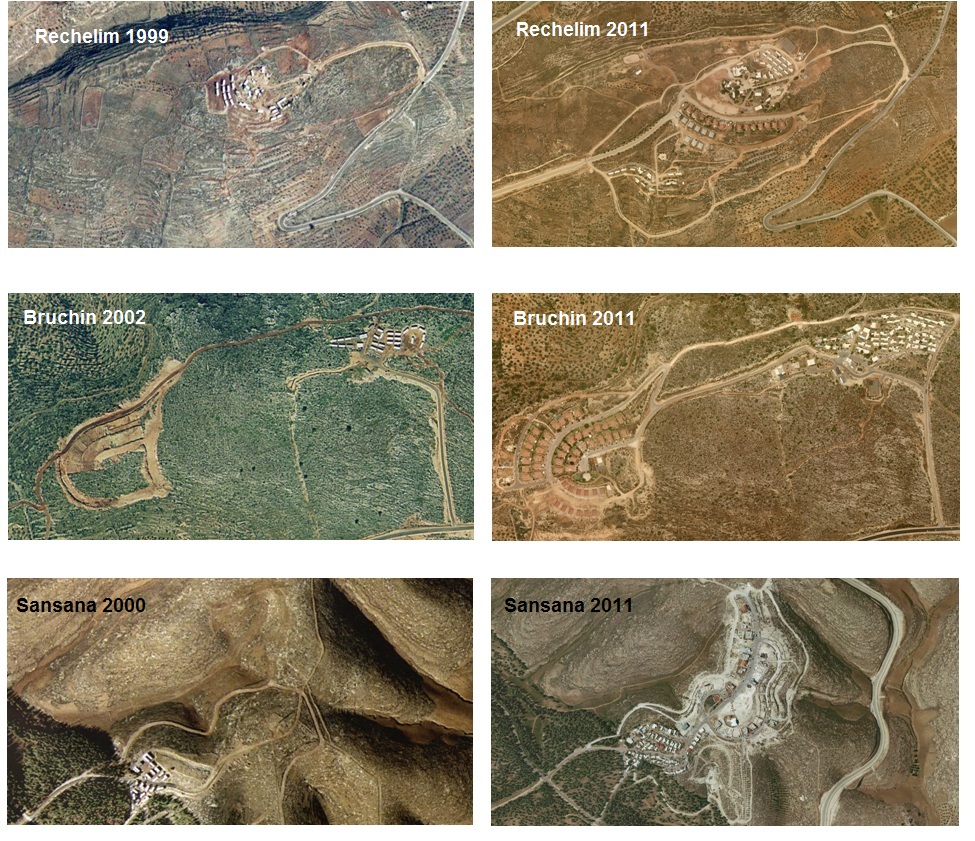