33 years ago today, Emil Grunzweig was murdered by an extreme right wing activist at a Peace Now demonstration.
On 10 February 1983, Peace Now organized a demonstration in Jerusalem, calling the government to adopt the Kahan Commission’s recommendations following the Sabra and Shatila massacre. Violent right wing activists screamed, cursed, pushed and beat the demonstrators as they marched towards the Prime Minister’s office. Emil Grunzweig was 35 years old when he was killed from a grenade thrown by Yona Avrushmi, following massive incitement against the Israeli left.
This is the result of incitement. The level of incitement we are seeing today is reminding us of the incitement in February 1983 and November 1995. In 2016 high level officials are the ones leading the incitement. We call upon the government to wake up and act now in order to prevent the next murder.
With your help, our voice against incitement and for peace and democracy can be louder. Please share this post and consider supporting Peace Now: https://goo.gl/R4FfC3 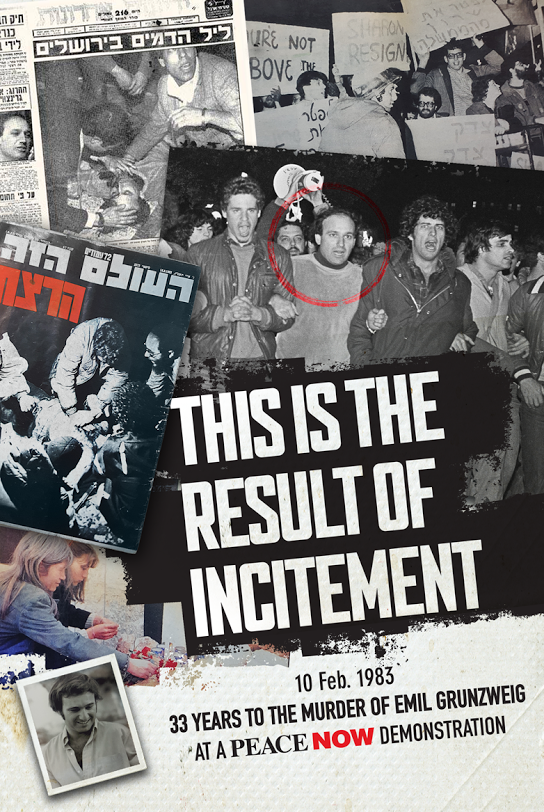