The Supreme Court president, Asher Grunis, rejected today the request of the State to postpone the eviction of the Ulpana outposts (AKA Jabel Artis). According to the court ruling, the demolition of the houses at the Ulpana outpost should be implemented by July 1st 2012.

Last year the government promised in court that the demolition will take place by May 1st 2012. Based on this promise the court dismissed the case. However, one month ago, the government requested to re-open the case and allow for postponement of the eviction. Yesterday, May 6th, the court held a hearing in which adv. Michael Sfard, who represents the Palestinian owners of the lands, said that failing to implement the government’s own promise to court, was no less than contempt of court. Today the court ruled that the government must keep its own word, and must evict the houses by July 1st, 2012.

Peace Now: “We expect Prime Minister Netanyahu to announce publically that he will implement the rulings of the court and evict the Ulpana and Migron outposts this summer. Those court decisions are a watershed from which the character of the State of Israel would be defined: either a democratic state or the settlers’ state. This will be the issue of the upcoming elections”

Read the Court Ruling (in Hebrew). 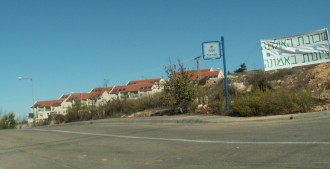