Today Israeli Prime Minister Netanyahu released a statement calling upon the settlers of the Illegal Outpost of Migron to accept his proposal to overcome the Supreme Court ruling, in effect offering them to move to another piece of Land deep in the West Bank.
This piece of land would be developed especially for the settlers illegally residing in Migron, andd only once ready would they move to the new location.

Peace Now responds:
“Netanyahu’s proposal is a cynical spin designed to not have to implement the Court’s decision and to postpone the evacuation of the outpost for years to come. Peace Now rejects any offer by the Prime Minister and will continue to demand the evacuation of Migron in accordance with Supreme Court ruling.
If there is no immediate neccesity to evacuate settlers from private land then we call upon the Prime Minister to welcome the residents of the Migron outpost to live in his own backyard at his villa in Caesarea until the “alternate neighborhood” he proposes is completed”. 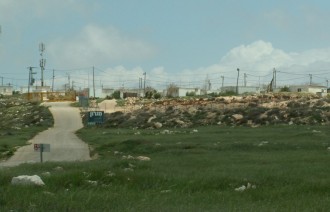