Yesterday Haaretz exposed that the “Beit Al-Baraka” compound near the Al-Aroub Refugee Camp has officially been added to the Jurisdiction of the Gush Etzion Municipality, and had become an official new settlement. This new settlement, approved by the Minister of Defense at the request of the settlers, is a dramatic and worrisome development. The establishment of a new settlement by the Israeli government is a blatant violation Israel’s commitments starting from the Oslo Accords and the Road Map and contradicts the government’s declared support of the two states solution. The new settlement is an enclave located in a Palestinian area intended to expand the Gush Etzion bloc further to the south, beyond the planned route of the Separation Barrier. Not only that but the new settlement will also create a severe security risk increasing the friction between settlers and Palestinians and may require the mobilization of permanent military forces to the area. The government is continuing to push Israel away from the two state solution and into a one state reality.

For the article in Haaretz: http://www.haaretz.com/israel-news/.premium-1.695735 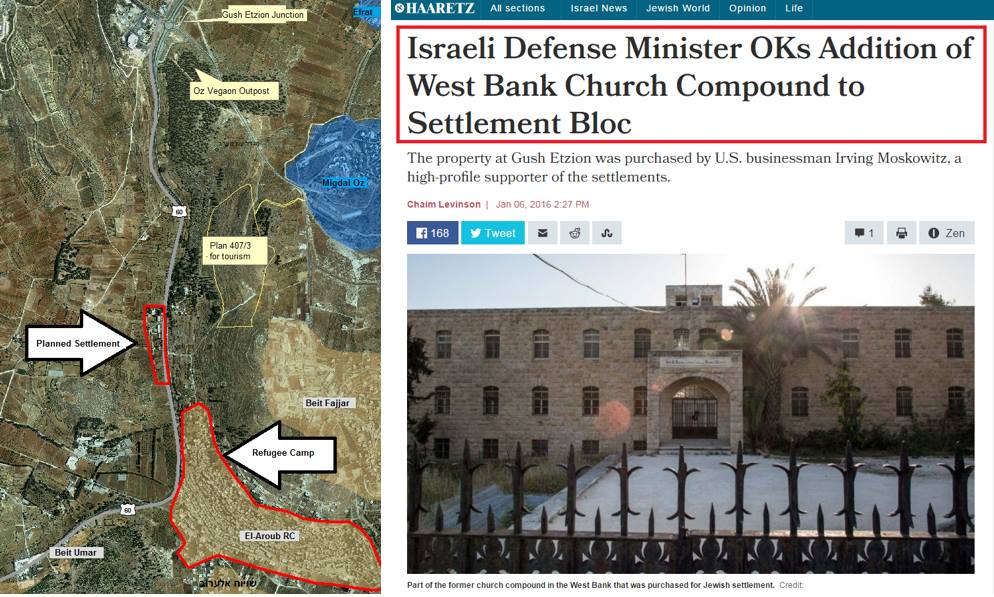