A few weeks ago, Construction Plan 495 to construct a Yeshiva (Jewish Studies School) Campus south of the Settlement of was deposited for public review.  The Yeshiva has existed for years in trailer homes between the Settlement of Efrat and Migdal Oz. The plan calls for increasing the land of the Yeshiva campus from 16 dunam to 60 dunam of the lands of the neighboring villages of Beit Omar and Al-Khader that were declared as “State Land”. The new campus will include 147 boarding rooms, 16 staff apartments, a Beit Midrash, an event hall, a gymnasium, a preschool, and other structures.

Barak’s approval of this plan, joins additional similar plans that he has approved recently. In response to petitions that Peace Now has filed against illegally constructed neighborhoods in the settlements of Halamish, and Kiryat Netafim, the State has responded few weeks ago that it intends to legalize the newly constructed neighborhoods. In addition, in response to petitions filed against the illegal outposts of Haresha and Hayovel and in the outpost of Derech Haavot, the State has declared its intentions to legalize the outposts. The Minister of Defense has constantly declared that the government is not approving new construction plans, but the reality on the ground shows that new plans are being approved, particularly where the settlers have already begun building illegally.

Peace Now: “This is essentially the creation of a new outpost, but this time with direct approval from the Minister of Defense. Barak continues to promise to advance peace but in his actions of approving new construction plans in the settlements, he continues to bury the option for a two-stat solution.” 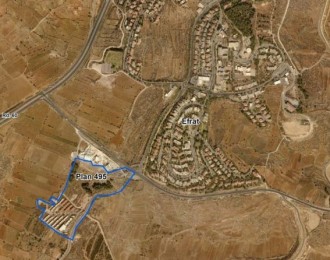 The location of Yeshivat HaMivtar 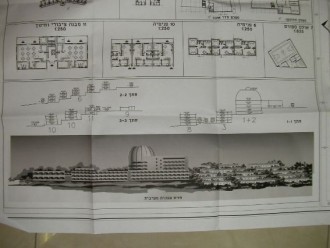 The plans for the Yeshiva