The establishment of a large new settlement in the heart of Hebron, at a site known as “the House of Contention,” seems to be closer than ever and may take place in the coming weeks/months – upon approval by the Israeli Government.

On March 11, 2014, the Israeli Supreme Court ruled on a case regarding settler ownership of a large property in the heart of Hebron that the settlers are the legal owners of the property (provided that they pay a remaining debt to the Palestinian owner within 30 days, which they are likely to do). However, the court stressed that this ruling does not grant the settlers any legal right to take control of or move into the site. This would be only allowed after an official approval by the Minister of Defense.

The policy of the Netanyahu Government and past statements show that without political pressure, the Minister of Defense would be happy to be the one to approve the establishment of a new settlement in Hebron. This would be the first new settlement in Hebron since the 1980s, with potentially devastating consequences with respect to Palestinian residents of Hebron, tensions and violence in that volatile city, for ongoing peace talks, and for the two-state solution. 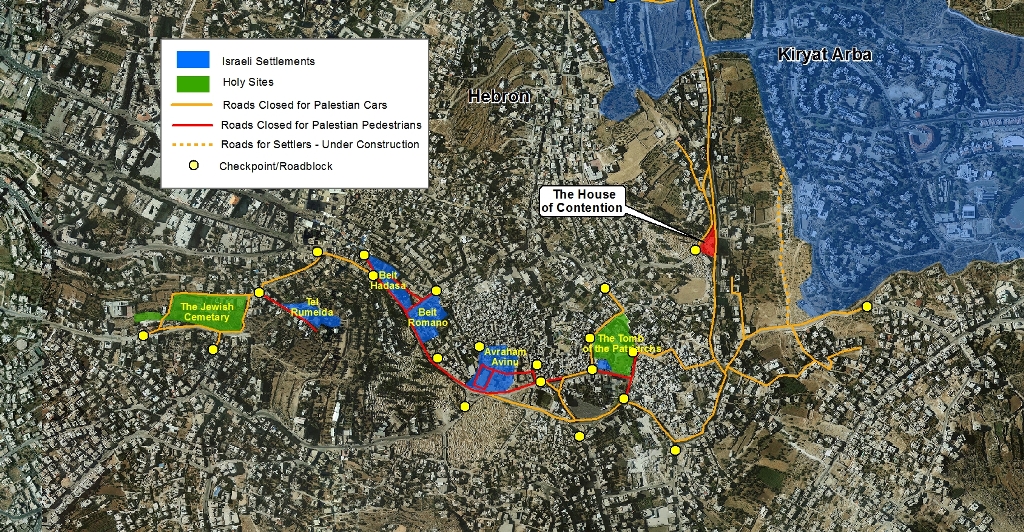 In March 2007, settlers moved into a large building in Hebron, popularly known as the “House of Contention,” claiming to have purchased the property, Palestinians disputed that claim.  Subsequently, Israeli police found that some of the purchase documents were forged and the government ordered the eviction of the settlers.  That eviction took place in December 2008, following a week of settler violence against Palestinians in the area.

On September 13, 2012, the District Court ruled that, despite the forged documents, the purchase was legal.  That ruling was appealed to the Israeli Supreme Court, which rejected the appeal on 11/3/14. See the ruling (in Hebrew), here.

Following the ruling of the District Court but before the case was appealed to the Supreme Court, then-Defense Minister Ehud Barak approved the settlers’ purchase.  This approval was put on hold until the Supreme Court rules on the appeal.

Today, after the Supreme Court approved the settlers’ ownership of the compound, the issue is back on the table of the current Minister of Defense to decide whether to allow the establishment of a new settlement in Hebron or not. 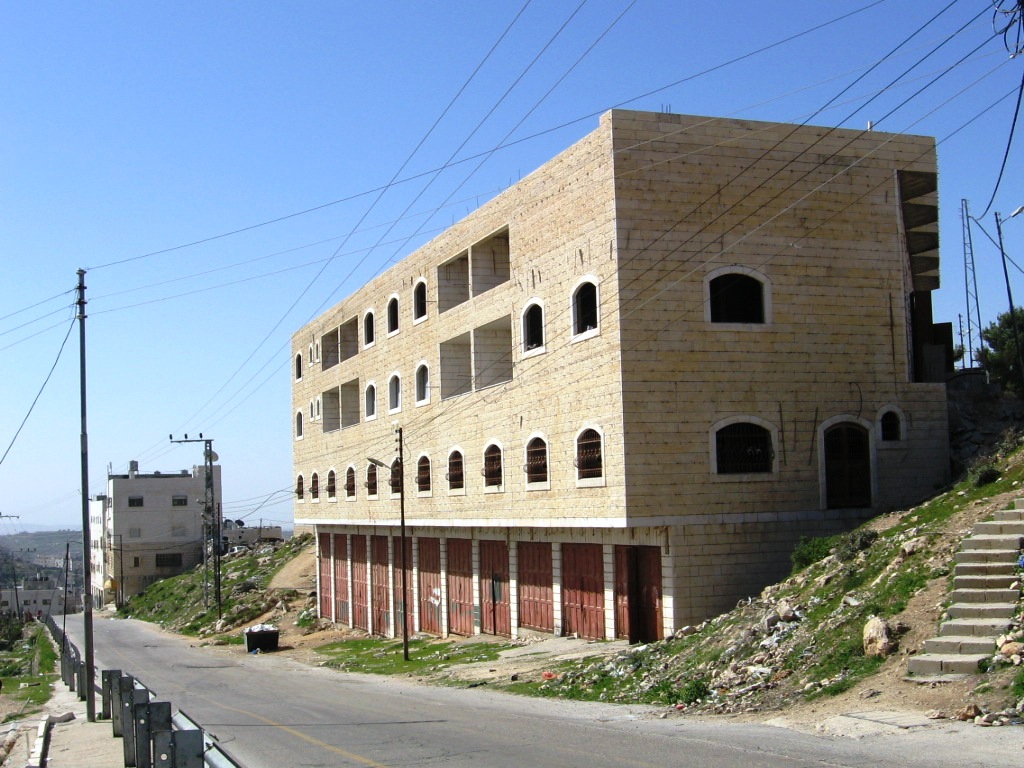 The House of Contention in Hebron – Could house hundreds of settlers

Ownership ≠ A Right to Settle

A ruling in the settlers’ favor in no way implies or grants the settlers the right to occupy the site.  The authority to establish a settlement in the West Bank rests exclusively in the hands of the Government of Israel, irrespective of any ownership claim. Every purchase of property in the West Bank by Israelis must be approved by the Minister of Defense.

This legal construct exists, at least in part, to prevent extremist settlers and their financial backers from dictating Israeli policy in the West Bank, including the use of Israeli security resources, through property purchase faits accomplis.

Also the original ruling of the district court stated: “this ruling does not create any civil or administrative obligation on the Government authorities, including regarding the issue of future registration of the plaintiff’s [the settler’s company] rights”.

The current Minister of Defense might claim that the approval was already granted by the previous Minister, after the ruling of the District Court, and that there is nothing he can do about it. But such a claim would be disingenuous if not mendacious. In his capacity as Minister of Defense, Minister Ya’alon has the authority to withdraw the approval given by the previous minister, to put that approval on hold, to postpone the implementation of the purchase, etc…

Even if the Minister of Defense allows the registration of the purchase in the name of the settlers, he may still prevent them from entering the site for security reasons, political arguments or any other reasons.

In short, a new settlement can result only if the current Israeli Minister of Defense, in his capacity as a member of the Netanyahu government, makes an affirmative decision to allow/enable it to happen.

A Disaster-in-the-Making: The (Potential) New Settlement

The site in question is a large building (4000 sq. m.) located inside the built-up area of Hebron, on the road connecting Kiryat Arba (located on Hebron’s periphery) and the Tomb of the Patriarchs/Ibrahim Mosque.

Settlers have long sought to convince/compel the IDF to take control of this strategic corridor, with the goal of establishing a contiguous Israeli civilian presence between the two settlement areas.

Establishing a settlement at this strategic location would do precisely this.  Specifically, it would:

Hebron has long been one of the most volatile flashpoint in the West Bank with respect to relations between settlers and Palestinians.  This in part reflects the fact that Hebron is the only place where Israeli settlers live side-by-side with Palestinians. It also reflects the related fact that Hebron settlers are among the most hardcore, ideologically-motivated, and heavily armed of all West Bank settlers.  It is no coincidence that the worst single act of settler terrorism against Palestinians – the 1994 massacre of Palestinians at prayer in the Tomb of the Patriarchs/Ibrahimi Mosque – took place in the heart of Hebron, carried out by a resident of Kiryat Arba.

This could have far reaching consequences on the situation in Hebron.

(The name of the site could be confusing; Please note that what we call “the House of Contention” is called by the settlers “the House of Peace” (Beit Hashalom), by the IDF “the Brown House” and by the Palestinians “the Rajabi House”).