On July 6, 2016 the High Planning Council of the Civil Administration convened in order to discuss and approve construction plans in the settlements. The committee discussed the approval of 531 housing units in Ma’ale Adumim and the plan to retroactively legalize the illegal outpost of Horesh Yaron, which is located west of Ramallah. Since the beginning of 2016 construction plans for 1,823 housing units in the settlements were promoted. Out of the 1,823, 314 are retroactive plans for housing units which were built illegally. It is important to note that the Quartet Report’s criticism on Israel’s settlement policy focused specifically on retroactive legalization of illegal outposts and illegal construction.

The promotion of plans in Ma’ale Adumim and the retroactive legalization of an illegal outpost are a slap in the face of the Quartet. Netanyahu is signaling to Israel’s most important allies that he is not interested in peace and two states but rather in the continuation of the occupation. It appears that Netanyahu is testing the waters before going forward with additional settlement developments. The  lack of a significant international response might give him a green light to do so.

All plans are in the heart of the built area in Ma’ale Adumim.

During the same meeting the High Planning Committee discussed plan number 235/11/1 meant to retroactively legalize the illegal outpost of Horesh Yaron, which includes an educational institution and housing for students and staff. This is the 34th outpost which is undergoing retroactive legalization in recent year, despite the heavy criticism of the Quartet on this issue specifically. See the full list of outposts and their status. 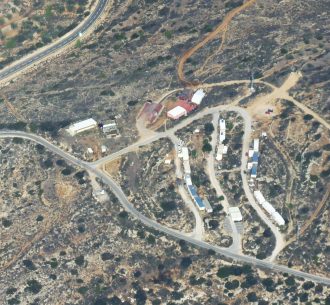 1,823 Housing Units in the Settlements Promoted Since January

Despite the impression of a “freeze” which the government and the settlers are trying to create, since January the High Planning Committee of the Civil Administration promoted plans for 1,823 new housing units in the settlements. 314 out of the 1,823 are homes that were built illegally and are now being retroactively legalized. These retroactive legalizations happen often and in small plans that do not receive much public attention.

Today it is very clear that there is no freeze, not in planning and not in construction.
The full list of plans promoted in the first half of 2016 – see here.

Government to Transfer NIS 50 Million to Hebron and Kiryat Arba

Yesterday (July 10, 2016) a plan to assist Hebron and Kiryat Arba with approximately NIS 50 Million was approved during the government meeting. The plan includes funding for community resilience (including education, science, culture, sports and more), for public institutions and infrastructure and for neighborhood upgrading as well as a special grant to the local municipality. The government is expected to discuss assistance to the South Hebron Hills local municipality during next week’s meeting. For the official announcement in Hebrew click here.

By transferring millions of Shekels to Hebron and Kiryat Arba Netanyahu Prioritizes the most extreme settlements, that will never be in Israel as a part of an agreement, over the rest of Israel’s citizens, and shows, yet again, that he is not truly interested in a two state solution.