Plan on Absentee Property near Amona Deposited through an Expedited Process
This morning (December 2) a plan for temporary housing on three plots of absentee property near the illegal outpost of Amona was deposited. This was done through a special order – originally used for the Migron settlers – which allows for the promotion of plans in an expedited process. It is now clear that the government is promoting temporary housing for the Amona settlers in the nearby absentee property, despite Israel’s legal interpretation since 1967 according to which absentee property cannot be used for the establishment of settlements.It is important to note that while the plan is for eight months only, in the settlements what is temporary usually becomes permanent. For example the two year long temporary housing for the Migron settlers from in Givat HaYekev (or the New Migron) is still in place.

Palestinians were given only 48 hours to object the plan, much less than the 60 days allowed in regular plans and also less than the eight days given for objections in the case of Migron (where lands were public lands). After 48 hours, the plan could be validated. Once the plan is approved, structures will need to be in place by December 25, the day by which the evacuation of Amona must occur, according to the Supreme Court verdict. 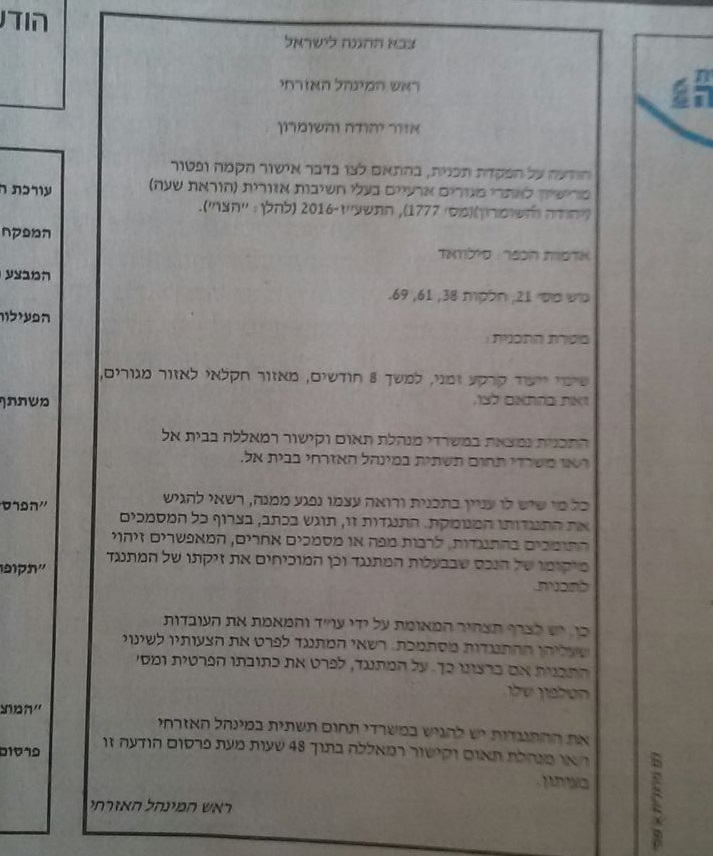