On Saturday evening, March 26, 2022, a group of armed settlers in security uniforms entered a building known as “The Little Petra Hotel”, adjacent to the Petra Hotel near the Jaffa Gate. According to Palestinian reports, Jerusalem police assisted them in entering the building. It is a strategic property, of at least nine rooms and other facilities, which is part of two complexes that settlers have been trying to take over in a long legal battle for nearly 20 years: the New Imperial Hotel and the Petra Hotel. Both hotels are large buildings that can house hundreds of settlers, located at the entrance to the Christian Quarter of the Old City at the Jaffa Gate. Settlement in these buildings will change the character of the area beyond recognition. The Palestinian holder of the property has filed an urgent lawsuit to evict the settlers and asked the court to evict them until the lawsuit is decided. On April 14, 2022, the court rejected the request, and allowed the settlers to stay in the property until a final ruling in the case. 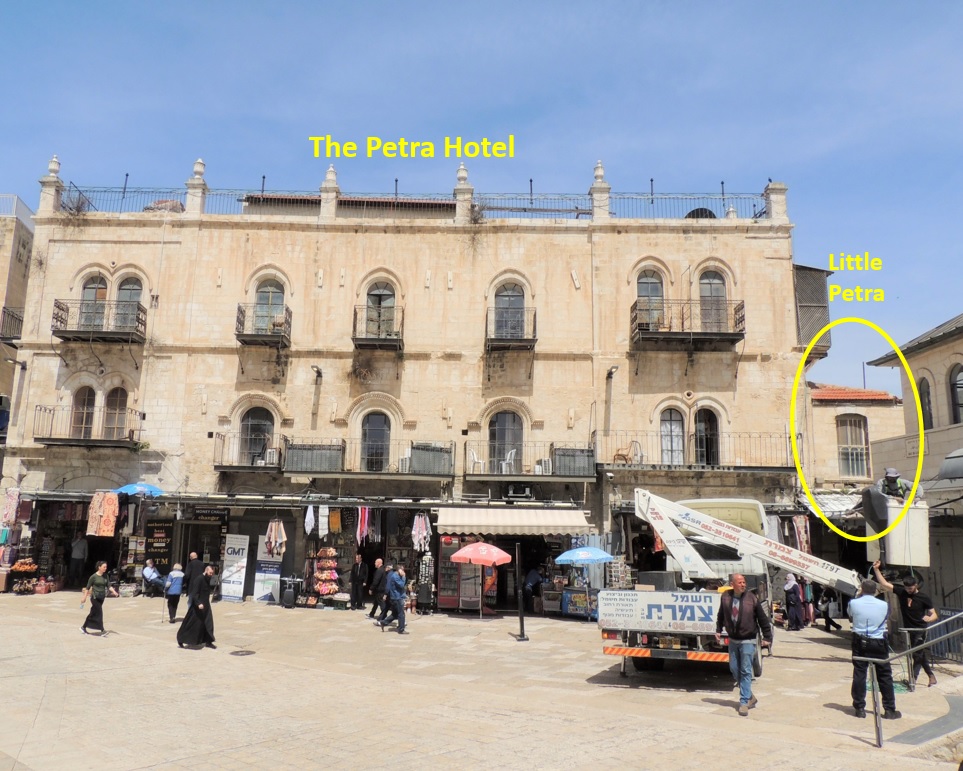 I. The political significance

The alleged purchase deal between the settlers and the Greek Orthodox Patriarchy constituted an earthquake in the church that led to the removal and imprisonment of the patriarch, and not in vain. Both hotels are very large properties that can accommodate hundreds of settlers, they are in a strategic location, on the main street at the entrance from the Jaffa Gate to the Christian Quarter where thousands of tourists and residents pass daily. The establishment of such a large settlement in such a strategic place would change dramatically the character of the Christian Quarter and the public space in the Old City in general.

The establishment of a settlement at the Jaffa Gate at the expense of Christian assets will constitute a severe slap in the face to the Christian world. The State of Israel, which is seeking sovereignty over Jerusalem, was supposed to prove that it deserved the precious deposit of a city so important to the three religions.

Involvement of the police in the entry of the settlers

By law, the police are supposed to help citizens exercise a right in real estate but only after it becomes clear that the right is not in doubt. In the case of Little Petra, there was no procedure at the Execution Office and an order for eviction, as is customary in such cases. What happened was that the Magistrate’s Court ruled in favor of the settlers on February 27, 2022 (see details below), and the settlers entered even before the deadline for filing an appeal has yet passed. The involvement of the police, whether they assisted at the entrance itself or whether it “only” allows them to remain in the compound, on such legal grounds, indicates that the Jerusalem police see themselves as the settlers’ accomplices and not as a police force for the benefit of all residents.

This is especially serious because the date chosen for the entry of the settlers was not accidental. On the eve of the US Secretary of State’s visit to Israel and “The Negev Summit” and one week before the start of the month of Ramadan, which coincides with Passover and Easter, as tensions in Jerusalem increase. The fact that the police cooperated with the entry of the settlers on a dubious legal basis and at such a sensitive time, is a very worrying sign of its willingness to make the effort and be a calming and non-agitating factor in this sensitive period. See more about the authority of the police and the Government to prevent and evict settlements in East Jerusalem – click here 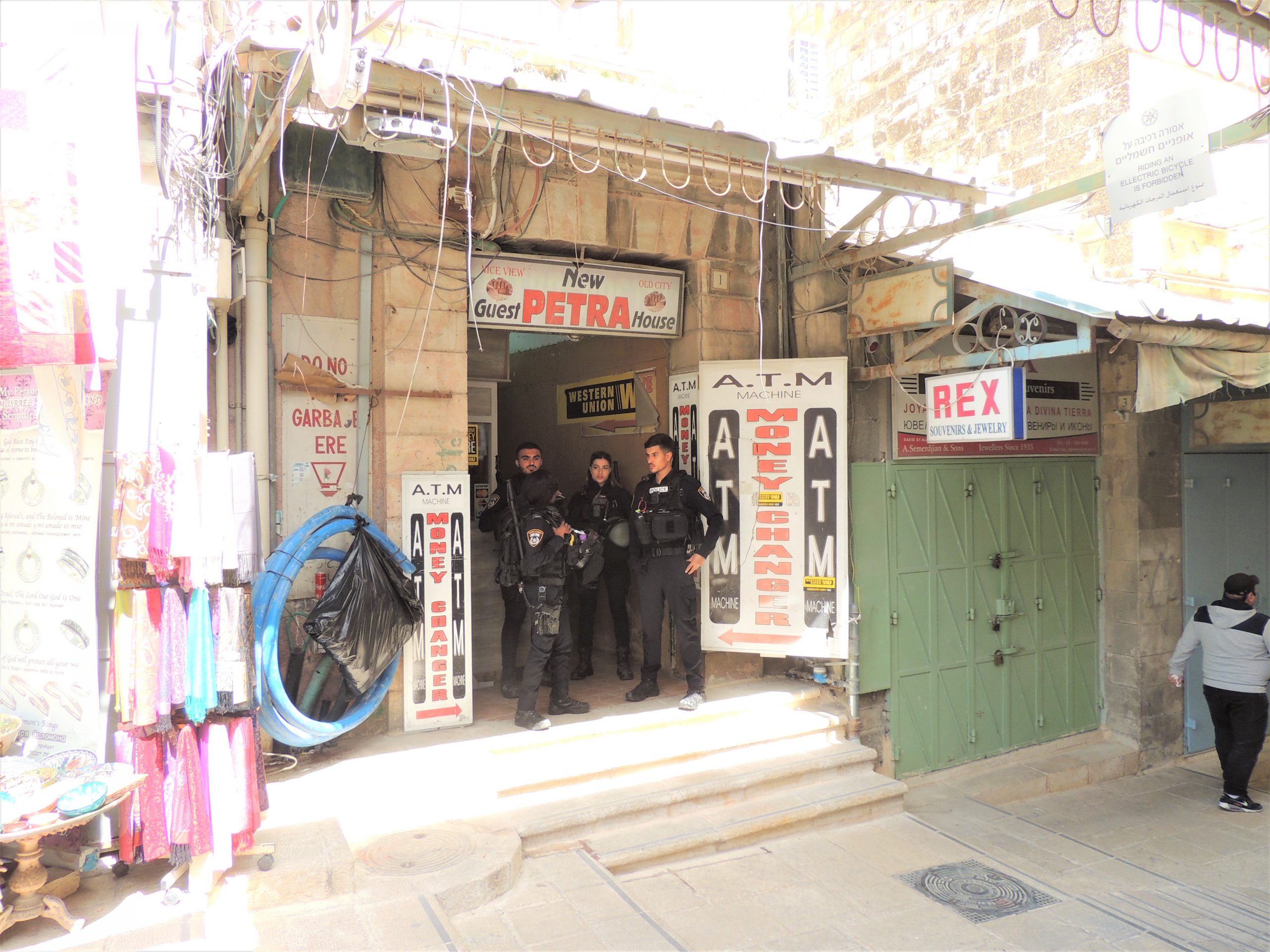 Settlement in the heart of the Old City has far-reaching political and security implications. Like in the cases of Sheikh Jarrah and Silwan, the settlers are taking advantage of the civil-legal proceedings to establish political facts on the ground.

At the immediate level – the police have the authority to evacuate the settlers if they believe that the settlement may lead to harm to public safety. This was determined by the Attorney General in 1991 and approved again in an opinion from 1997 (see here). There was even a precedent for this in the past, when settlers entered houses in Silwan in October 1991 during the days of Shamir’s Likud government, the police evacuated them due to the fear of harming security.

In the long run – due to the enormous public importance of the properties and the settlement in them, and the far-reaching political and security implications, the government may expropriate them from the settlers and compensate them accordingly. The Attorney General also gave an opinion approving this in 1999 (see here).

Settlers from Ateret Cohanim claim that in 2004 they purchased from the heads of the Greek Orthodox Church three properties in the Old City through foreign companies registered in tax havens: the New Imperial Hotel and the Petra Hotel near the Jaffa Gate, and Beit Moazamiya, a residential building in the Muslim Quarter in Bab Huta. The Greek Church denies the deal and claims, among other things, that the person who signed it did so without authority and after receiving a bribe from the settlers’ representatives, and that it is a deal that does not come close to the true value of historic properties. The Petra Hotel, which has dozens of rooms, was purchased for half a million dollars, and the New Imperial Hotel, which is a building with 40 rooms, entrances, halls, balconies, etc., for $ 1.25 million. Beit Moazamiya was purchased for $ 55,000. Just for comparison, the settlers themselves demanded more than $ 100,000 from the protected tenant in the house of Moazamiya as a “usage fee” (replacement for rent), and in the New Imperial Hotel $ 3 million, for 14 years.

The affair of the sale of the church assets and the manner in which the settlers’ representatives managed to get people in the church to sign the deals is a cross-continental affair that involved the use of methods bribery and temptations. In 2017, the district court approved the deal, and in June 2019, the Supreme Court upheld it, though it ruled that “shadows and black holes remained in the moves that led to the signing of the agreements.”

In August 2019, the Patriarchate filed a request for a retrial based on new evidence obtained from a man who worked for the Ateret Cohanim settlers in the 1990s that testified to regular bribes given to church officials by Ateret Cohanim, sexual bribery offers and concealment of appraiser opinions from the court. The district court denied the request in June 2020 and the patriarchy’s appeal is still pending at the Supreme Court, which should hold a hearing on the matter on June 2, 2022.

That is, with regard to the purchase transaction – the legal dispute has not yet been determined.

In all three properties allegedly purchased by the settlers, there are protected tenants. In the hotels, the protected tenants operate the hotels for many years, and in the Moazamiya house a Palestinian family resides for decades. The tenants rented the properties from the Greek Orthodox Patriarchate in the status of protected tenants. According to the Tenant Protection Laws, these contracts remain in force even if the property owners change, and in order to evict them, a legal proceeding is required in which the plaintiffs must prove that the tenants do not meet the conditions of the Tenant Protection Law.

Two weeks after the approval of the transaction in the Supreme Court in June 2019, the settlers filed eviction claims and financial claims against the protected tenants (no. 49785-06-19, and 4633-06-19). These proceedings are still pending in the Magistrate’s Court.

The property of “The Little Petra Hotel”

During the 1990s, settlers bought from Matossian his protected tenancy rights (although at the time the court had already ruled that he no longer had rights in the property due to abandonment), through a foreign company called Petra Holdings LTD. In 2011 they filed in the name of the company and of Matossian an eviction lawsuit against the protected tenants and the company they hired to operate the Little Petra Hotel. The protected tenants, Nabil and Munira Kiresh, died during the proceedings, and on February 27, 2022 the court ruled to evict those who acted on their behalf at the Little Petra Hotel.

The settlers hurried to implement the eviction by themselves without waiting to allow the other side to appeal against the ruling, and without applying for an eviction order from the Execution Office as required. They entered the property by force in the night of 26 of March 2022.

Three days after the settlers entered, on March 29, the daughter of the deceased protected tenants, Basma Kiresh, filed a lawsuit to evict the settlers. She claims that since her parents died she is the protected tenant in the property, and she has even started in recent weeks renovating the property to reopen it after the COVID period. According to her, the settlers did not bother to inform her of the lawsuit and their entry into the property was done illegally. The court held an urgent hearing in the lawsuit on March 31 and in the coming days the court is supposed to rule on whether to evacuate the settlers or allow them to stay.

The current situation in the property

The Israeli government and police have so far refrained from evacuating the settlers, despite the great tension on the ground as well as the shaky legal basis of their entry into the property and despite having full authority to do so. Not only that, the police stationed police officers at the entrance to the property, to protect the settlers and ensure that they are allowed to come and go.

The Petra Hotel continues to operate, with police officers at the entrance. Security guards on behalf of the settlers are located in the Little Petra Hotel. A jewelry and money change shop that operated on the entrance floor of the hotel was also taken by the settlers. The settlers sealed the door to the shop and the owner of it filed a complaint with the police.

The settlers seem to have used their political power and good relations with the police to establish a fact on the ground, enter a strategically located property, at a sensitive time, without completing all the legal proceedings, and even takeover ​​a shop they probably do not own at all. The government and the police avoid confronting them and prefer to absorb the crisis with the Christian Church and the tension that is rising in Jerusalem. 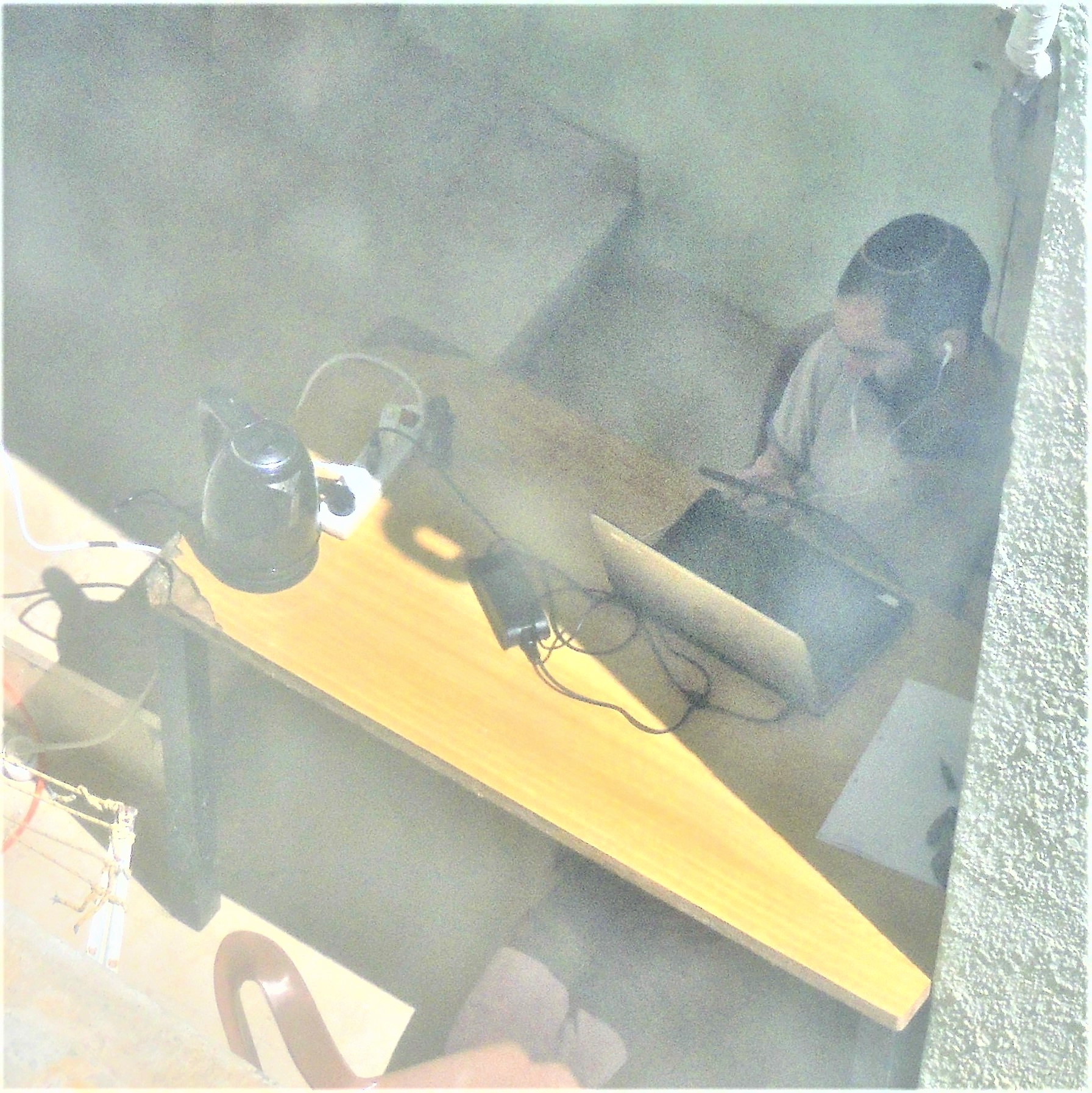