Last week, the Jerusalem Magistrate’s Court ruled in favor of evicting four Palestinian families, consisting of 22 members, from two buildings in which they have lived for decades in Batan Al-Hawa in Silwan.

The lawsuits against the Gheith family (three families with 15 people) and the Jawad Abu Nab family (7 people) were filed by members of the Ateret Cohanim organization, which managed to take control of a historic Jewish trust that operated in Silwan about 100 years ago and in its name to demand the eviction.

To date, 14 Palestinian families have been evicted from their homes in Batan Al-Hawa and settler families have taken their place. Since the beginning of the year, the Magistrate’s Court has ordered the eviction of 19 families of 107 people in six different lawsuits (including the current ruling). All families are in various stages of appeal proceedings.

Eviction lawsuits were filed by settlers against about 60 other families. If the government does not intervene and stop the evictions, an entire community of some 700 Palestinians in Batan Al-Hawa stands to be displaced and replaced by Israeli settlers.

All of the claims are based on the assertion that the land on which the Palestinian houses have been built in the last sixty years was put into a trust more than a hundred years ago for the benefit of the poor Yemenite Jewish community of Jerusalem. The settlers of Ateret Cohanim managed to appoint themselves the directors of the trust, and in its name demand the eviction of the Palestinians.

Peace Now: “This is a political move, under the guise of legal proceedings, for the forcible displacement of a Palestinian community and its replacement by settlers. The settlers would not have been able to succeed without the help and close assistance of the Israeli authorities. Beyond the severe damage to the prospects for peace and two-state solution, the injustice of throwing out families who have lived in their homes for decades without any competing claim, in the name of ownership from more than a hundred years ago – is crying out to heaven. 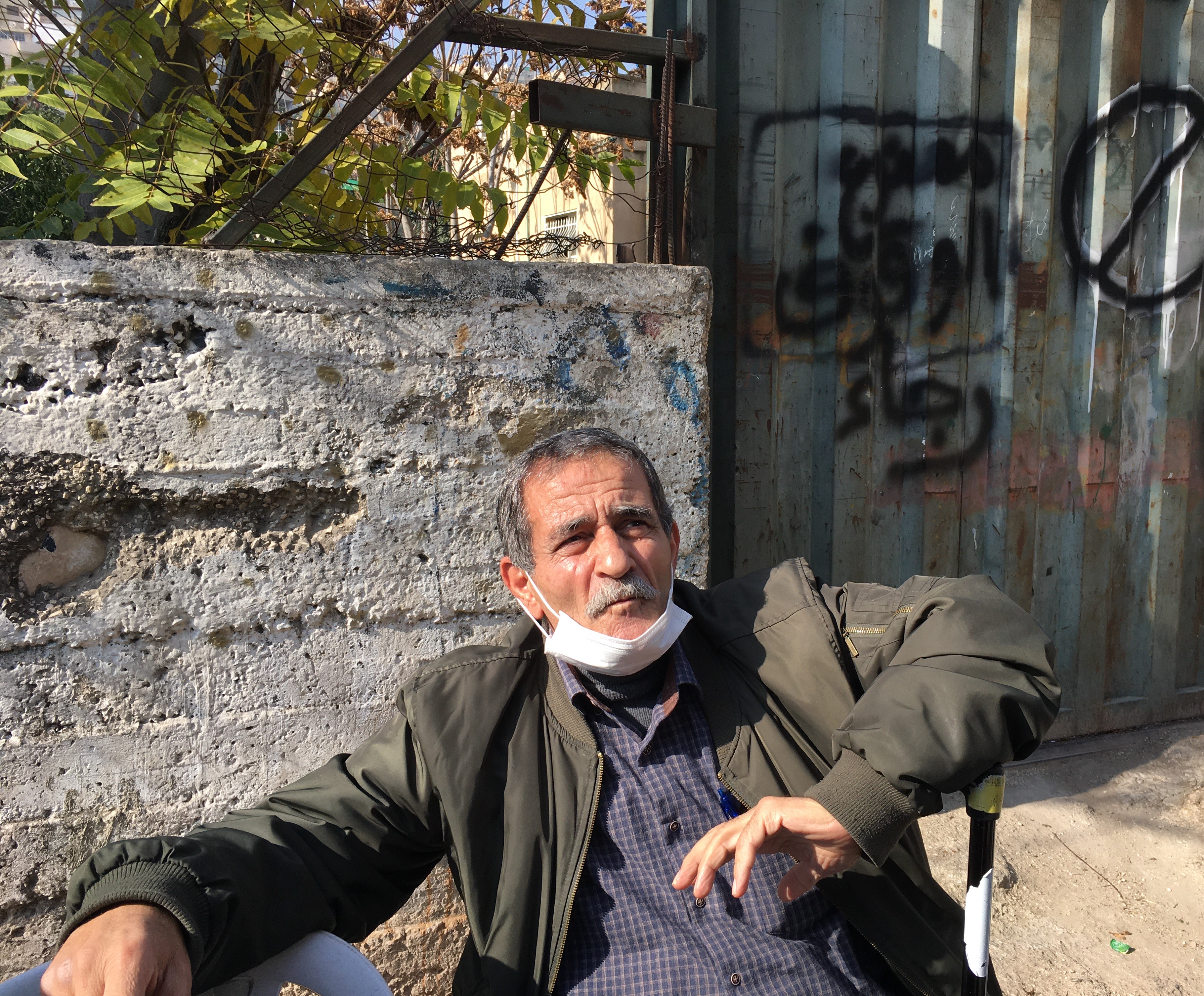 Salem Gheith in Batan Al-Hawa, December 2020. The court ruled to evict him, his wife, children and grandchildren from their home, to be replaced by settlers.

The matter is not legal but political; the government can stop the eviction

The settlers have an interest in presenting the issue as a purely legal matter, of two parties arguing over ownership of the property and the court deciding. But denial and blindfolding are needed to ignore the context and mechanism established to exploit discriminatory law for the purpose of realizing settlement political goals. This is a political issue with far-reaching implications for the entire State of Israel and the future of the conflict, and the court is only the tool to implement the move. Therefore, the Israeli government has a responsibility and an obligation to intervene.

The immediate way to prevent eviction is to avoid sending the police to assist in evacuation. Without the police, people cannot be evicted from their homes. It is the police who determine the appropriate timing for carrying out various tasks in accordance with the security situation and considerations of public peace. The police can determine that for now, for reasons of security and public safety, the evacuation should be avoided. Such a position has been taken in the past and obtained the approval of the Attorney General (in 1991 when the police prevented the Elad settlers from entering houses in Silwan, and in 1999 in an Attorney General opinion on a property in Ras Al-Amud).

Change in legislation and policy – the Knesset can correct the injustice caused as a result of the discriminatory law by amending or repealing the relevant sections of the Legal and Administrative Matters Law (1970) on the basis of which all these eviction claims were filed.

A few weeks ago we went to Silwan and met with Salem Geith who the court has now decided to evict, along with his family, from their home. He was optimistic and maintaining a sense of humor explaining the injustice in just a few words: