Background – Why the Sallehiya family is being evacuated:

The Sallehiya family is a Palestinian refugee family originally from the village of Ein Karem, who settled in Sheikh Jarrah, according to the family, before 1967. In 1984, the district planning committee approved a building plan (Plan No. 2591) for the neighborhood, and designated the plot on which the family home and nursery were built, for public building.

About a year ago, the Jerusalem Municipality began to work on detailed planning for the construction of a school and kindergartens for the Palestinians in the plot, and initiated eviction proceedings against the Sallehiya family at the Execution Office. The Execution Office set the time of the eviction of the family to be carried out during the month of January 2022.

On 17/1/22, police forces arrived to carry out the evacuation. The nursery was evacuated and destroyed, but the family barricaded themselves in their house and on the roof and threatened to set themselves on fire if they tried to force them out. During the day, attempts were made to negotiate between the municipality and the family, but no agreement was reached. Currently (18/1/22) the family is still at home, but eviction is possible at any moment. It should also be noted that on 13/1/22 the family submitted an urgent request to the district court to stop the eviction, but the court did not issue an injunction freezing the eviction and ruled that the request would be heard on 23/1/22.

The Sallehiya family is fortified on the roof of their house in Sheikh Jarrah:

The Sallehiya family is fortified on the roof of their house in Sheikh Jarrah. Seeks to adjourn eviction till the court hearing at the 23rd of January pic.twitter.com/qY8DpOLYcw

How can the evacuation be stopped?

A. Use another public area that exists in Sheikh Jarrah for the purpose of building the school – not far from the Sallehiya family home, there is another large plot that was expropriated by the Israel Land Authority many years ago and was transferred to the Jerusalem Municipality. In 2007, the municipality agreed to give up on that plot in order to allow the Israel Land Authority to allocate it to an ultra-Orthodox Yeshiva. The ultra-Orthodox association “Or Shameach” who received the rights to the land, prepared a plan for a boarding school for hundreds of Jewish students, within the Palestinian neighborhood of Sheikh Jarrah. This school (“Yeshiva”) was not built yet.

The municipality could decide to confiscate the Yeshiva plot and compensate the Jewish association in order to build the school, rather than confiscating the Sallehiya land. In this case, where the Yeshiva hasn’t been built yet, no one should be forced out of their home, and the public land in the Palestinian neighborhood would be used for the benefit of the Palestinians rather than for a Yeshiva which will be, in practice, a settlement. 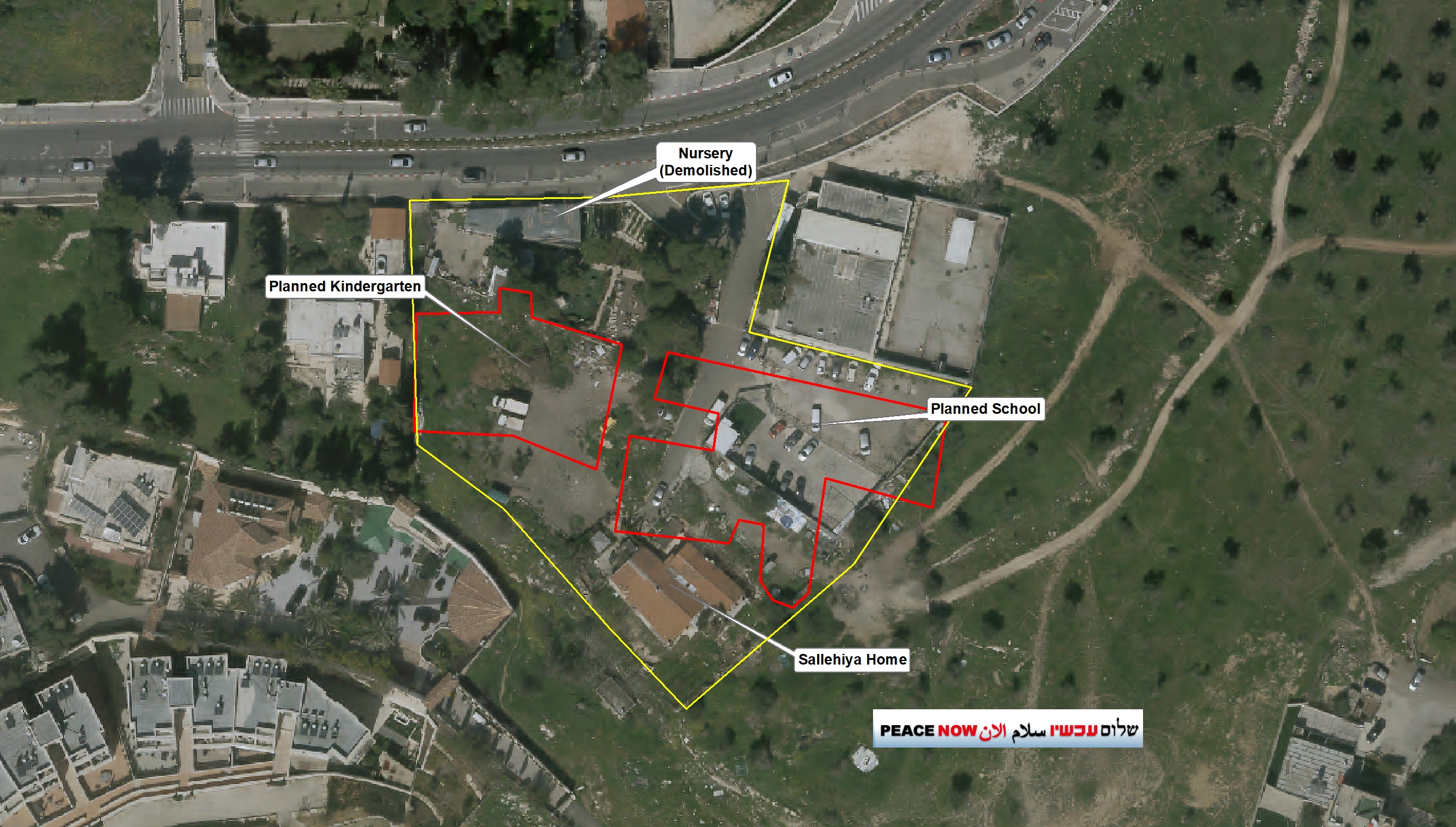