The Supreme Court rejected on 14 September 2020 a request to appeal filed by Izzat Salah, an 82-year-old resident of Silwan, and ruled that he must vacate his home by 5 November 2020 in favor of the Elad settler association. Since the 1960s, Salah has lived with his family in an apartment in Wadi Hilweh in Silwan in protected tenancy. The landlord, a Palestinian living in Denmark, sold the house to Elad a few years ago and Elad, in turn, demanded the eviction of the tenant and even demanded a large sum of money from him for “usage fees” for the property.

In December 2019, the Jerusalem Magistrate’s Court ruled that Salah was considered a protected tenant in the property but Elad has the right to demand his eviction in accordance with the Tenant Protection Law, which allows owners to evict protected tenants if the owners have a need for the property, provided they grant the tenants alternative housing or compensation.

Elad director general David Be’eri stated before the court that the apartment is needed by the association for the purpose of fulfilling its goals: “We are an association whose goals are to house Jewish families in “the City of David”. These are the goals of the association in the Registrar of Associations, to which we receive donations. This is a major part of the association’s objectives.” Be’eri also testified that there is a Jewish family waiting to enter the property and in the meantime is forced to live with its parents because the apartment is not available: “We bought the property for the benefit of the family who are waiting to occupy the property.”

The Magistrate’s Court ruled that in light of the fact that the apartment could not be divided into two, and that the apartment was required by the association to fulfill its goals, Salah would vacate his home and the Elad association would offer him compensation. Both parties filed appeals against this ruling and both were denied by the District Court. Salah also filed an request to appeal to the Supreme Court but yesterday, as stated, it was denied.

Peace Now: “The settlement in Silwan is a serious blow to the prospects of peace and the delicate fabric of life in Jerusalem. This story shows how in the end, what interests the Elad association is to bring as many Jews as possible to live in the heart of the Palestinian neighborhood of Silwan for the broader agenda of asserting Israeli sovereignty there, even if it involves evicting an elderly person from the house where he lived most of his life.” 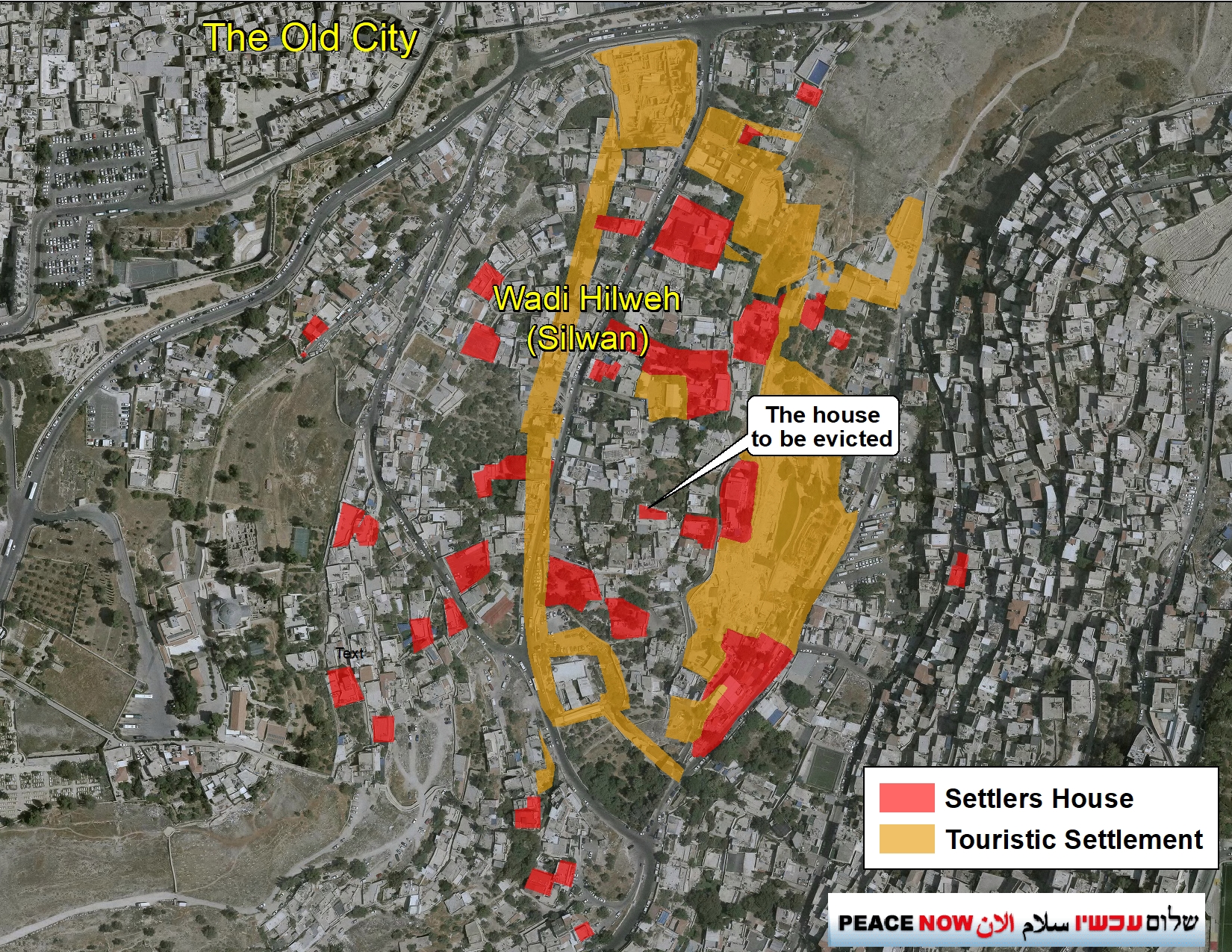 Izzat Salah at his home in Silwan, September 2020