Today (Sunday) the High Court of Justice instructed the issuing of a temporary stop-work injunction for construction at the illegal outpost of Kerem Reim, located West of Ramallah. This happened as a result of a High Court petition submitted recently by Peace Now against the illegal outpost and those responsible for its development. Today, Justice Yotam Danziger ordered to stop all construction at the outpost and prohibited the sale or population the structures.

On 30 March 2017, Peace Now petitioned the High Court of Justice to demand an investigation against the Amana organization and the Benjamin Regional Council with regards to their involvement in the illegal construction currently in progress at the illegal outpost of Kerem Reim. Peace Now also demands the issuing of an interim order, which would stop construction at the outpost while the petition is being examined.

While the public discourse currently focuses on the government’s decision to establish a new settlement to the Amona evacuees, dozens of permanent structures are being built in an effort to establish a different new settlement west of Ramallah – Kerem Reim. This is occurring without approved plans or permits, and without any public debate or criticism. Through our petition, we present alleged evidences of the active participation of Amana and its head, Ze’ev Hever (Zambish), as well as the Benjamin Regional Council and its head, Avi Roeh, in illegal activity.

In our recent report “Unraveling the Mechanism behind Illegal Outposts,” we exposed the mechanism used by settlers in order to create facts on the ground against the law, without government decisions, and while taking advantage of state bodies and taxpayers’ money. The report indicates that one of the main reasons behind the flourishing of illegal construction in settlements and outposts is the lack of law enforcement.  Even in the few cases where an investigation did take place, the cases were closed for various reasons. Those responsible for construction felonies and for fictitious permits know their actions will go unpunished, and thus they continue to create facts on the ground, which are determining Israel’s future.

Peace now: “By ignoring Illegal construction in settlements and outposts, Israeli governments have allowed a small group of settlers to determine their policy and the future of Israel. While settlers are building illegally throughout the West Bank, law enforcement agencies do not raise a finger in order to stop this phenomenon. We will not let go of the issue until those responsible for illegal activity will be brought to justice.” 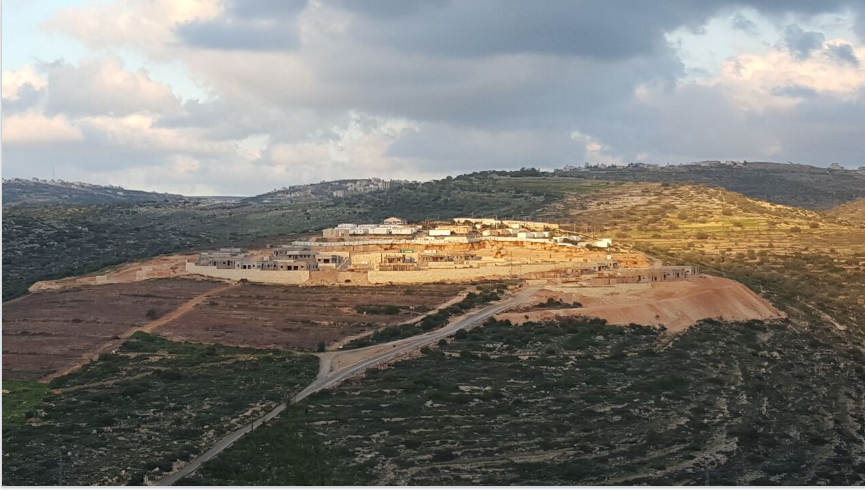