On the night between Thursday and Friday, 2/7/21, dozens of settlers entered a Palestinian house in the Wadi Hilweh neighborhood of Silwan. According to the residents’ testimony, the settlers were accompanied by police forces. Apparently, the Palestinian landlords sold the house to another Palestinian, an Israeli citizen, and he sold it to elements related to the settlers’ association Elad.

Earlier this week, rumors began circulating in Silwan about the sale of the property, and it is possible that the disclosure of the sale led to the settlers’ early entry. The family who lived in the house left in a hurry on Thursday morning. The circumstances of the sale are unknown, but past experience shows that the settlers’ method of acquiring property involves exploiting the Palestinians’ inherent weakness in East Jerusalem (an impoverished and discriminated population, with enormous challenges in surviving at home), sometimes exploiting weak family members (a drug addict or a criminal etc.) and sometimes forged documents are also used. For more information on purchasing methods – see here. 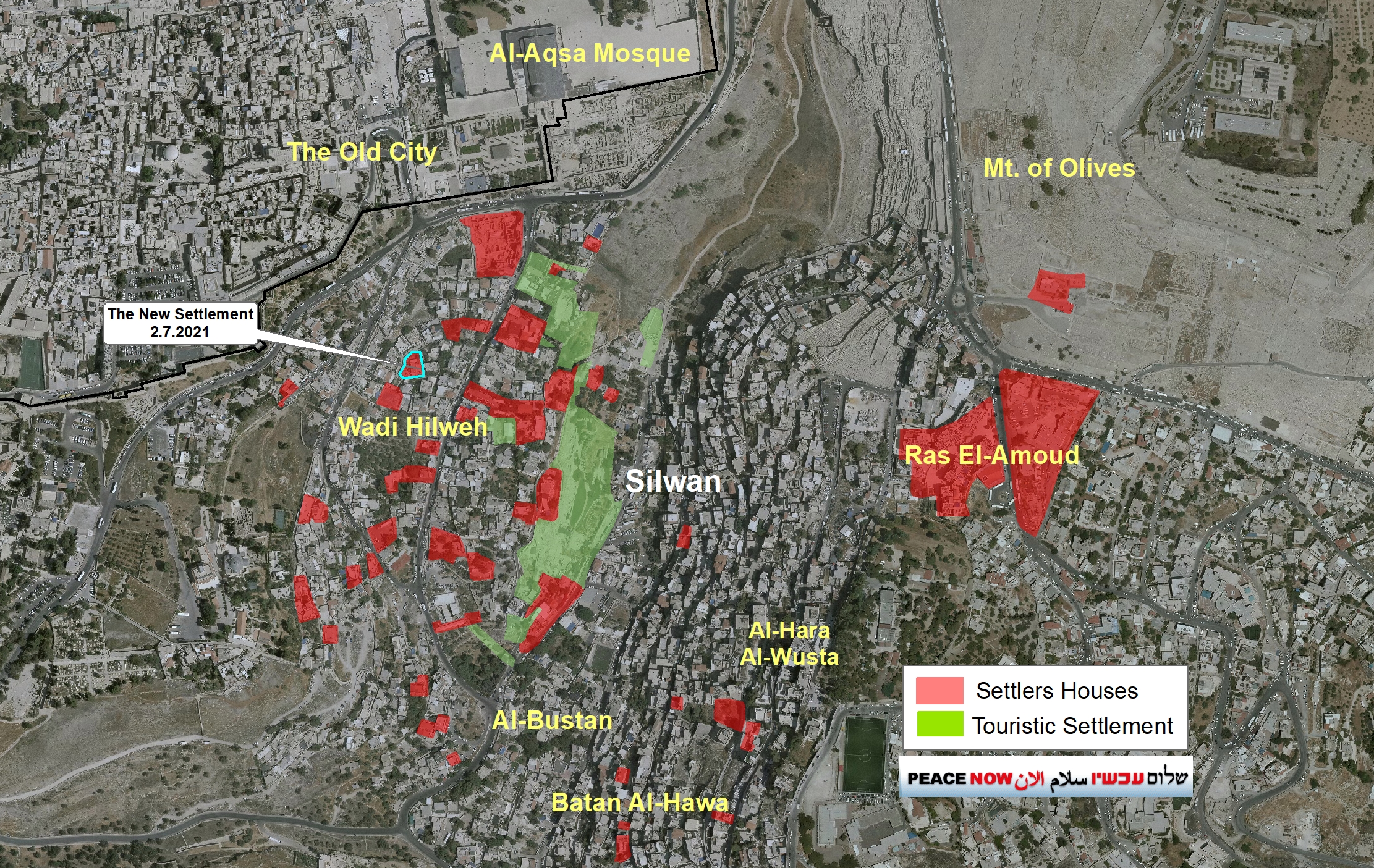 Elad has dozens of properties in Wadi Hilweh in Silwan, and the government has handed over the management of one of the most important and sensitive tourist sites in Israel, the “City of David” site. With the help of archeology and tourism as legitimating mechanisms, Elad association gains control of a vast area of ​​Silwan and hundreds of thousands of visitors a year. For more information, see: Settlement under the guise of tourism.

These days are very tense days in East Jerusalem. More than a thousand residents in Silwan (Batan Al-Hawa) and Sheikh Jarrah are facing eviction claims by settlers; More than a thousand residents of Bustan in Silwan are under threat of demolition of their homes because of government plans to build the “King’s Garden” park on the site. On Tuesday, the municipality demolished a store in the Bustan neighborhood (about 700 meters from the new house that the settlers entered today), and in protest of the residents after the demolition, several residents were arrested a dozen wounded by police sponge bullets and stun grenades.

Documentation of the settlers entering the house in Wadi Hilweh on the night of 2/7/21:

Settlers in the new house in Silwan, 2/7/21. photo: SILWANIC