Yesterday, June 30, 2020, a group of settlers entered a house in the Wadi Hilweh neighborhood of Silwan, some 300 meters south of the Old City and near the Ben Hinnom (Wadi Rababa) valley. The house was built without a permit years ago by a Palestinian family and received a demolition order from the Jerusalem Municipality. About four months ago the family living in the house left. The settlers came in yesterday after claiming to have bought the house from the family.

Peace Now: “This new settler house in the heart of the Palestinian neighborhood of Silwan is bad news for Jerusalem and bad news for Israel. The settlements in the Palestinian parts of Jerusalem makes it much harder to get to a two-state solution with two capitals in Jerusalem, and has far reaching implications on the lives of the people of those neighborhoods. The settlers in Silwan are gradually taking over big parts of the area including large areas of tourism and archaeology. They do it house by house, site by site in the effort to make Palestinian Jerusalem more “Jewish” and harder for Israelis to compromise”. 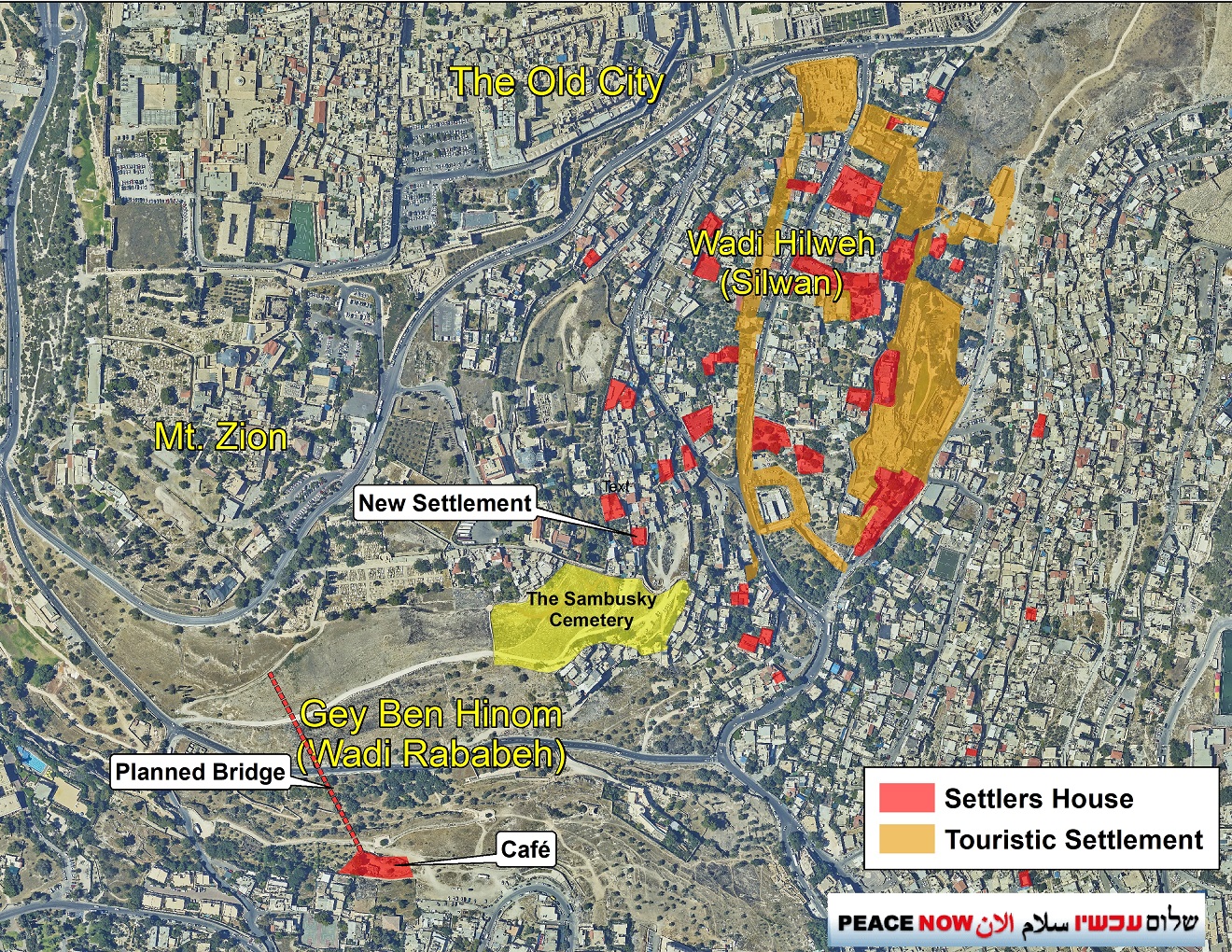 The house is adjacent to the Sambusky Cemetery, an ancient cemetery used by the impoverished Jews of Jerusalem. The cemetery was not preserved throughout the years and there were almost no organized gravestones left. The Elad settlers organization initiated and published comprehensive research on the cemetery and worked on its rehabilitation. In 2012, a restoration project was made for the cemetery, and stone slabs that looked like gravestones were erected to preserve and restore the shape of the cemetery. Apparently, the house was built on the cemetery grounds or very close to it. 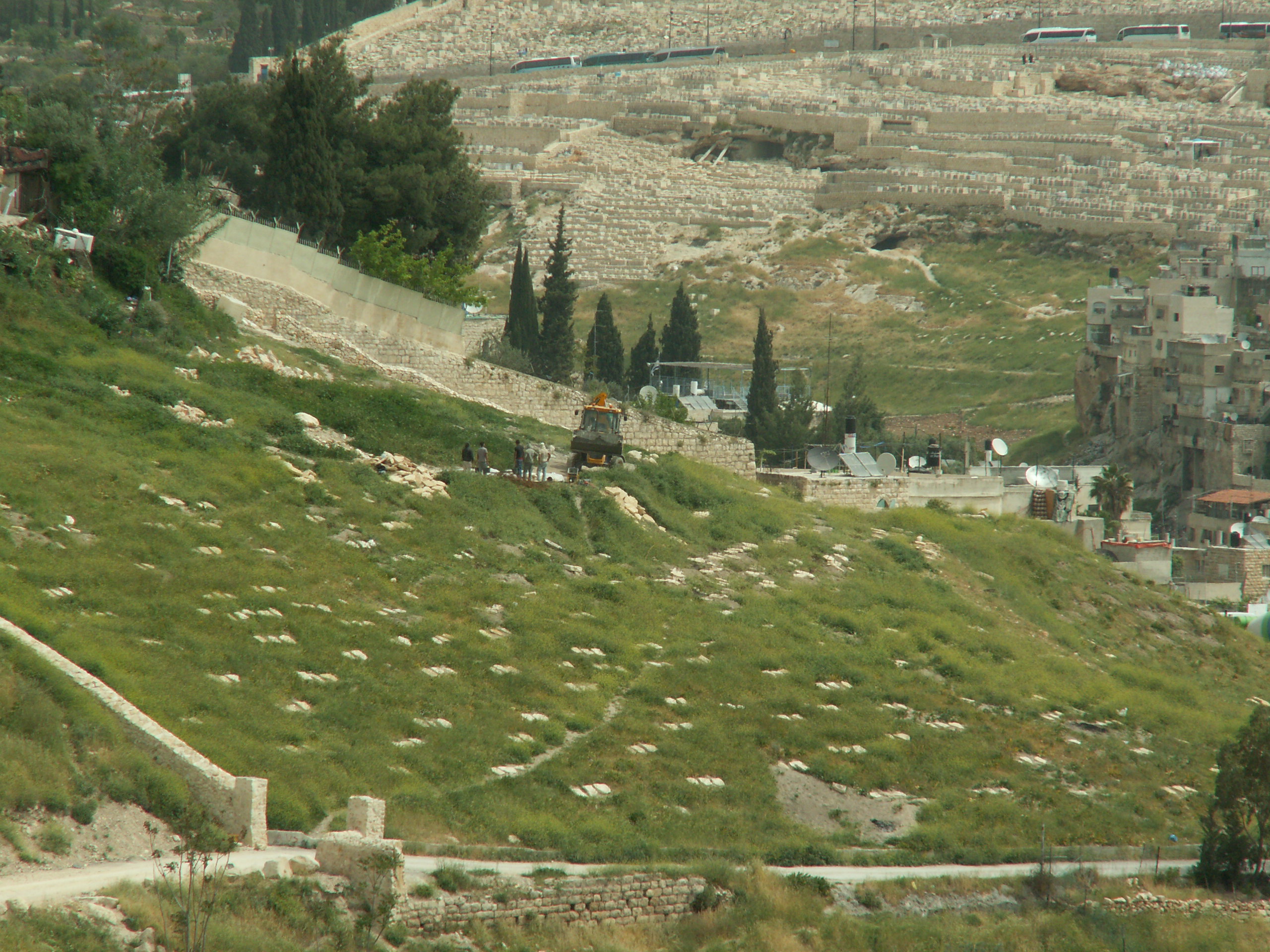 Setting stones in the shape of graves in the Sambusky cemetery, April 2012.

In recent years, the Elad Association, together with the Jerusalem Development Authority and the Nature and Parks Authority, has been intensively developing the Ben Hinnom Valley area leading to the Sambusky Cemetery in an attempt to produce Israeli territorial contiguity from the Sultan’s Pool area and Ben Hinnom Valley area through the cemetery toward Wadi Hilweh and the “City of David” visitors’ center. About a year ago, the mayor of Jerusalem issued “gardening orders” for about 90 dunams, in which the land was expropriated to the municipality for landscaping work for five years. Additionally, in recent months the Nature and Parks Authority has been renovating and installing trails throughout the Wadi Rababa area (Ben Hinnom Valley).

The takeover of this house extends the settlers’ control in the southwest corner of Wadi Hilweh: In September 2014, the settlers entered a nearby house, and in January 2016 another house adjacent to it.

About a year ago, Elad settlers inaugurated a cafe in a house they purchased from a Palestinian in a dubious deal, and now operated in it a compound for events and shows.
Near the cafe, the Jerusalem Development Authority plans to build a large pedestrian bridge that will allow visitors to easily reach Elad’s cafe from Mount Zion. Peace Now filed an appeal and petition against the bridge’s approval, along with the NGO Emek Shaveh, but the petition was denied.

For more on the Elad cafe in the Ben Hinnom Valley, see here (Hebrew).

For more information on the bridge and the objection to it, see here.

All of these projects, along with the settlers entering the house yesterday, are intended to strengthen Israeli presence in this contested and occupied area, and thus make it more difficult for the territorial compromise in Jerusalem needed for a Palestinian capital in East Jerusalem and therefore the two-state solution itself.  Tourism development projects in Jerusalem are one of the most significant ways of settlement, leading to both a change on the ground and in the public domain, as well as a change in Israeli attitudes by hardening them to the idea of this necessary territorial compromise. 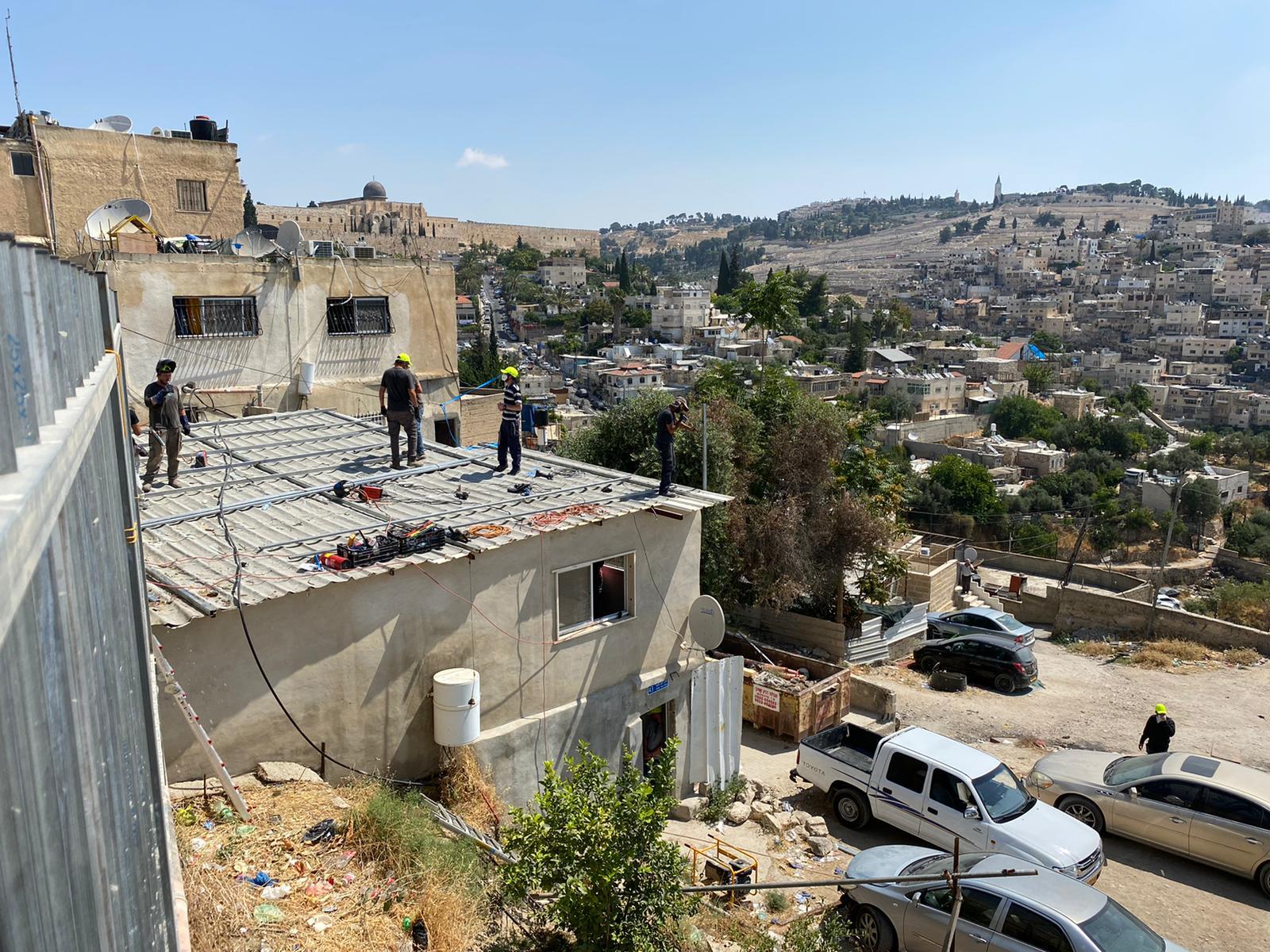 Settlers renovating the newly taken house in Silwan; Al-Aqsa mosque in the background