On the night between 23 and 24 December, dozens of settlers arrived to establish a new outpost on the land of Battir, west of Bethlehem. About a week ago, a new, illegal road was opened to the hill. The settlers completed the road in the night, which reached the outpost. Last night they then began construction work of the outpost itself, supposedly to build an agricultural farm, with new, prefabricated buildings adorned with light tiles (not mobile structures), in order to make the evacuation legally difficult. 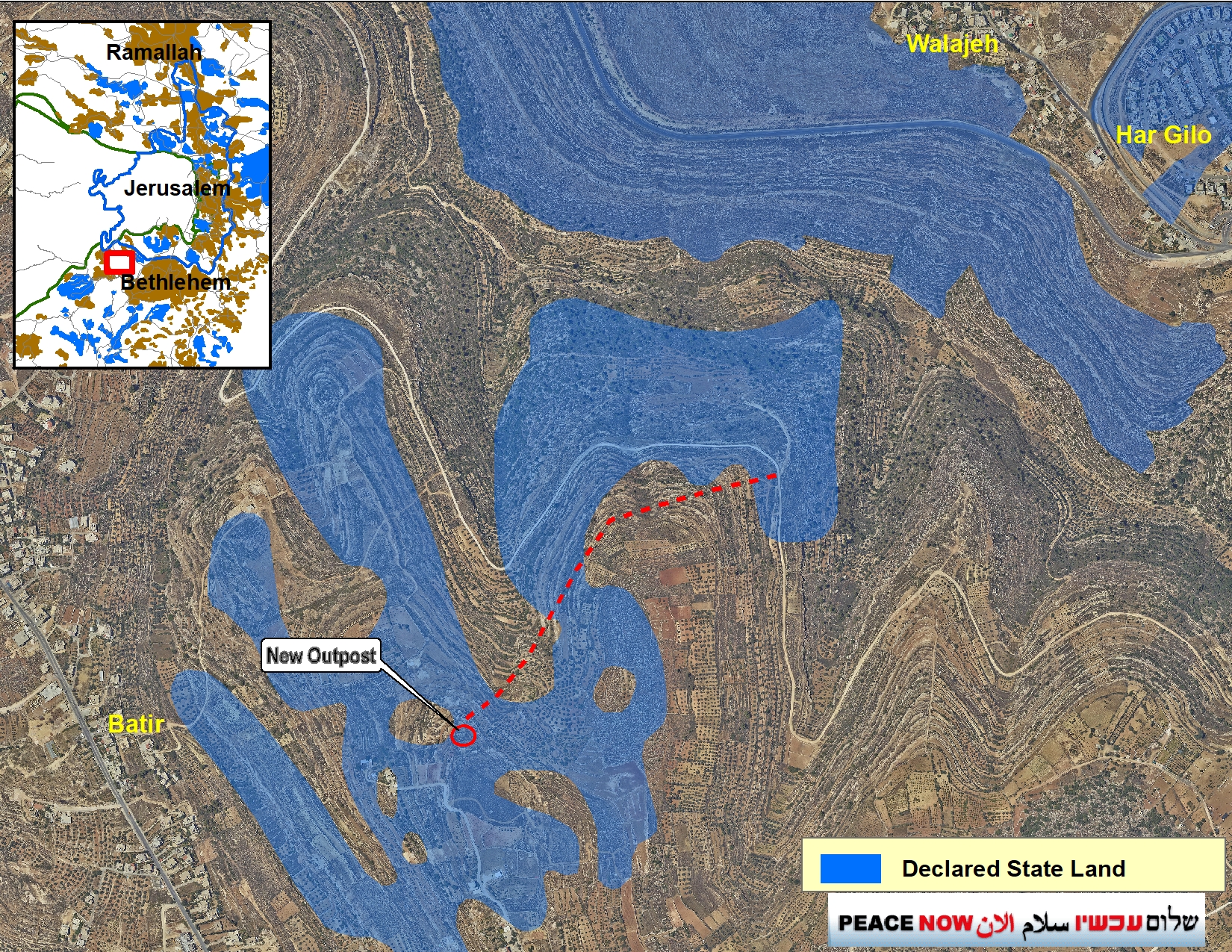 The bulldozer that the settlers brought blocked the access road from the village of Battir to the outpost area, in order to make it difficult for Palestinians to reach it. Despite this, dozens of Battir residents came to protest, calling on the IDF and the police to demolish it. In the morning hours, the IDF confiscated the trucks and equipment that the settlers brought to the illegal site and expelled the settlers, before declaring the area a closed military zone. One building was left intact, and a group of soldiers remained to guard it and make sure that no settlers or Palestinians approached. According to the soldiers, the intention is to evacuate the building today (24 December); however, by late afternoon there has been no such activity.

It should be noted that the land on which the outpost was built was declared “state land” in the past, but its borders did not undergo the required delineation of the government’s Blue Line team. In addition, Peace Now does not know of any ownership of the land given to the settlers, and they are considered to be trespassing on state land. Also noteworthy, a similar incident took place last August when a group of settlers illegally got to and established an outpost on the lands of Ras Karkar, northwest of Ramallah.

Peace Now: “The settlers continue the method of setting facts on the ground in violation of the law. There is no chance that they acted without backing from officials in the Gush Etzion Regional Council and other bodies. This is a very rare case in which the Civil Administration acted immediately to stop the work, and we hope that the settlers will not be able to continue to build the illegal outpost in the heart of the Palestinian territory.”

Click on the following video to see footage of the equipment brought by the settlers to build the outpost, which were later confiscated by the Civil Administration: