Today (13/5/22) afternoon settlers entered a Palestinian house in Hebron that has stood empty in recent years. The settlers claim that they bought the house from the owner, but even if it was indeed a real purchase (and there are good reasons to doubt it), the decision whether to establish a settlement in Hebron or not is in the hands of the Defense Minister and the government.

Peace Now: It does not matter if they bought the house or not, this is an illegal settlement for all intents and purposes. A handful of settlers should not set the foreign and security policy for an entire country and establish a settlement in the heart of a Palestinian city. If the government does not evacuate them immediately, as previous governments have done in similar cases, it means that the government is the one that established the settlement in Hebron.

Happening now: Israeli settlers occupied a new Palestinian building in Hebron. We are losing our city in Hebron. pic.twitter.com/BpCr8NALpp

The establishment of a settlement in Hebron is the sole responsibility of the government!

The Acquisition Claims – Peace Now has no information regarding the alleged deal in this case. We know from many other cases in Hebron and the in the West Bank that these are dubious purchases, which are sometimes based on forgery or the purchase of only small parts of the property. It almost always turns out that the settlers may have managed to acquire the rights from one person, but the rest of the rights holders did not agree to the issue get to courts for lengthy hearings. The last time the settlers entered a house in Hebron was to the Za’atari house in March 2018, the legal argument is still pending in the courts, but the settlers are still in the house.

In this case, it is hard to believe that the settlers have a transaction permit from the Minister of Defense. In all previous cases the settlers hurry to establish a fact on the ground, enter the house and only then submit applications for registration of purchase, and only then does it come to the Defense Minister’s approval. The defense minister can refuse and prevent the execution of the deal.

Security and political prevention – Apart from the permit for the transaction, the defense minister and the government are the determining factor whether to establish settlements in the territories or not. In the case of a sensitive place like Hebron, these are not only policy considerations but also weighty security considerations. In order to prevent a situation in which Israelis decide to establish a settlement in the heart of Nablus, or in the heart of Qalqilya, and drag the IDF to protect them and the State of Israel into political entanglement – any establishment of a settlement on the ground requires the approval of the Minister of Defense.  This means that even there was an approval of the minister for the purchase, still the authority to establish a settlement in the house is in the hands of the government alone.

In the coming days, we will know whether the Israeli government is establishing a new settlement in a new area in the heart of Hebron – or whether it is a government who is ready to confront the settlers and maintain Israeli interests 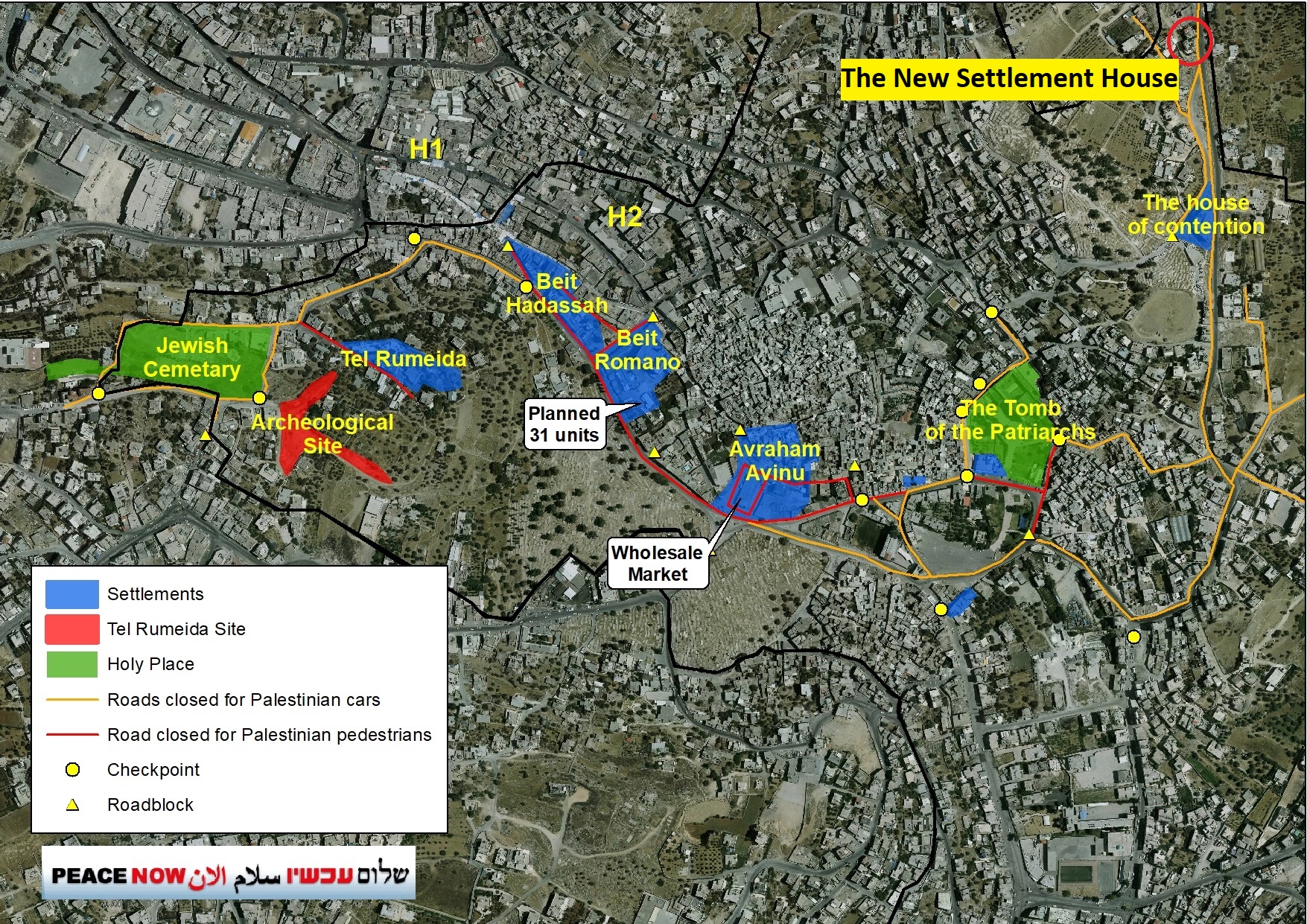