Quietly, far from public attention, facts on the ground are being created that are changing Israel’s political position in the West Bank, without official decisions and in defiance of the law. Settlement organizations are establishing new outposts, or unauthorized settlements, with the direct assistance of the authorities and often financed by public funds. The government, for its part, encourages such construction by promising support and working to legalize these outposts, while refraining from enforcing the law against them.

* Significant parts of the information in this report were first exposed by Dror Etkes of www.keremnavot.org

Peace Now: The Netanyahu government has established dozens of new settlement outposts quietly, without any public debate, in order to take over more territory and prevent the two-state solution. This comes despite talk of regulating the legal status of the more established outposts, in part to create a semblance of law enforcement in the West Bank. When the government and Knesset declare that they will do anything to legalize any unauthorized construction by settlers and even steal private land, settlers see this correctly as an incentive to build more outposts. This outpost method has consequently become a choice tactic in the process of de facto annexation of the West Bank, and it is leading us to a permanent single undemocratic state. 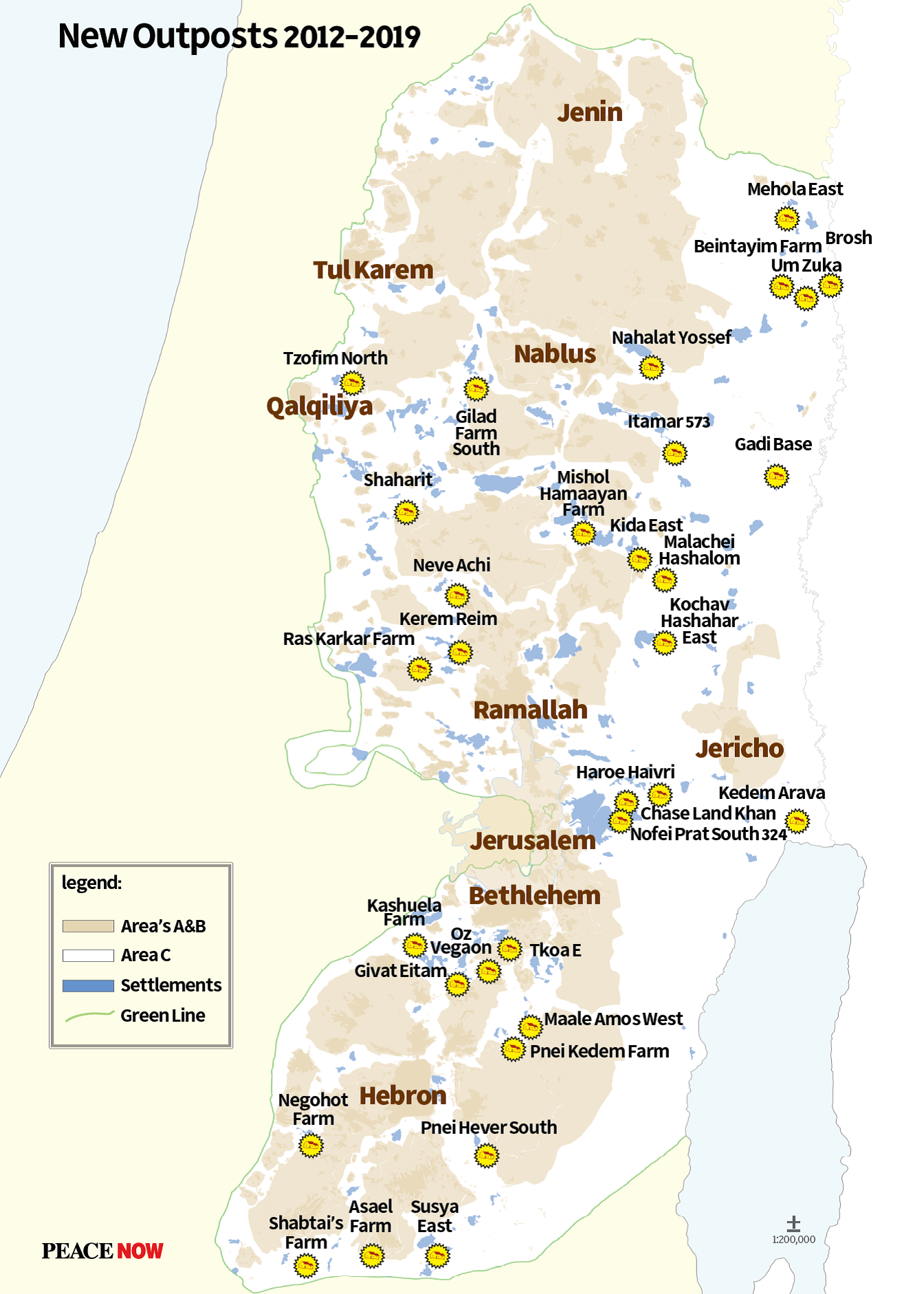 Out of the outposts established: 2 outposts were evicted (Migron and Amona); 23 outposts were legalized (three as independent settlements and 20 as "neighborhoods" of existing settlements); at least 12 outposts are in the process of being legalized (plans promoted and/or a government resolution). The outposts phenomenon started mainly under Netanyahu as Prime Minister in 1996, and it was stopped in 2005. In 2012 the government of Netanyahu started to established illegal outposts again.