Peace Now filed a petition this week (HCJ 3210/22) against the Attorney General, the State Attorney, the head of the Investigations Division in the police and officials in the Ministry of the Interior, demanding that the court order them to open an investigation against the heads of the Gush Etzion Regional Council for their involvement in funding the illegal outpost “Sde Boaz “, for hundreds of thousands of shekels. Along with the criminal investigation, Peace Now also demands that the court will order the Ministry of the Interior to take the administrative proceedings to offset the amounts illegally spent from their budgets, as well as a personal charge procedure against the head of the council and the treasurer for spending money on illegal activities. The petition is filed by Adv. Michael Sfard and Kela Sapir.

Peace Now: Crime in illegal outposts is organized crime, with the support and funding of official bodies. It is impossible to fight outposts by negotiating with such or other settlers who take over land and build illegally and certainly not by their massive legalization. To eradicate the phenomenon from the root it is time to stop public support and funding. Those who are responsible for the illegal activity must know that if they transfer public funds to fund illegal activity, they should be subject to investigation and punishment. It’s time for law enforcement systems to take this crime seriously.

For more information on the outposts’ method and the involvement of the regional councils and Amana on illegal activities, see a comprehensive study of Peace Now: “Unraveling the Mechanism behind Illegal Outposts.”

To read the petition (in Hebrew) – see here 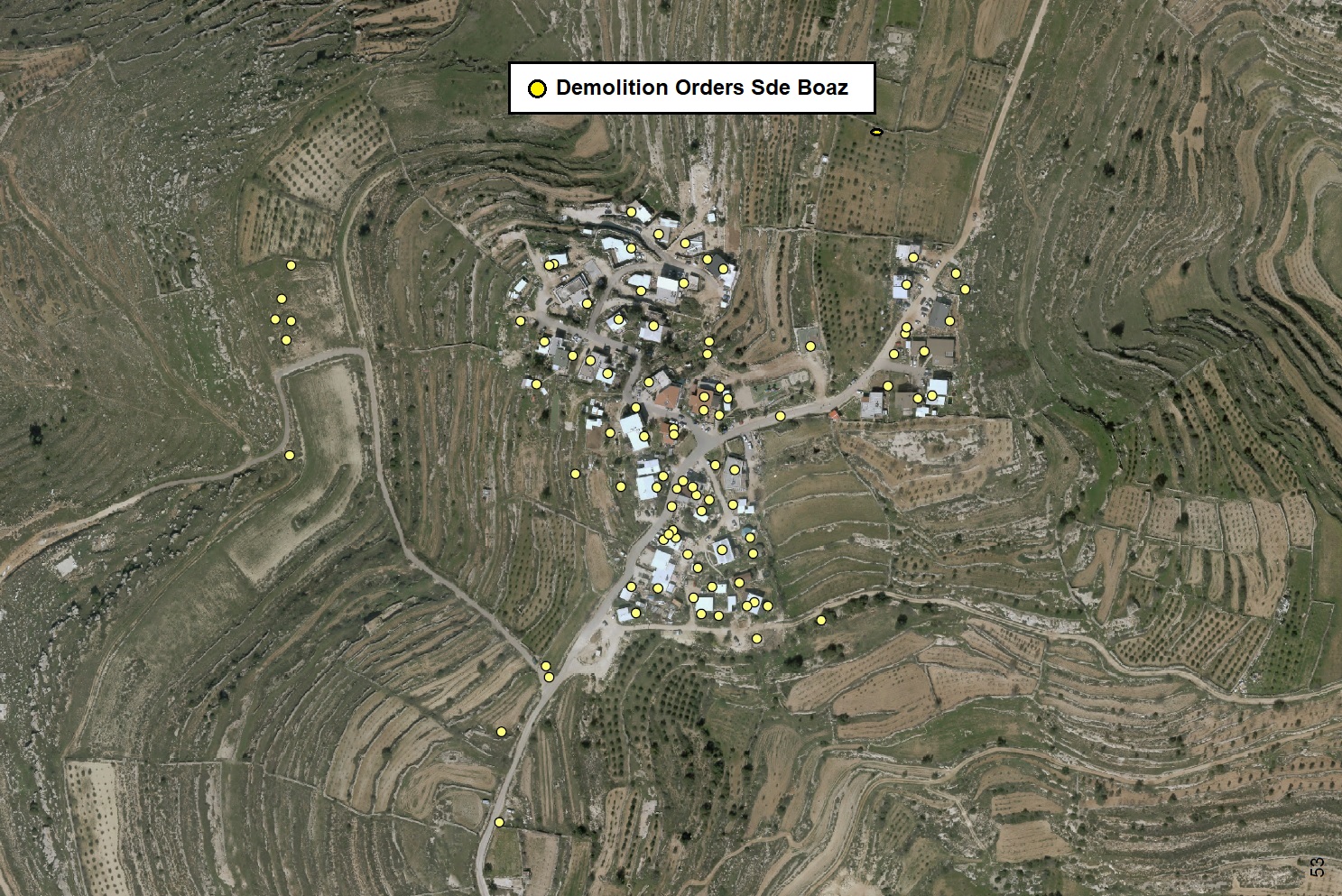 The Support to the Illegal Outpost of Sde Boaz

Peace Now’s petition presents a long list of evidence, receipts and documents, which attest to the Gush Etzion Regional Council’s extensive funding for illegal outposts, through Amana. Among other things, it turns out that the Gush Etzion Council transferred close to NIS 200,000 for construction in Sde Boaz and another more than NIS 2 million to finance farms and other illegal outposts.

For example, in 2018 the council transferred NIS 52,000 to Amana for “sewage infrastructure works for the new neighborhood in Sde Boaz”. In addition, the council transferred NIS 11,793.6 to “Planning Plots in Sde Boaz”, on private Palestinian lands that neither Amana nor the Council has any rights in them. Amana also reported to the council on various other expenses regarding Sde Boaz on “Electric Transformer for Sde Boaz” (NIS 10,822), and on “Sde Boaz structures” (NIS 10,080), and additional expenses in Sde Boaz in the amount of NIS 113,502.33. All this only in 2018 and 2019. 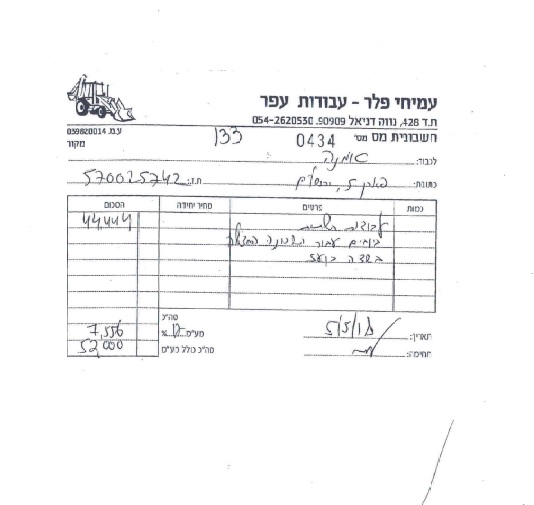 Receipt for expenditure of NIS 52,000 on “Sewage infrastructure works for a new neighborhood in Sde Boaz”

The petition demands that the court order:

1. Law enforcement agencies (police and state attorney) – to open an investigation into Gush Etzion Council financing of illegal construction, and of the invasion of private lands in the Sde Boaz outpost.

2. Ministry of the Interior officials – to offset the amounts spent by the council on illegal activities from the public funds transferred to it from the government, and to refrain from approving the council’s budget until it is amended. In addition, the petition demands that a “personal debit procedure” be instituted against the head of the council and the officials in the council who approved the illegal transfer of funds. This procedure is intended to oblige those responsible for spending money illegally to return the money out of their own pocket.

“There is no way to explain the audacity of taking over private and public lands and building on them without any right, but that the developers, financiers and operators all enjoy an unquestionable sense of immunity. This sense of immunity stems from the utter helplessness of the national law enforcement authorities: Respondents 1-3 [the State Attorney’s Office and the police], and of the relevant regulatory bodies – Respondents 4-7 [Interior Ministry officials], who refrain from exercising any supervisory and auditing authority.

Therefore, the investigative and administrative enforcement procedures required in this case are important not only to prosecute the criminals involved in the Sde Boaz outpost but also to halt the process of the disappearance of the rule of law in the West Bank and to send a clear message that it is alive and well.”