The Annexation of Ma’ale Adumim is a reckless move that must be stopped immediately. Here’s why:

1. Illegitimate unilateralism: The annexation of Ma’ale Adumim is a unilateral act meant to determine facts on the ground prior to negotiations. Annexation of a small portion of the Occupied Territories will only be legitimate if implemented in the framework of land swaps following a negotiated agreement, which includes the drawing of final borders.

2. Destroying the two state solution: The jurisdiction of Ma’ale Adumim is as large as the size of Tel Aviv. It includes the highly contentious E1 area and stretches until the outskirts of Jericho, 10 kilometers form the border with Jordan. The annexation of Ma’ale Adumim will cut the West Bank in half and create a split between the North and South of the West Bank. By doing so, it will prevent the possibility of a viable Palestinian state and destroy the possibility for a two state solution.

4. Strengthening extremists: A unilateral annexation of Ma’ale Adumim will reinforce the argument that Israel is not a partner for peace. It will lead to the weakening of moderate forces who seek to arrive at a two state solution through negotiations and strengthen extremist who did not give up on historical Palestine and support violent resistance

5. Risking another wave of violence: Given all of the above, a unilateral annexation of Ma’ale Adumim could ignite the Palestinian street and drag Israelis and Palestinians to another round of violence.

7. International Isolation: The annexation of territories and application of sovereignty over them is contrary to International Law. A unilateral annexation not within the framework of a final status agreement and land swaps will not be recognized by the international community, which consensually support the two state solution, and will lead Israel to a severe diplomatic crisis.

8. Encouragement of the BDS movement: Instead of insisting on differentiating between Israel proper which is legitimate and the occupation and the settlement which are not, the Israeli government is blurring the line between the two, and by doing so it strengthens calls to boycott Israel. 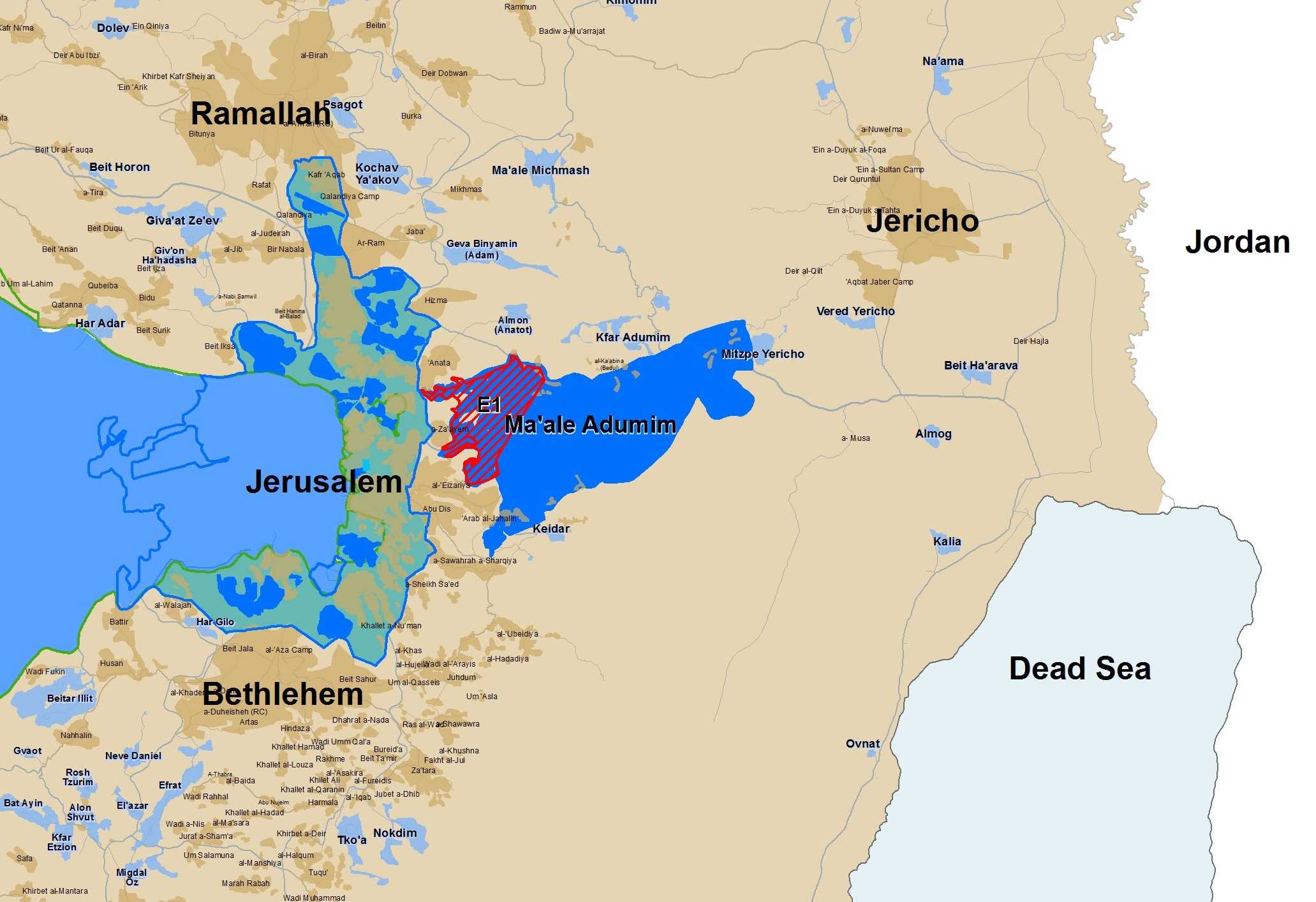