The Subcommittee on Objections of the Higher Planning Council (HPC) of the Civil Administration will convene on July 18, 2022 to discuss the objections to the plans to establish a settlement of approximately 3,412 housing units in E1. The agenda for the hearing was published today on the planning authority’s website. In January this year, the government cancelled the discussion of the plan due to international pressures to “an unknown date”, but now the plan is back on the agenda to be promoted.

The Government is using an excuse as if the promotion of the plan was forced on it because of a petition filed in court by the Municipality of the settlement of Maale Adumim. It is important to stress that there was no hearing held in the petition, and previous cases show that the Supreme Court approved several time that the Government has full authority to stop planning and construction in settlements at any stage. The petition of the Maale Adumim Municipality was withdrawn today, after the Government informed that the hearing was set for July 18.

Peace Now: The Bennet-Lapid Government is promoting Netanyahu’s dangerous policies. The E1 plan poses a real threat for the chance for peace thus has gained sharp opposition in Israel and internationally.  Using the legal excuse as if it was forced on the government is a pathetic excuse that can not hide the shame of the government. The Prime Minister and the Minister of Defense can and must freeze this plan so that the Israeli interest is safeguarded and a wrong prevented.

The plan was deposited for objections by the Netanyahu Government during his election campaign in 2020, and the objections that were filed to the plan started to be heard in October 2021, shortly after Prime Minister Bennet’s meeting with President Biden. The Subcommittee on objections conducted two hearings to hear the objections, but the third concluding hearing that was scheduled to January 10, 2022 was cancelled following American pressure. In a webinar to Americans for Peace Now US Ambassador Tom Nides spoke bluntly about his efforts to halt E1 plans: “I went full board on E1… It is a very important area which if [built] could cut off any possibility of a capital for the Palestinians.”

The plan is considered exceptionally lethal for the chances for peace and the two state solution as it cuts across the West Bank and prevents the development of the metropoline between Ramallah, East Jerusalem and Bethlehem. There have been attempts to promote this plan since the 1990s, but due to the opposition in Israel and the world it was not promoted till Netaynuahu ordered to approve it for depositing in 2012. Then after years the plan was frozen, Netanyahu promoted it again at the eve of the February 2020 elections. 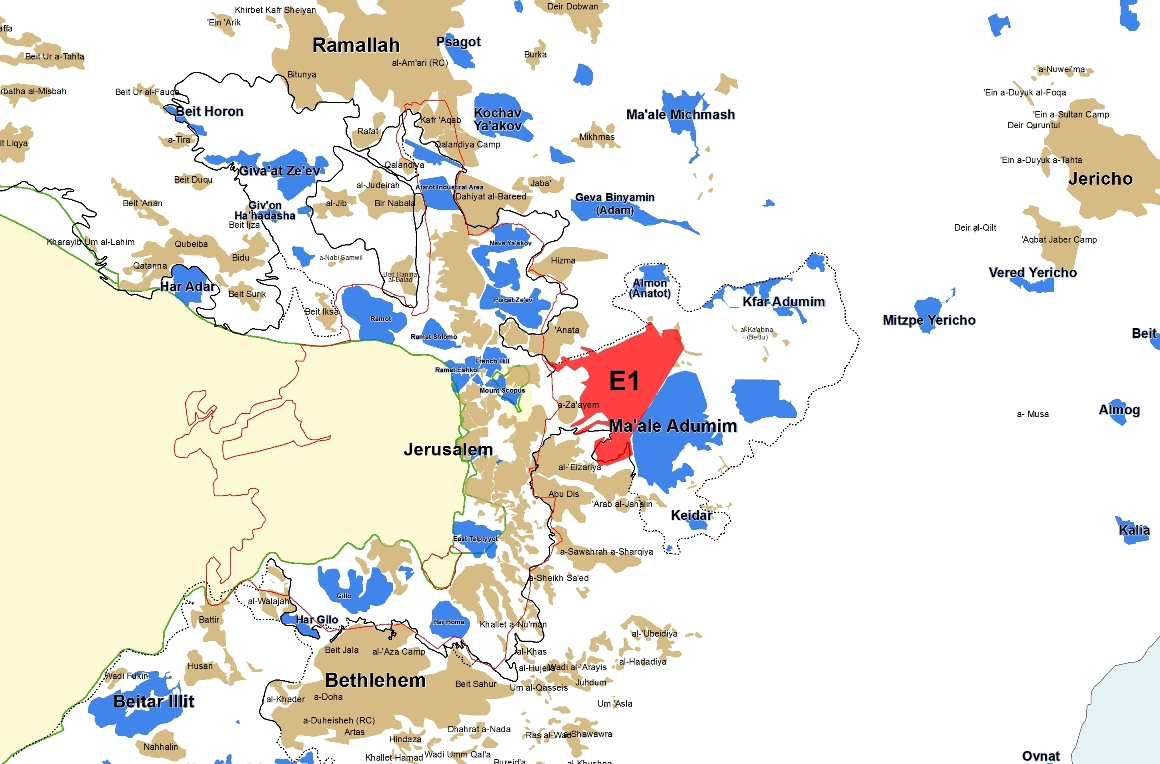 The petition filed by the Maale Adumim Municipality

After the third and conclusive discussion of the objections on E1 was cancelled, the Municipality of Maale Adumim filed a petition to Jerusalem District Court on March 2022, claiming that the government had no authority to intervene and cancel the hearing. Today, May 31, 2022, the petition was withdrawn, after the government announced that the hearing is set for July 18. There was no hearing in court and no ruling of the court but rather an independent decision of the government to accept the Municipality’s claims without trying to oppose them. However, it is important emphasize that the Supreme Court had previously ruled that the government has full authority to stop planning and construction in settlements even after construction had started (as was the case during Rabin’s settlement freeze) and even to evict settlements and settlers (as was the case in the disengagement from Gaza).

According to Israeli law and government decisions, any promotion of construction in settlements requires pre approval by the Minister of Defense. The Higher Planning Council of the Civil Administration and its subcommittees are not allowed to convene and discuss a plan or publish a plan’s approval without the Minister of Defense pre approves that.

The hearing of the objections is a central stage in the procedure of approving the plan, following which the Higher Planning Council can convene to approve the plan for validation.