On May 1, 2019, the Civil Administration Higher Planning Committee’s Subcommittee on Roadways approved construction permits for the paving of two bypass roads: the Huwwara Bypass Road south of Nablus and the Al-Aroub Bypass Road, south of Bethlehem. In early April, the defense minister (at that time Prime Minister Netanyahu), approved to begin the construction of the two bypass roads, and immediately afterwards, the head of the Civil Administration issued orders to confiscate hundreds of dunams of private Palestinian land for paving the roads.

Huwwara Bypass – For the purpose of the road, an expropriation order was issued for 406 dunams of private Palestinian land from the villages of Burin, Huwarra, Beita, Awarta, Yasuf, Yatma and A-Sawiya. The road is expected to serve only four settlements: Yitzhar, Itamar, Har Bracha and Alon Moreh, where just 7,132 settlers live. The road could also facilitate travel to the nearby outpost of Havat Gilad, which the government seeks to legalize. According to reports, the cost of the road, which is 5.5 kilometers long, is estimated at a quarter of a billion shekels ($69 million), or about NIS 35,000 per settler ($9,750).

Al-Aroub Bypass – To build the road, an expropriation order was issued for 401 dunams of lands from Beit Ummar and Halhul for a road of about 7 kilometers, south of Bethlehem (Read more on Al-Aroub Bypass road).

After the permits are granted the works can begin 60 days after the expropriation orders were issued, on June 4th. Should petitions be submitted by land owners to the High Court of Justice against the expropriations, such road work would be delayed until a ruling.

Peace Now: “These expropriations are part of the government’s continued capitulation to the settlers to build Israeli-oriented bypass roads throughout the West Bank. The settlers know very well that without good roads the settlements will not be able to develop, and tactically demand that they be built “for security reasons.” This stated rationale masks the real goal behind these roads: to expand the settlements and to advance plans for annexing the West Bank at the cost of a two-state solution.” 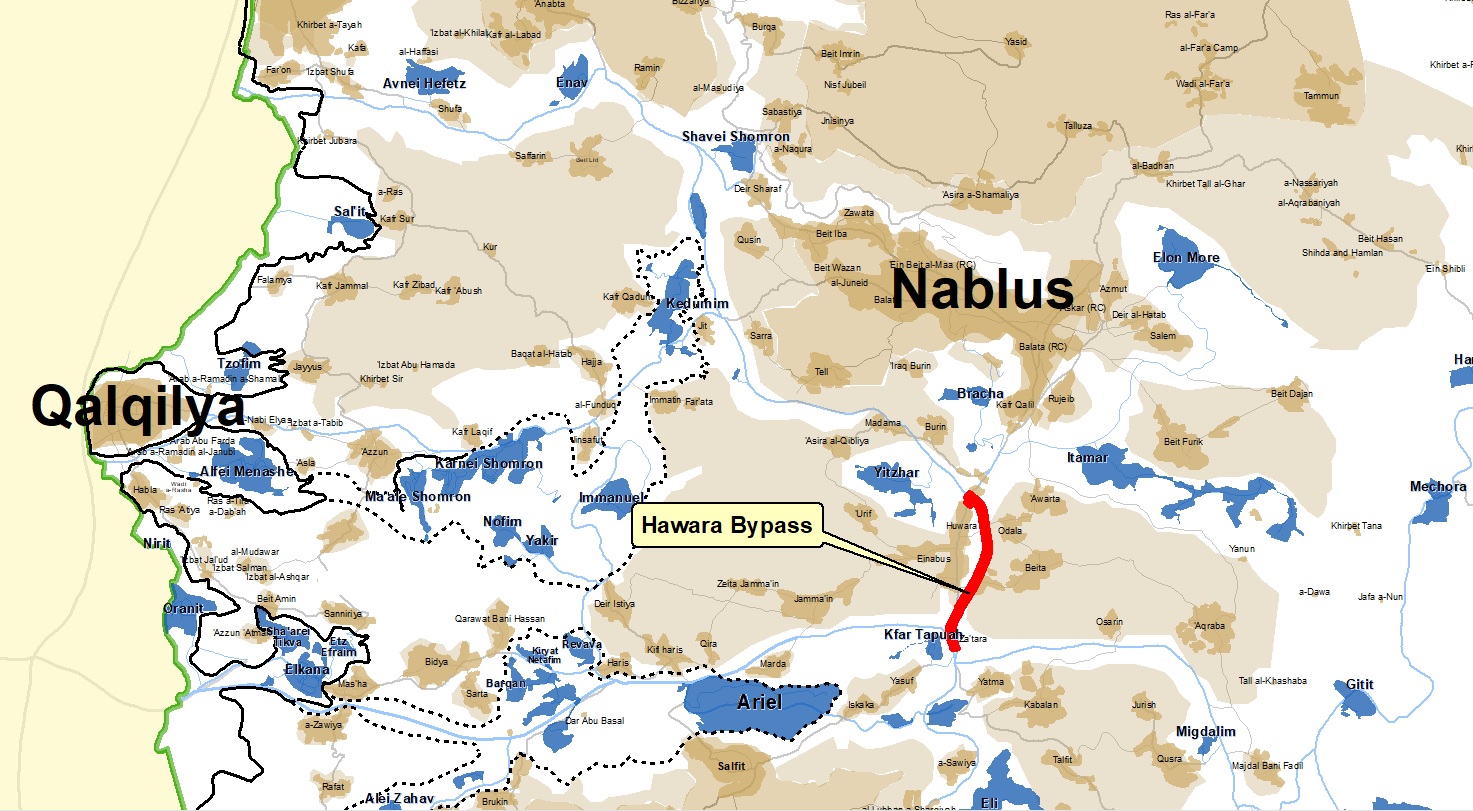 It should be noted that the settlements are a major security burden on Israel. If Israeli security is such an interest to the settlers, then they would demand a halt to settlement expansion and for the government to reach a peace agreement with the Palestinians. Only by doing so can Israel have a secure, stable and internationally recognized border, rather than having to play guard duty for hundreds of Israeli civilians (settlers) in the West Bank.

The bypass roads do not dramatically improve the security of Israeli residents, but rather increase the number of settlers, thus increasing the security burden of the settlements. Unfortunately, attacks and stone-throwing occur on bypass roads.

A bypass road requires extensive expropriation of Palestinian land. All roads are planned from the Israeli interest toward the settlements and their development. Even if in some cases the Palestinians can benefit from these roads, they are not paved according to a planning conception of the Palestinian needs. This raises the question of Israel’s legal excuse to confiscate land in order to build roads in occupied territory by claiming that the roads will also serve the protected Palestinian population. (See Peace Now-Americans for Peace Now report on bypass roads here.) 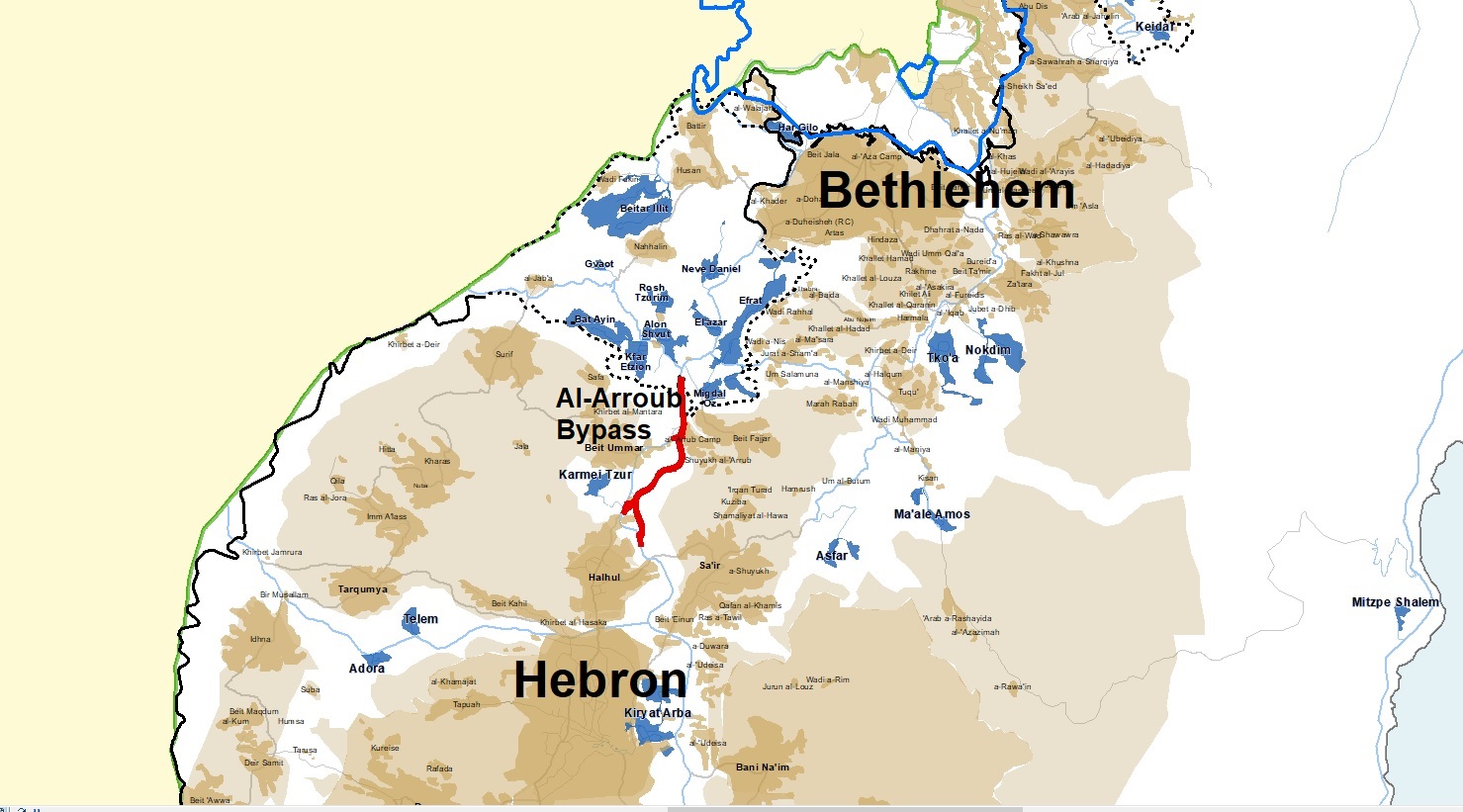