Last week, the head of the Civil Administration issued orders to confiscate Palestinian land for the purpose of widening the Tunnels Road bypassing Bethlehem from the west and connecting Jerusalem to the Gush Etzion settlements. The intention is to add another tunnel and another bridge in parallel with the existing tunnels and bridge and to ease the heavy traffic on that road. According to the orders, about 11 dunams of the villages of al-Khader and Beit Jala will be confiscated. The orders will take effect within 60 days of their issuance (1/9/19), in which objections to the confiscation can be filed. Immediately after this date, the works can be implemented (unless the case is brought to court).

Peace Now: “Land expropriations and promotion of bypass roads are part of the Israeli government’s ongoing submission to settler sermons to pave more and more roads in the West Bank. The settlers are well aware that without good roads, the settlements cannot develop and they continue to exert pressure, all to advance their ideological plan to annex the West Bank and to prevent the creation of a Palestinian state in the context of a political solution.” 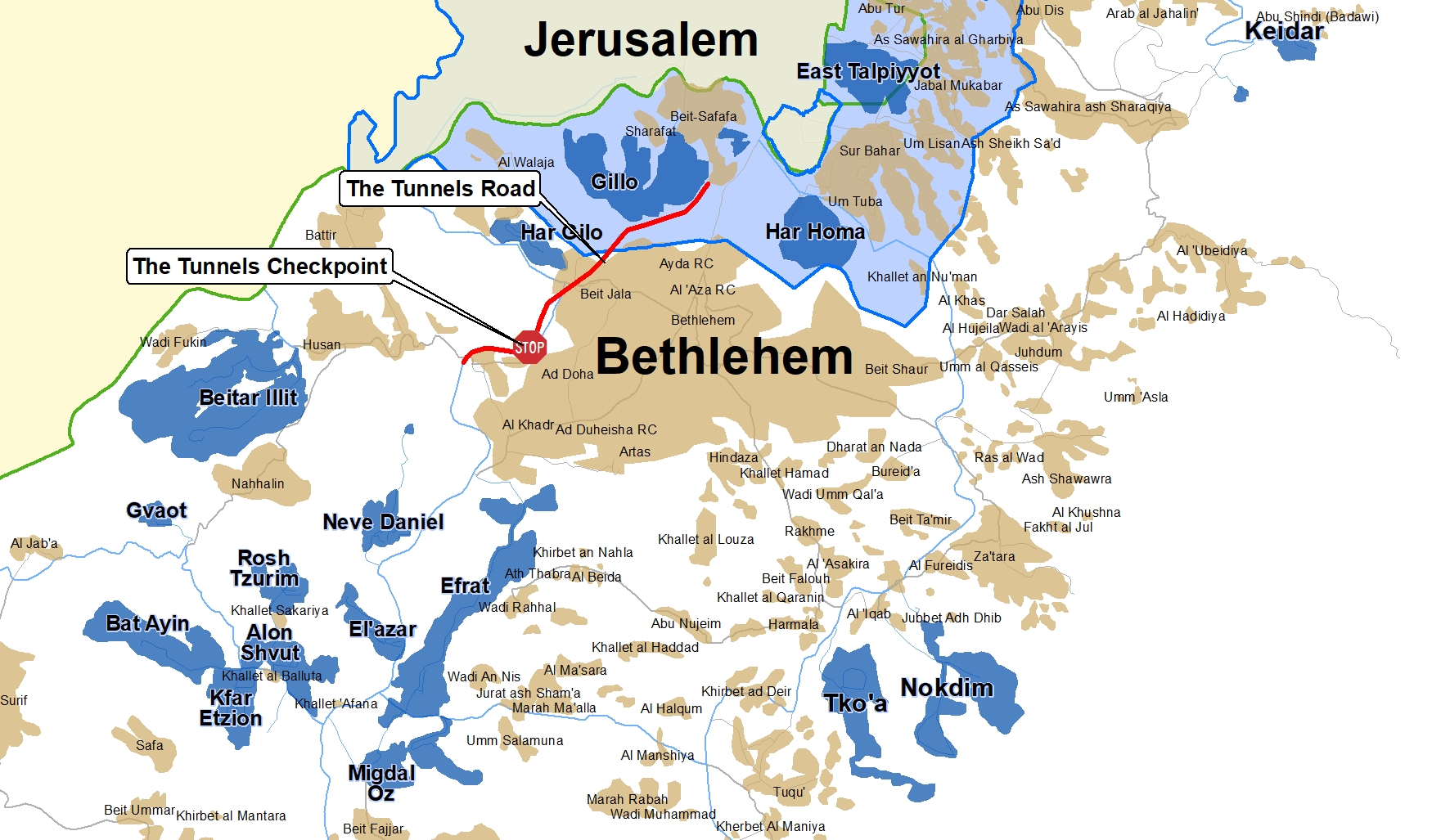 Paving and expanding bypass roads to stimulate settlement development:
The Tunnels Road was paved in 1995 under heavy controversy. It was just after the signing of the Oslo Interim Agreement and entailed a massive financial investment (tunnel-roads were not common in Israel at the time). Then  Prime Minister Rabin decided to pave several bypass roads- the bypass of Ramallah, the bypass of Hebron and the Tunnels Road to bypass Bethlehem – so that the settlers could commute to Israel without driving through Palestinian cities from which Israel redeployed and handed over to the Palestinian Authority for nominal autonomous control. The Interim Agreement was supposed to last for five years until a final status was signed, and the bypass roads were supposed to be an interim solution for the settlers. However, unfortunately a final status agreement was never signed, the settlements were never evicted and the bypass roads stayed and became the key route for the development of the settlements.
The bypass roads were much faster and safer for the settlers, and gave them the feeling that they are not in the Palestinian Territories, where the towns and villages are only a view and a background for their drive.
The effect of the Tunnels Road was immediate: within 6 years the population of the settlements along the road doubled, and in ten years tripled (from 15,515 setters in 1995 to 30,853 settlers in 2001 and 45,870 in 2006). 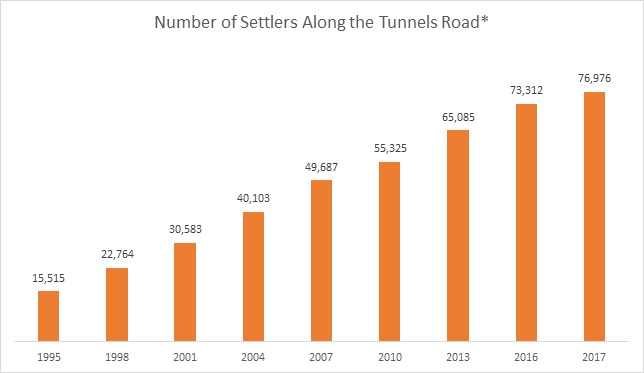 Today there are 76,976 settlers in the settlements lying a commute away from Jerusalem through the Tunnels Road. The traffic has become heavy and the Netanyahu government decided to invest hundreds of millions of shekels in expanding the road. This expansion will undoubtedly contribute to the expansion of those settlements and therefore will harm the chances for a two-state peace agreement.
Paving and expanding roads is generally seen as secondary to the construction of housing units in the settlements, but the Israeli government’s huge investment in bypass roads directly affects the expansion of settlements and the increase in the number of settlers in the West Bank.

See Peace Now’s study on the Lieberman Road as a test case for the effects of the bypass roads.

Expropriating lands from Palestinians for Israelis only:
In Israel itself, as part of the democratic system, the authorities are allowed to confiscate private properties for the public interest. However, in occupied territories, such confiscations are only allowed for the benefit of the protected population and not for the benefit of the occupier. Whenever Israel confiscated Palestinian lands for roads for the settlers, it always stressed, in the public debate and in courts, that the Palestinians will also benefit from those roads.
However in the case of the Tunnels Road, it is impossible to claim that the Palestinians can use that road because at the entrance to the road there is a checkpoint that allows only Israelis to enter the road and drive into Jerusalem. Palestinians who wish to drive to Jerusalem, if they get a permit, can do it only from another checkpoint and not through the Tunnels Road checkpoint.
Thus, in the case of the Tunnel Road, the claim that the confiscation was intended to be used by the residents of the area is incorrect because of the barrier at the entrance to the road that only Israeli citizens or permanent residents in Israel pass (such as residents of East Jerusalem).

Big momentum in paving and road construction projects for settlers:
In recent years, there has been a very significant increase in government investment in paving roads and expanding existing roads. At the end of 2017, Prime Minister Netanyahu approved a budget of NIS 800 million to promote roads in the West Bank.

See more about the big investment in West Bank roads. 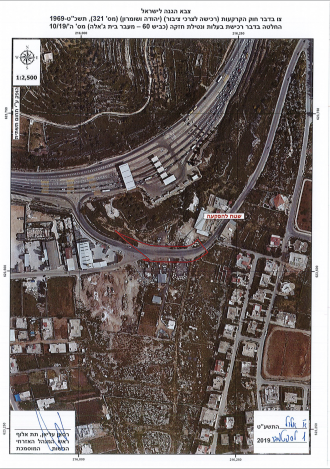