The Israeli Central Bureau of Statistics (ICBS) published today (19.06.2017) that between April 2016 and March 2017 there has been a stark increase of 70% in construction starts in the settlements, compared to the parallel period the year before.

The data that was exposed by the ICBS reveals that during the first three months of 2017, from January to the end of March, 344 housing units began construction at settlements. While this figure is slightly lower than that of the same period in 2016 (447 construction starts), this number is expected to grow higher in the coming months, as the ICBS continues to update its figures.

Instead of working to solve the Israeli housing crisis, the government prioritizes a radical minority living beyond the boundaries of the state. Yet the highest price to be paid for the sharp increase in construction starts beyond the Green Line is a political price, as such construction continues to distance us from the only way to end the Israeli Palestinian conflict – a two state solution. 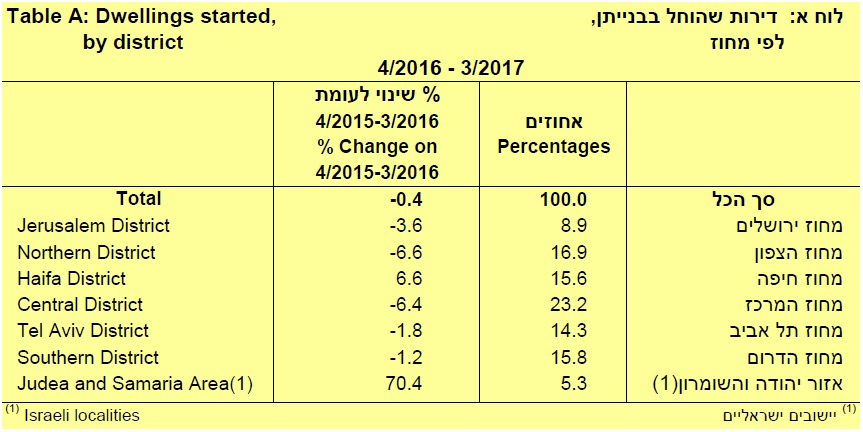