On 15 September, 2019, the Israeli government cabinet approved the official establishment of a new settlement, Mevo’ot Yericho, currently an outpost in the Jordan Valley. The units of the outpost will still need to be retroactively authorized through the settlement plan approvals process, for which the cabinet decision has given the political green light to be promoted.

This announcement marks the christening of a sixth official settlement since the Oslo Accords, following declarations for the Havat Gilad outpost (2018), Amichai settlement (2017), Bruchin (2012), Sansana (2012) and Rechelim (2012). Over a dozen other outposts have been retroactively authorized as “neighborhoods” of existing settlements so that the government could deny officially creating new settlements. For more on the revival of building outposts under the Netanyahu government and efforts to legalize them, click here.

Mevo’ot Yericho lies strategically just 650 meters from the Area A of the northern edge of Jericho, thus blocking potential Palestinian develop. The move comes just days after Prime Minister Netanyahu presented a detailed plan to annex the Jordan Valley, while encircling Palestinian Areas A and B.

Peace Now: “This official establishment of another settlement proves yet again that the government is unencumbered by the thought of international backlash or the end to Israeli democracy on its way to annex Area C. The government continues to show blatant disregard for reaching a two-state conflict-ending agreement with the Palestinians. Instead, it prefers to take new strides in formalizing the acquisition of occupied territory and to control the area’s resources while permanently keeping the Palestinian population confined without full rights in isolated cantons.” 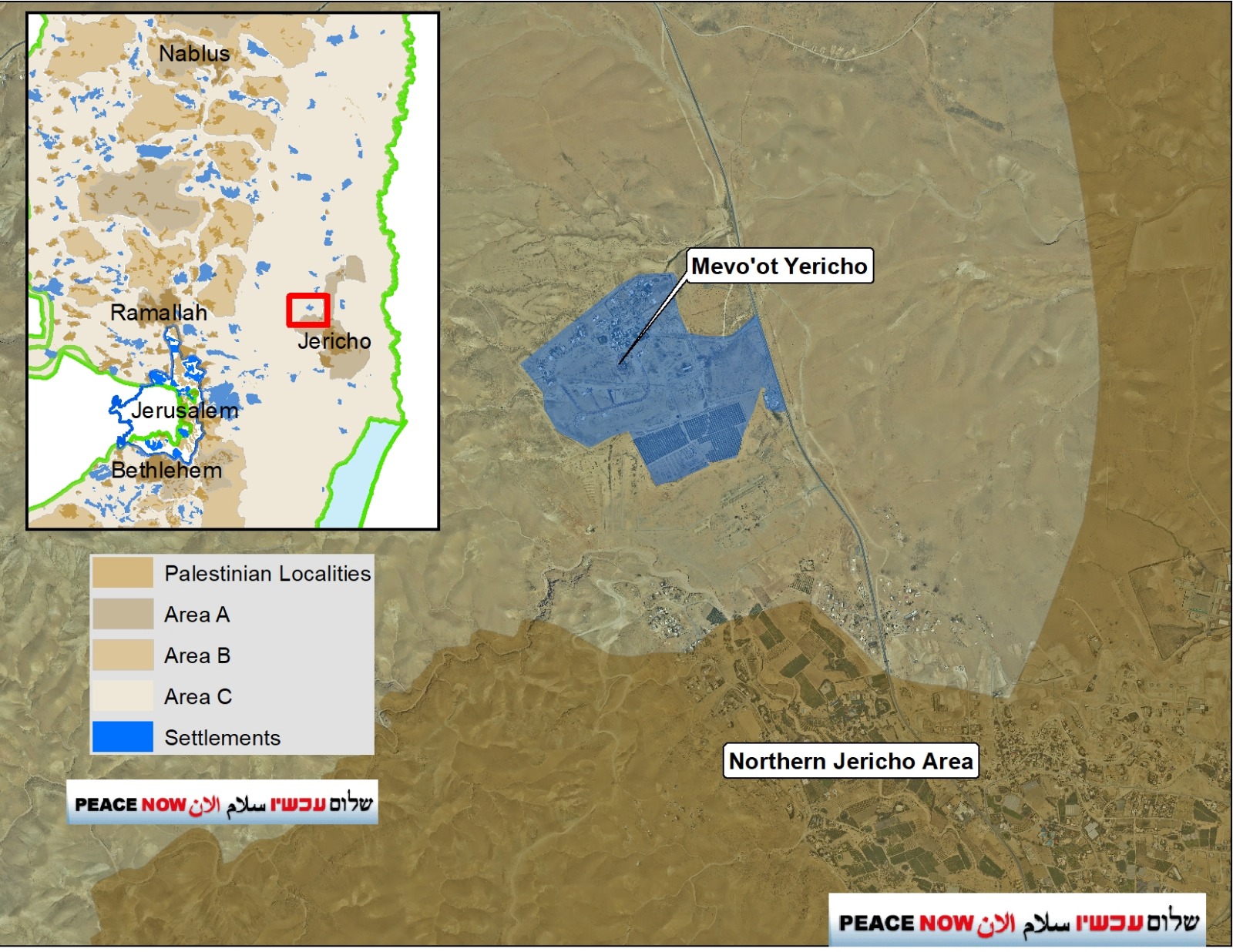