Construction Starts in Settlements were 9% Above Average in 2018

19,346 Settlement Units were Built in the Past Decade under PM Netanyahu

70% of Construction was in “Isolated  Settlements”

A. Construction in the West Bank in 2018 (East Jerusalem excluded)

2,100 new housing units began construction in 2018, 9% above the annual average since 2009 (1,935 units per year).
Nearly 73% (1,539 housing units) of the new construction was in settlements east of the proposed Geneva Initiative border, i.e. settlements likely to be evacuated in a two-state agreement.
37% (767 housing units) of the new construction was in areas that are east of the planned route of the separation barrier. Another 39% (824 units) was between the built fence and the planned route and only 24% (509 units) was west of the built separation barrier.
At least 10% (218 housing units) of the construction was in illegal outposts.
The vast majority of new construction, almost 90% (1,881 housing units), was for permanent structures, while that the remainder was mobile homes both in outposts and in settlements.
92 new public buildings (such as schools, synagogues etc.) started to be built, alongside 184 structures for industry or agriculture.
New private pools were built in five outposts – e.g. in Havat Gilad and in outposts near Itamar.
At least ten structures were built on private Palestinian land on about 10 dunams, and at least 37 additional dunams of private land were taken for the purpose of constructing a park, a road and dirt mounds left behind from settlement infrastructure construction.

Advancement of Plans and Tenders in 2018 (January-December)

5,618 housing units were advanced through plans in 79 settlements.
Almost 83% (4,672 housing units) of the planned units were east of the proposed Geneva Initiative border.
Tenders were published for 3,808 housing units, a record number of almost two decades. In addition, tenders for 603 units in East Jerusalem were also published in 2018.

B1. According to Peace Now’s count:

The Israeli Central Bureau of Statistics publishes quarterly data on construction starts in Israel and the settlements. The bureau’s figures do not specify the location of construction in the territories and therefore it is not possible to know where the construction was in relation to the Geneva Initiative lines, the Barrier, how many outposts were built, etc. Click here for more information on the difference between CBS and Peace Now data. According to CBS in the ten years of Netanyahu:

Construction – 18,502 housing units have been built in the settlements.
Population – Since the end of 2008 until the end of 2017, 120,518 settlers have been added to the settlements (2018 data will be published only in September). Of this number, at least 48,372 settlers were added to settlements that Israel will likely have to evacuate within the framework of a two-state agreement (east of the proposed border route of the Geneva Initiative).

Those figures are calculated by the Ministry of Finance every quarter and are submitted by the Israeli Central Bureau of Statistics to the US government, since President Bush’s decision in 1991 to deduct the sums that Israel invests in settlements from the loan guarantees given to Israel by the Americans.

It is important to note that this sum includes only the unique expenditures for the settlements, and not the defense and security expenditures, as well as some of the road construction expenses. Nor does it include the services given to settlers which would have been given to them even if they had lived inside Israel.

For the full data of government investments click here.
For the ICBS methodology and definitions click here. 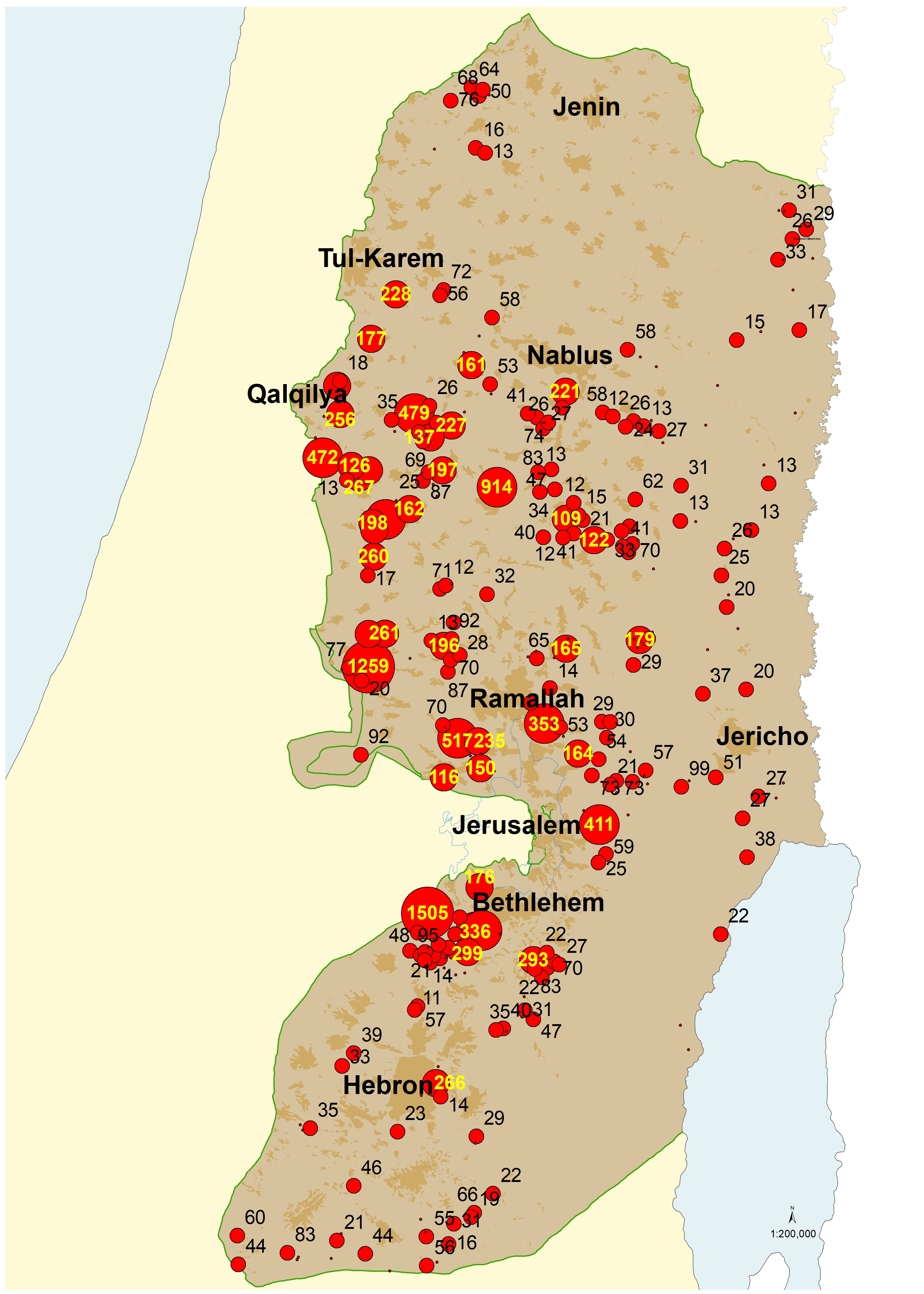 This means that the Israeli government is digging the country a pit to fall in. Every house built in the settlements and every family that moves there will need to be brought back into Israel in a painful and difficult evacuation. Even if the government does not believe that peace can be achieved in the near future, there is no logic to expanding the settlements and making the solution impossible.

Settlements with the most construction in 2018

Beitar Illit – The ultra-Orthodox settlement west of Bethlehem led 2018 in terms of new construction, with 183 new housing units, mainly in the new neighborhood, Beitar Illit C, which significantly expands the built-up area of the settlement to another ridge.

Elkana – The area between the settlements of Elkana and Etz Efraim south of Qalqiliya has been filling up in recent years with new 152 housing units that began to be built there in 2018. This creates a territorial contiguity that connects Elkana with Etz Efraim in the east and Shaarei Tikva in the west, effectively creating one larger settlement.

New Settlement: “Kedem” (Avnei Hefetz) – 108 new housing units began construction east of the Avnei Hefetz settlement. The developers are using a construction plan from 1998 and are marketing it as a new settlement called Kedem. In recent years, the same entrepreneurs have managed to establish another new settlement called Leshem, based on an old plan of the Alei Zahav settlement, and have also marketed it as an independent settlement. In 2018, 107 new housing units were built in Leshem.

A new official settlement – Amichai – Following the government’s decision to establish a new settlement for the Amona settlers who were evacuated from the outpost for having been built on private land, a new settlement called Amichai was established in the Shilo Valley area in 2018, with 41 housing units.

New settlement compound in Nativ Ha’avot – Following the implementation of the High Court’s decision to evacuate 15 housing structures built on private land in the Nativ Ha’avot outpost near Bethlehem, the government established 15 “caravillas” for the families in a new settlement complex on the lands of El Khader. Officially-speaking, the complex is part of Elazar settlement.

In the following photos, areas in blue are considered as “state lands”: 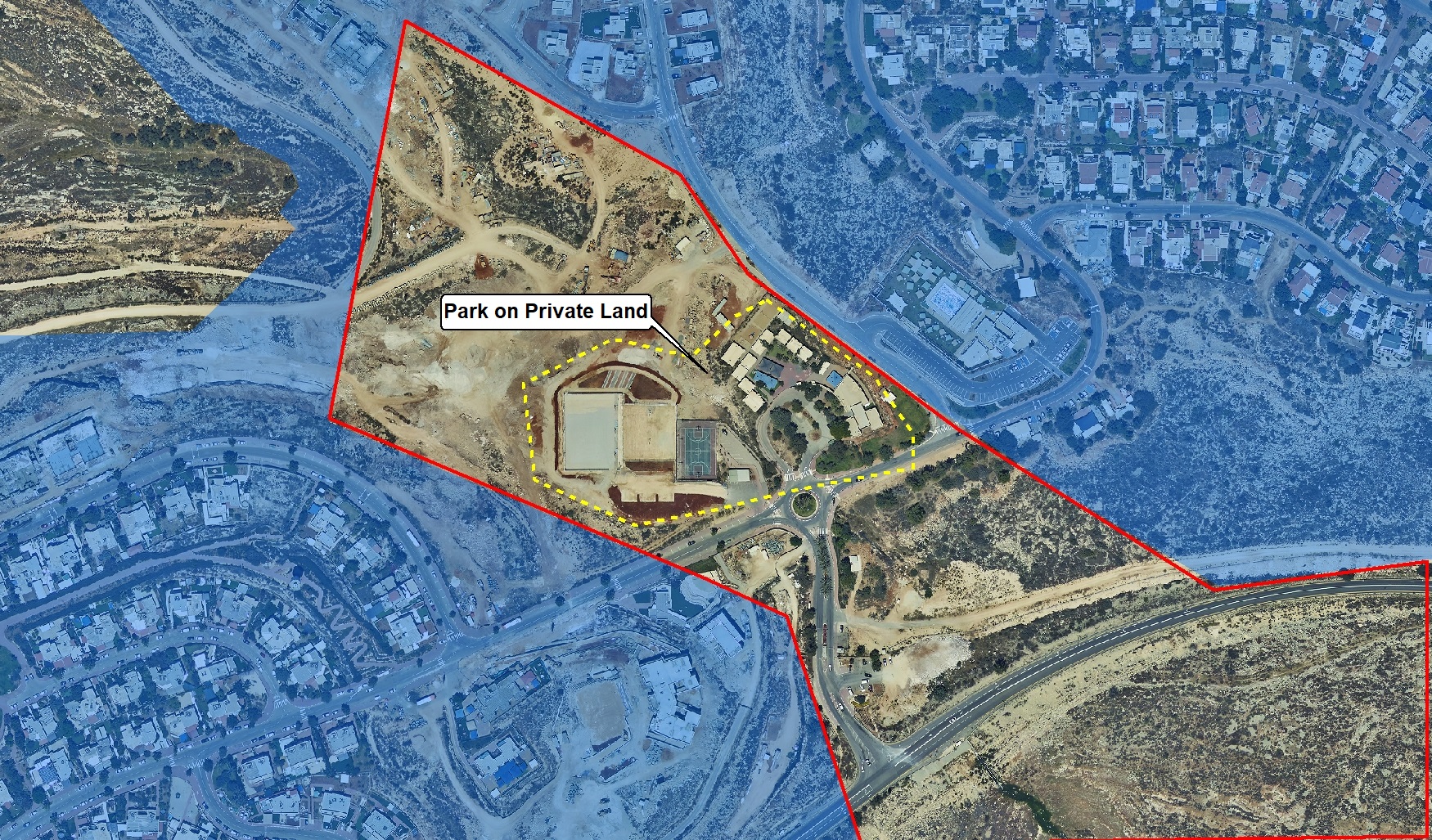 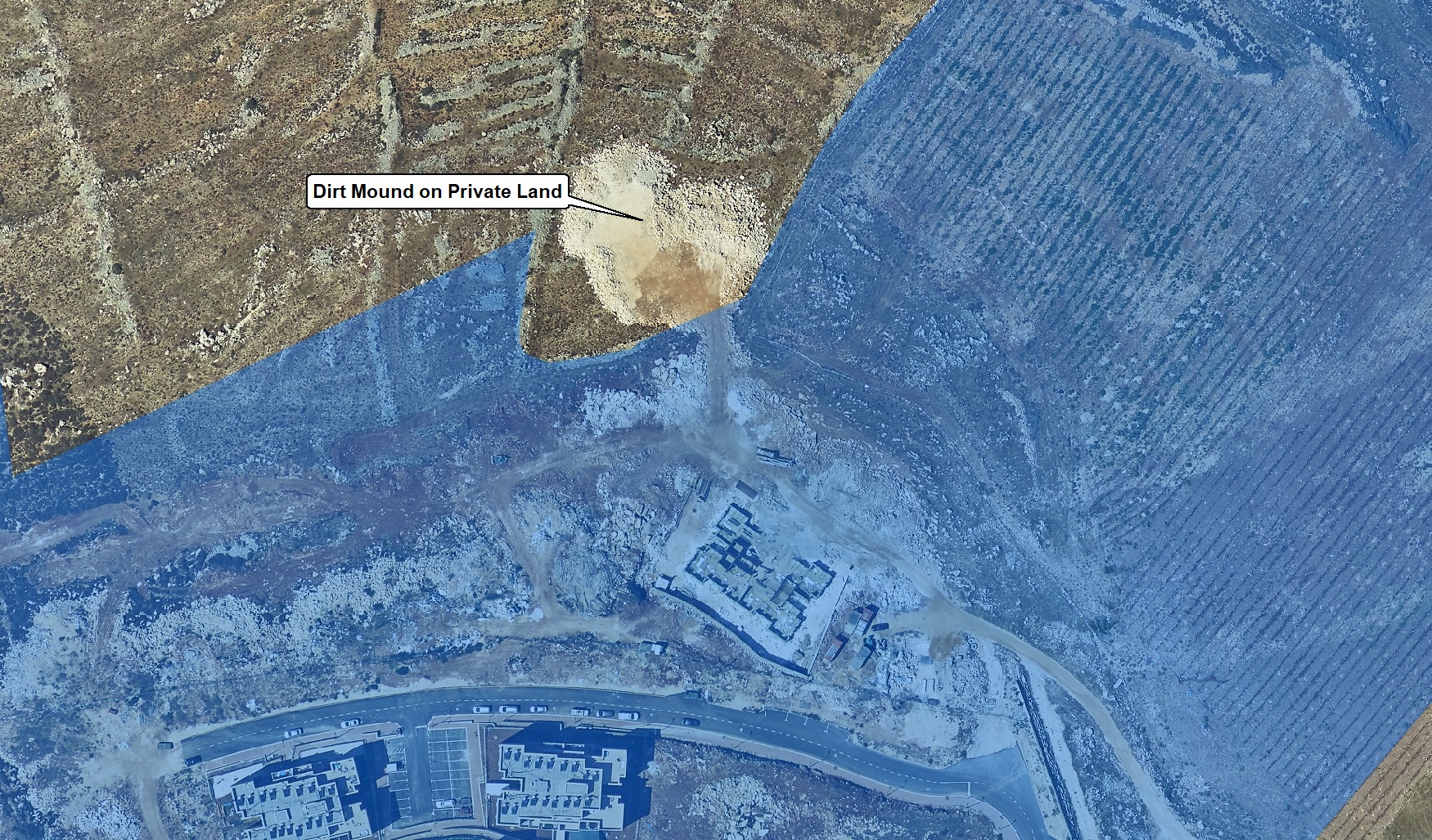 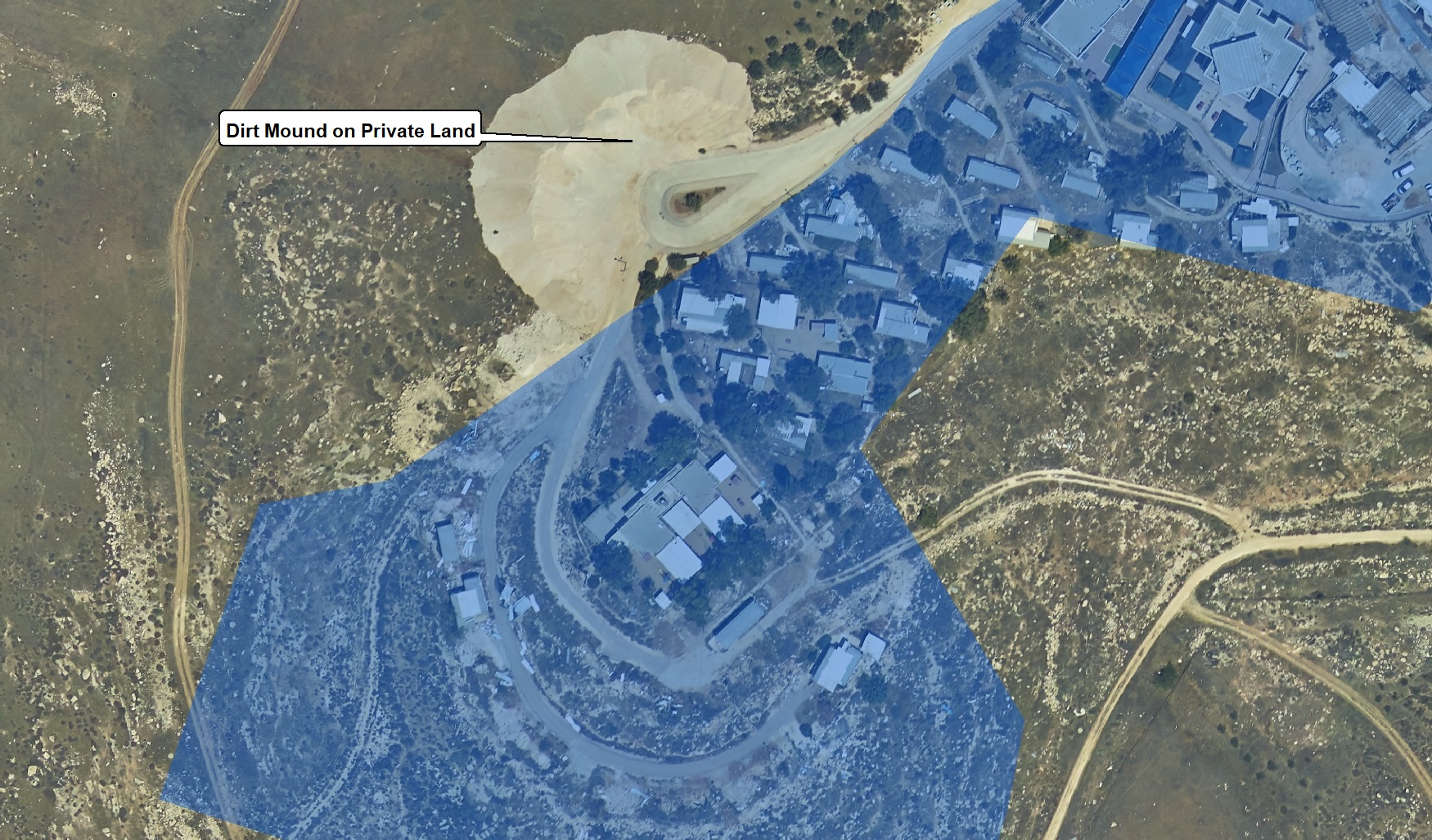 Map of the Construction in Settlements during Netanyahu's Decade 2008 - 2018