Yesterday (25/10), Prime Minister Netanyahu approved a budget of 800 million shekels for the promotion of a plan to construct roads throughout the West Bank. A letter sent yesterday to heads of local settlement authorities states that the plan will come into effect in the upcoming budget year and it includes the following roads:

Hawara Bypass Road – between Tapuah Junction (AKA Za’atra Junction) and Yizhar Junction, bypassing Hawara from the east, on lands of Hawara and Beita – 5.7 km, 1,191 dunams. The road will connect settlements in the Nablus area to Jerusalem through a highway.

Al-Aroub Bypass Road – Between Gush Etzion Junction and Carmei Zur settlement, on lands of Beit Umar and Halhul – 6.5 km, 1223 dunams. The road is meant to connect the settlements of Kiryat Arba, Hebron and settlements of the South Hebron Hills to Jerusalem through a highway without having to pass inside any Palestinian villages.

Qalandiya Underpass – A West to East road is which is meant to bypass the Qalandiya checkpoint and connect the settlements East of Ramallah to the center of Israel without having to pass through the traffic of Jerusalem. The road will require the establishment of another checkpoint in order to prevent the movement of Palestinians into Israel. In the future, another new road will connect to the underpass in order to connect it to the settlement of Kochav Ya’acov. We do not know at this point if the additional road is included in the budget approved yesterday.

Lubban Al-Gharbiya Bypass – 5.3 km, approx. 270 dunams.  The road is meant to create a highway between the settlement of Beit Arye and Israel proper, and to connect settlements West of Ramallah with Israel proper. The road had begun to be built as a part of the separation barrier project, and its development included the confiscation of lands for security needs. However, since the fence was not built in this area, the work on the road has not been completed, and the settlers are still using an old road, passing through the Palestinian village of Lubban Al-Ghariya. Several years ago the southern part of the road was completed, connecting Beit Arye and Ofarim to each other, but the part connecting them to Israel has not been built. For more information click here.

Doubling road number 446 beween Modi’in Illit and Shilat – approx. 3.5 km, 150 dunams. The road is meant to ease traffic by the settlements of Modi’in illit and Hashmonaim, and to ease the access of settlements West of Ramallah to the South of Jerusalem.

The plan also includes road lights and cellular infrastructure in areas were service is poor.

It is worth noting that planning and construction of other roads in the West Bank is currently taking place, including the east wing road, another tunnel in the tunnels road, an underpass in Adam and more.

The projects mentioned above have far-reaching implications in terms of reaching a two state solution as on the one hand expansion of settlements connected to the roads is expected to accelerate and on the other hand the possibility for Palestinian development will be limited or eliminated in those areas.

The planned roads, aside from the road connecting Modi’in Illit with Israel Proper, are meant to serve settlements located deep in the West Bank, which will not be a part of Israeli in the framework of an agreement according to the Geneva Initiative’s proposed boarder.

Historically, the paving of bypass roads has led to an acceleration of the development of the adjacent settlements. Here you can see Peace Now’s analysis on the impact of the construction of the road bypassing Bethlehem on the east (“Lieberman Road”) on the settlements around it overtime. 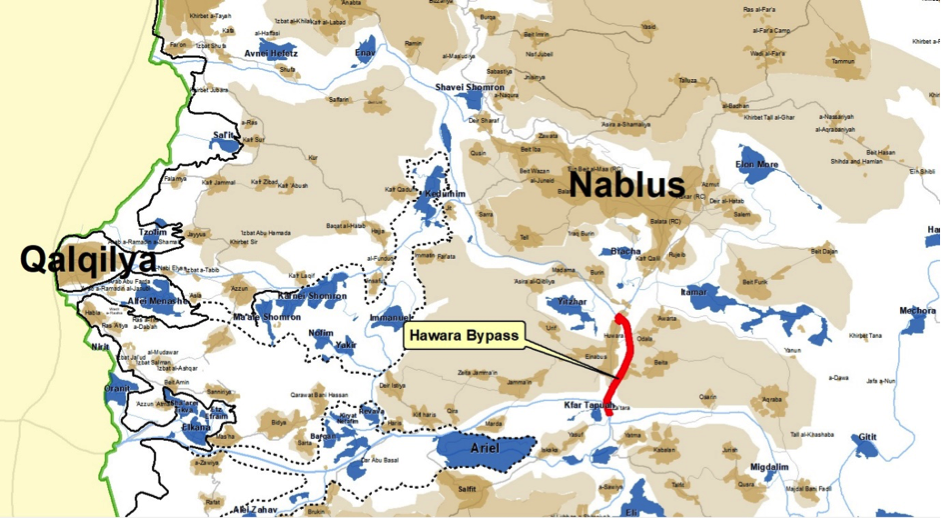 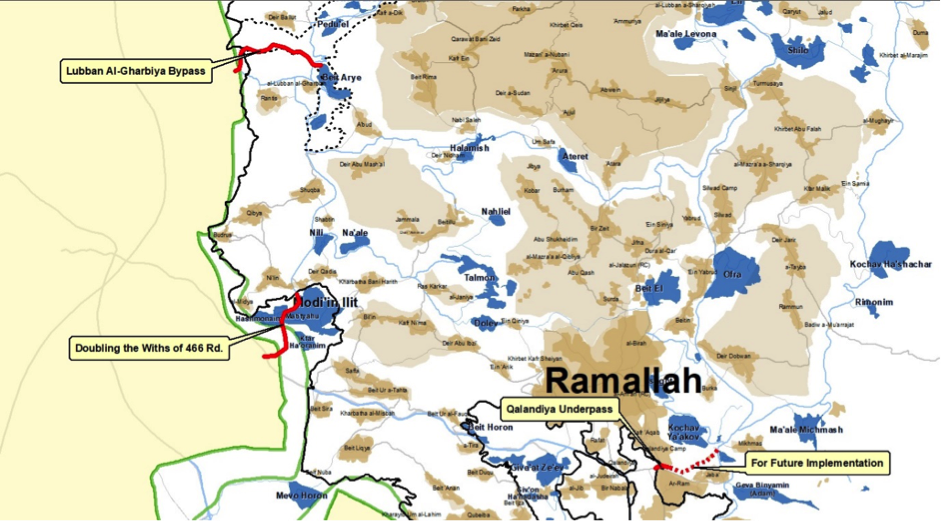 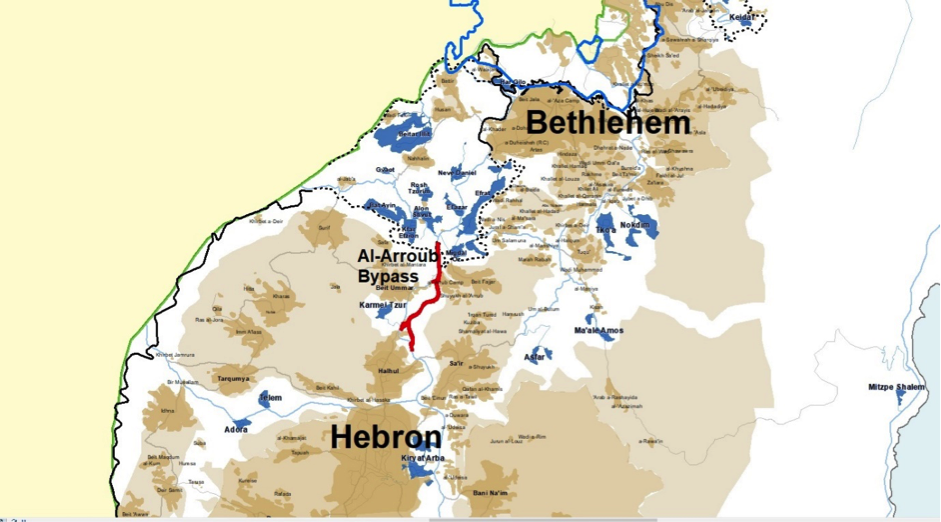