The settlements have created a one-state reality in Israel, wherein Israelis have rights and Palestinians don´t. This oppressive system of control must be stopped. It´s time for Israel to end the occupation, it’s time for two states for two nations.

The new settlements map from Peace Now is a comprehensive and up-to-date tool for understanding the current situation of Israeli settlements in the occupied territories of the West Bank and East Jerusalem. This map provides detailed information about the location and size of the settlements and illegal outposts, allowing for a clear and accurate portrayal of the current state of settlement expansion. 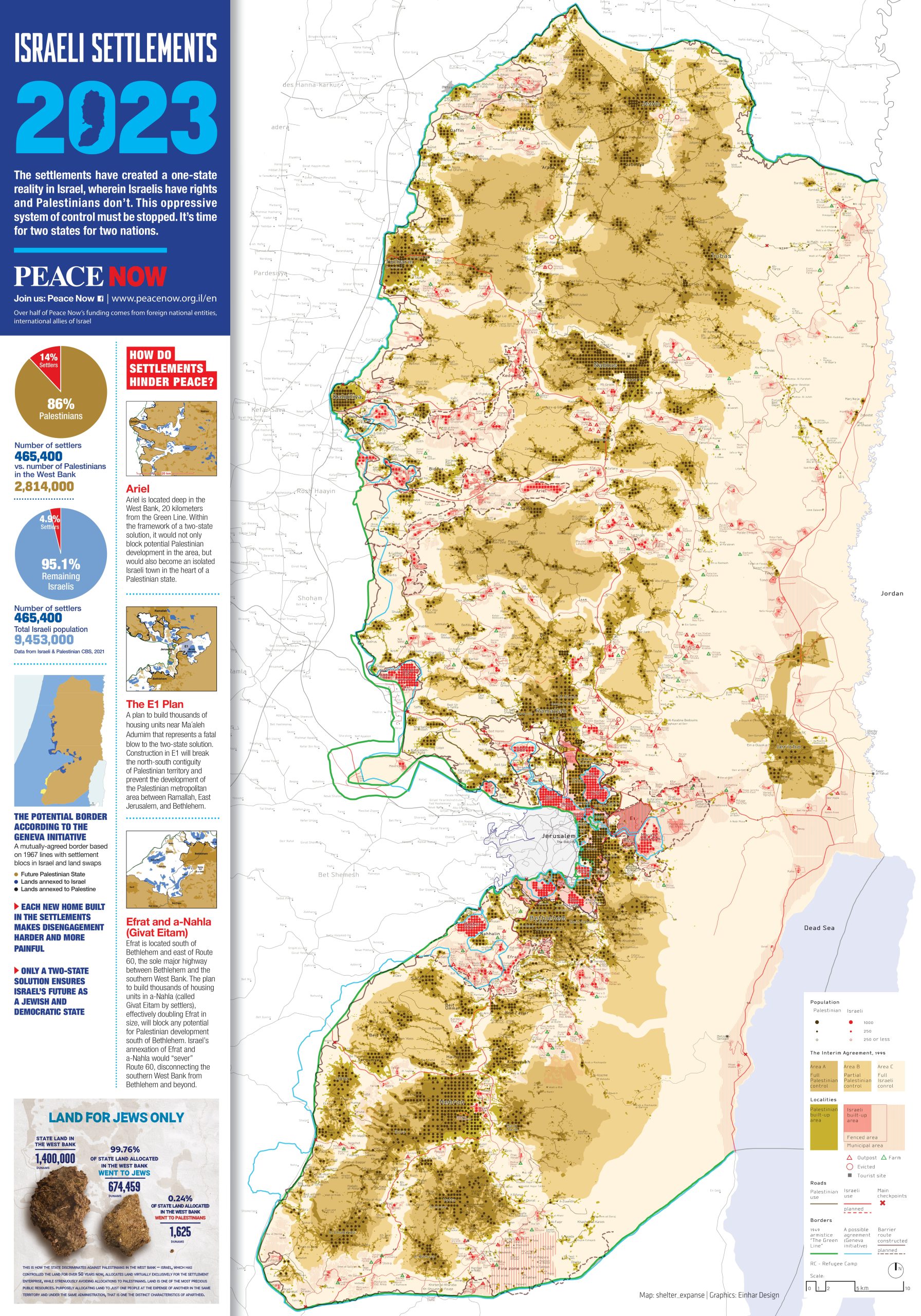